A handful of games Josh actually played (and enjoyed) in 2018

I never fail to panic every time I realize Game of the Year season is coming up, but 2018’s frenzy was especially intense because, as I considered my favorite games (and anime, because that’s how I do this piece every year) I realized that for the life of me, I couldn’t remember a single thing from 2018 I had played or watched!

Of course, this claim is objectively untrue. I *did* play a number of games and watch a number of anime series in the year 2018. That said, actually *finishing* anything I wasn’t under a professional obligation to see through was the real challenge, and as it turns out, being left unfinished tends to have a deleterious effect on a game or show’s memorability.

As to why all that happened, complications ranged from changing circumstances at my day job reducing my free time, to taking up *way* too many new time-sucking mobile games, to the increasing irrelevance of Japan’s seasonal broadcast pattern in the age of streaming and binge-batch licensing. Whatever the excuse, the result is a ton of things on my award shortlist that were left undone on the to-do list.

Let it never be said, however, that an unfinished game can’t have some kind of impact, which should at least be enough for a silly little personal list like this.

Best Game I Barely Gave The Time of Day 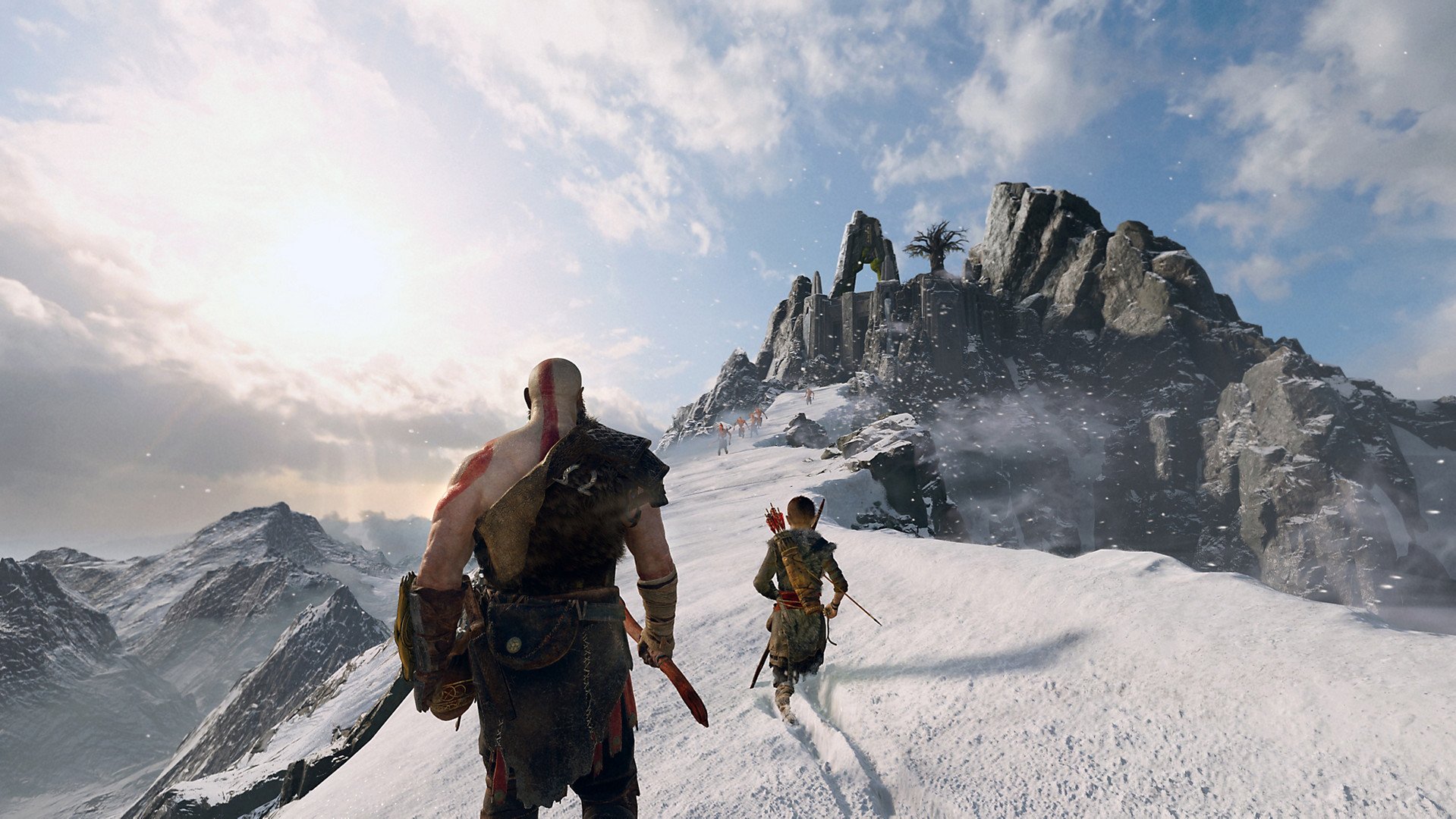 Never preorder games. Also, never buy games before you’re ready to actually sit down and play them. This should be common sense for a lot of folks, but it was a rule I broke often this year, and always to my regret, as I picked up a number of the year’s biggest releases only to put them on the backburner once a new event in Fate/Grand Orderor Granblue Fantasypopped up. By the time I did finally get around to them, the games were quite a bit cheaper, meaning I could’ve saved quite a bit of money (that could’ve been spent on the gacha instead).

God of War was quite good! But it could’ve been even better had I purchased it a little later in the year and not let it sit on the shelf for months, thus allowing my impressions to be bathed in the rosy glow of enjoying a discount as well as a masterfully well-produced action game on a platform at the height of its power and influence.

Learn from my folly, dear readers. 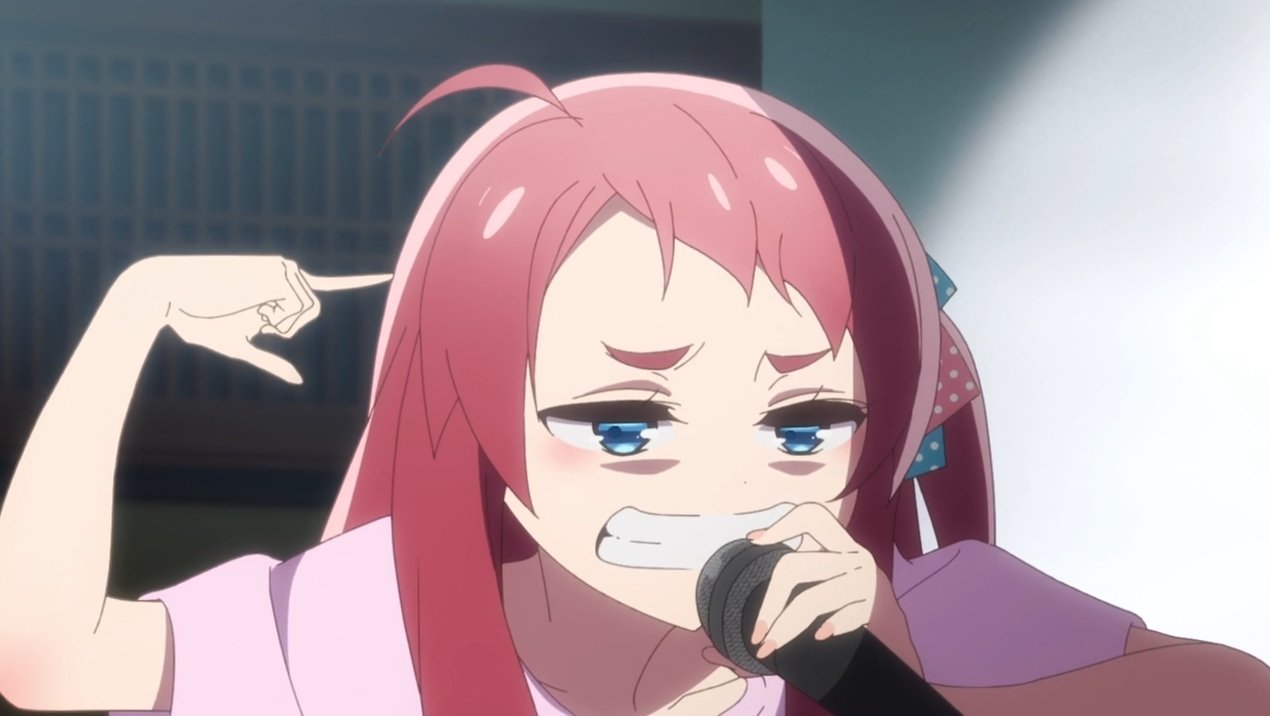 Zombieland Saga and Return of the Obra Dinn

The margins are always full of fun, weird stuff, if you know where to look, but it’s also fun when something pops up front and center, and that was the case this year with Zombieland Saga, a zombie-idol anime that’s a stealth tourism commercial for Japan’s Saga prefecture, and Return of the Obra Dinn was an insurance adjuster sim that was secretly the best detective game ever made. 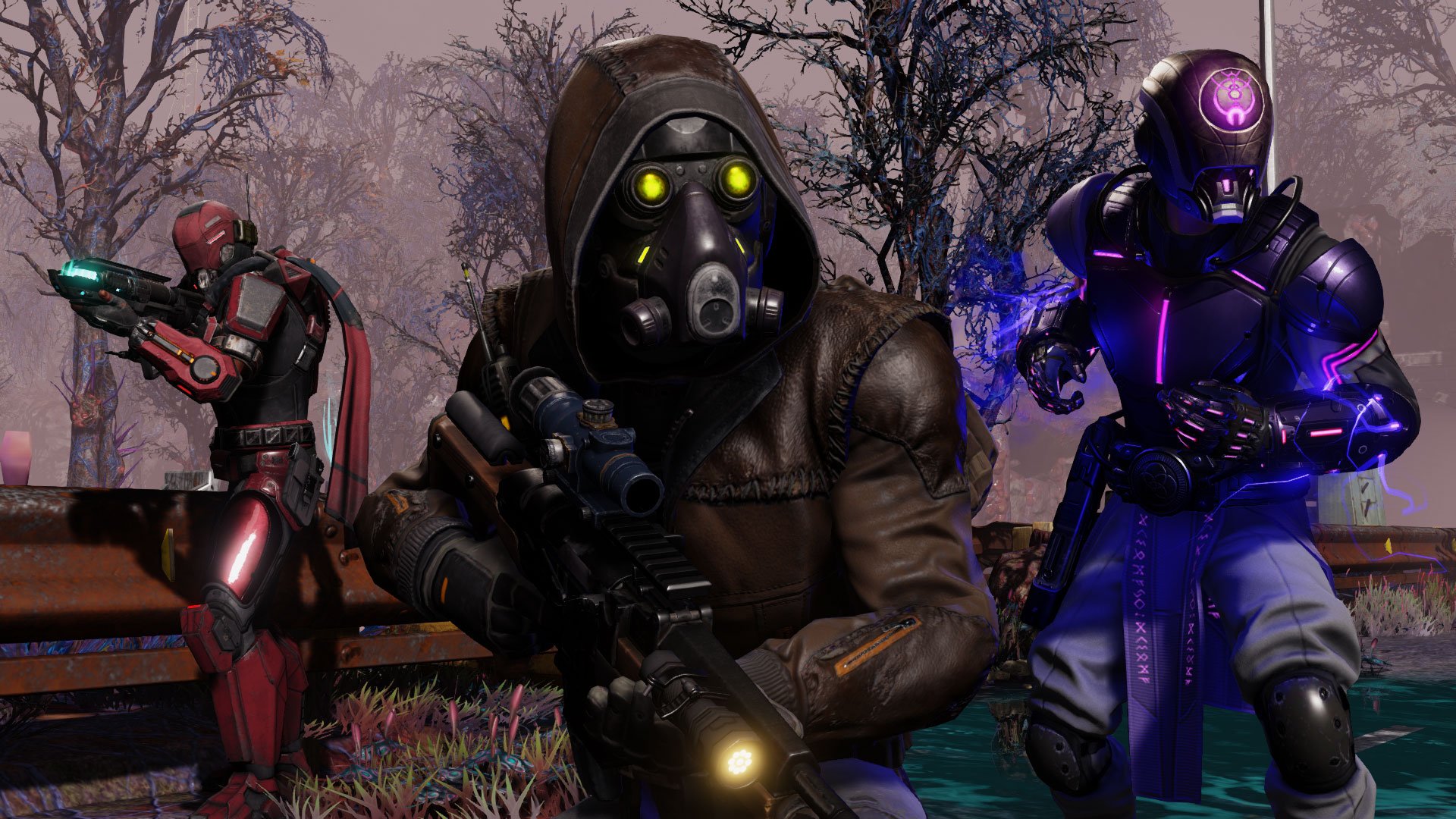 XCOM 2: War of the Chosen

I was all in on XCOM 2when it came out, but even I couldn’t hide that, despite the many changes and improvements Firaxis made to the template established by XCOM: Enemy Unknown, something was missing. Part of that was handled by Pavonis’ Long War 2 unofficial expansion, but for me it was the addition of the War of the Chosenexpansion that knocked it home. Unlike the original X-COM, modern XCOMgames have always leaned a little harder into the fantasy of letting players build up a squad of alien-killing superheroes. Though great expense and risk were always involved, the payoff was always guaranteed. War of the Chosenintroduced the Chosen, a group of the aliens’ own superheroes to counter you, and it worked out quite well, even as XCOM got their own powerful “hero” units in the form of factional soldiers. 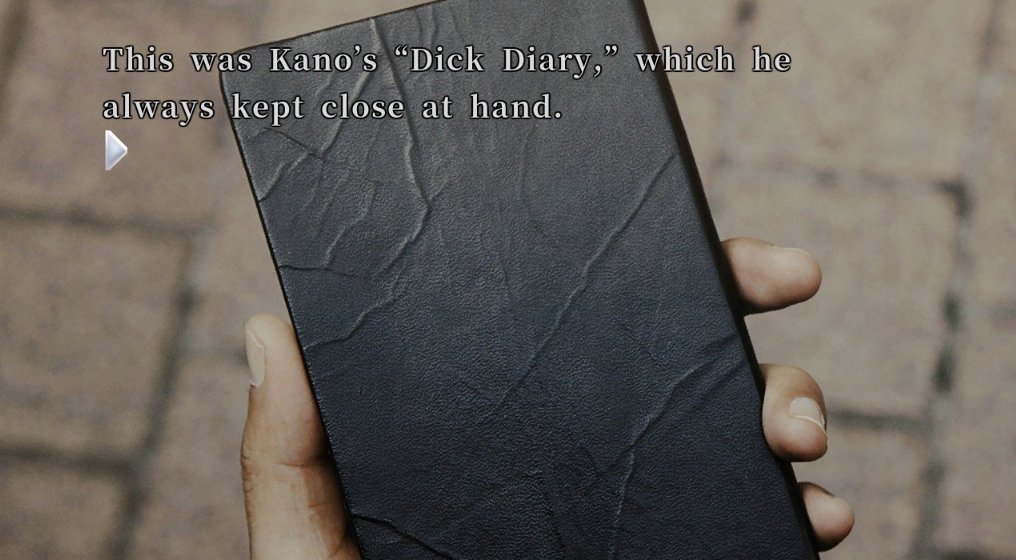 If the overriding theme of my 2018 media consumption has been to leave something halfway done, only for it to be tossed onto a comically large pile of backlogged items, I did manage to actually binge a couple of things, start to finish, without regrets.

On the game front, Spike Chunsoft’s absolutely engrossing 428: Shibuya Scramblereminded me that other formats of Japanese adventure exist, and its use of live photography and FMV struck me as relentlessly refreshing in a field that’s invariably associated with cutesy anime characters.

Violet Evergarden, while utterly gorgeous, didn’t come together as well as it could’ve. It was by turns cheesy, corny, and almost ridiculous in its melodrama of a very pretty girl learning about how to feel feelings. At the same time, when it worked, it worked, and one episode, in particular, had me in real actual tears by the end, a phenomenon so rare with me when it comes to media that I can’t help but honor whatever managed to elicit that reaction. 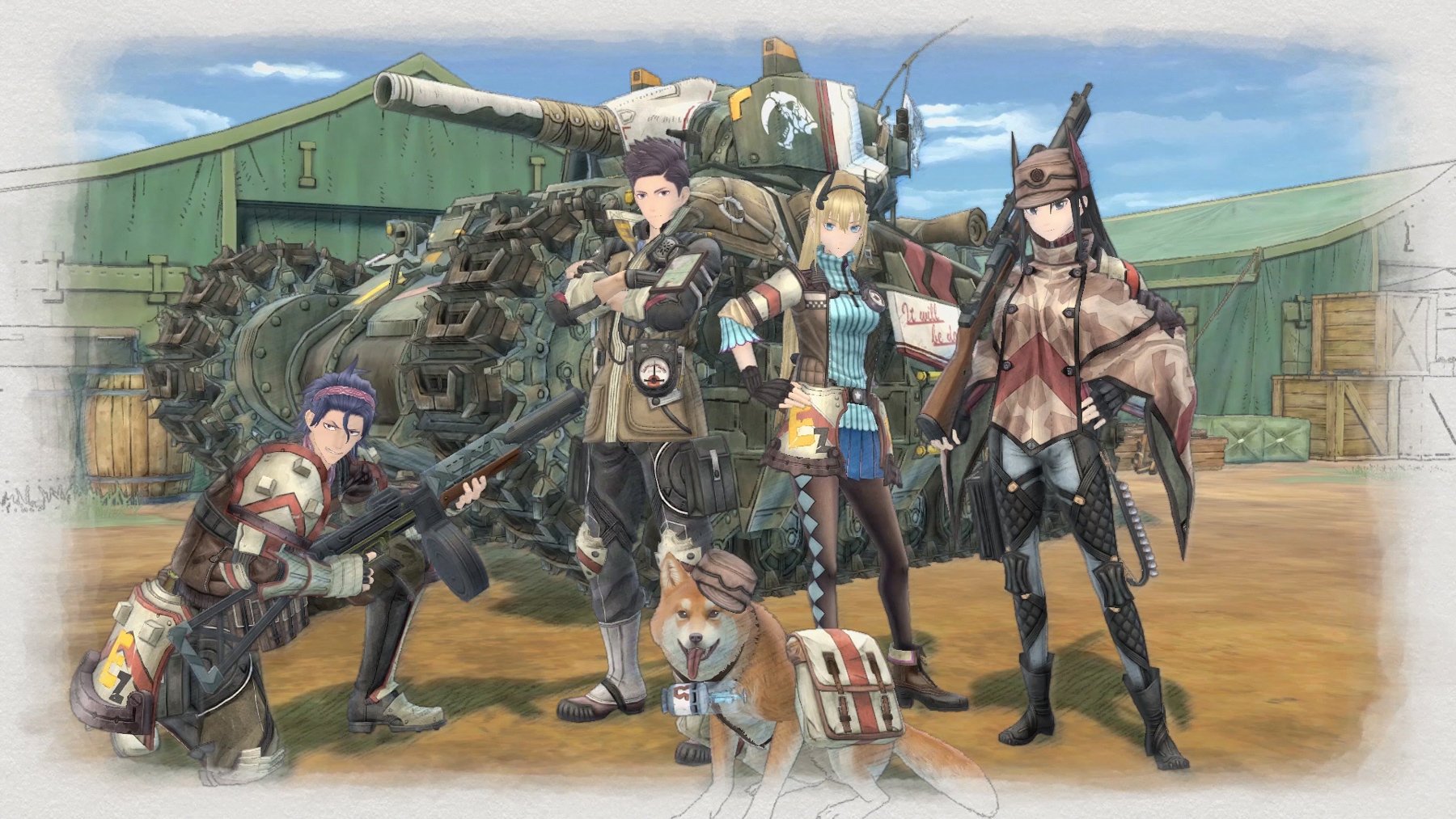 Valkyria Chronicles had very little to prove to me when Sega committed to revitalizing the franchise back then, but it did it anyway. I was all but resigned to seeing it as a weird, wonderful artifact of the PS3 and PSP era, never to be seen again, but they did it. To the real diehards the new entries could be seen as a step back in some ways from Valkyria Chronicles 3, but the fact that the game proved the franchise wasn’t just some one-off is worth noting and celebrating. Now it’s on them once more to prove they can move forward without messing it all up again. 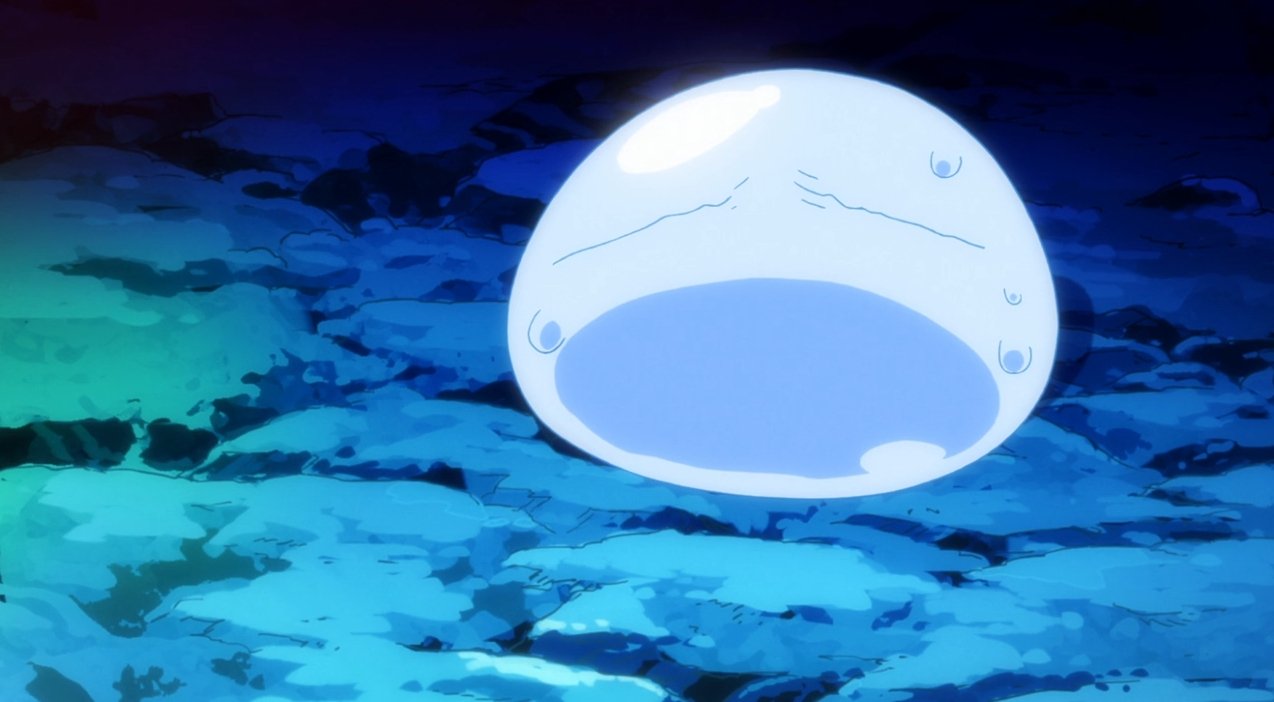 Dragon Quest XI and That Time I Reincarnated As A Slime

I may be hot and cold on isekai anime most days, but there are definitely times when I find their stuck-in-another-world power fantasies appealing. Of late the trend has been to trap their milquetoast everyman protagonists in worlds shamelessly derivative of Dragon Questand other classic fantasy JRPGs. It just goes to show how much of a cultural touchstone Dragon Quest is for Japanese folks, but more interesting to me is how the layering of game-related meta-plotting and whatnot makes the usual naked power fantasy of these shows that much more appealing to me than an isekai show that just took place in an original, non-game-filtered setting.

2018 was particularly ripe for takes on Dragon Questtoo, with multiple series seeming to take inspiration from it in various ways. For games, the best of these was naturally Dragon Quest XI, an explicit return to form for the series after a long time catering to less typical platforms.

While nothing does Dragon Questlike Dragon Quest, the best anime to do Dragon Questthis year was That Time I Reincarnated As A Slime. It may not be as explicitly game-derived as, say, last year’s Konosubaor the recent season of Overlord, but its protagonist is a goddamn slime, the classic Dragon Questmonster. It also helps that its power fantasy is actually fun to watch.

Comfiest Anime and Game of 2018 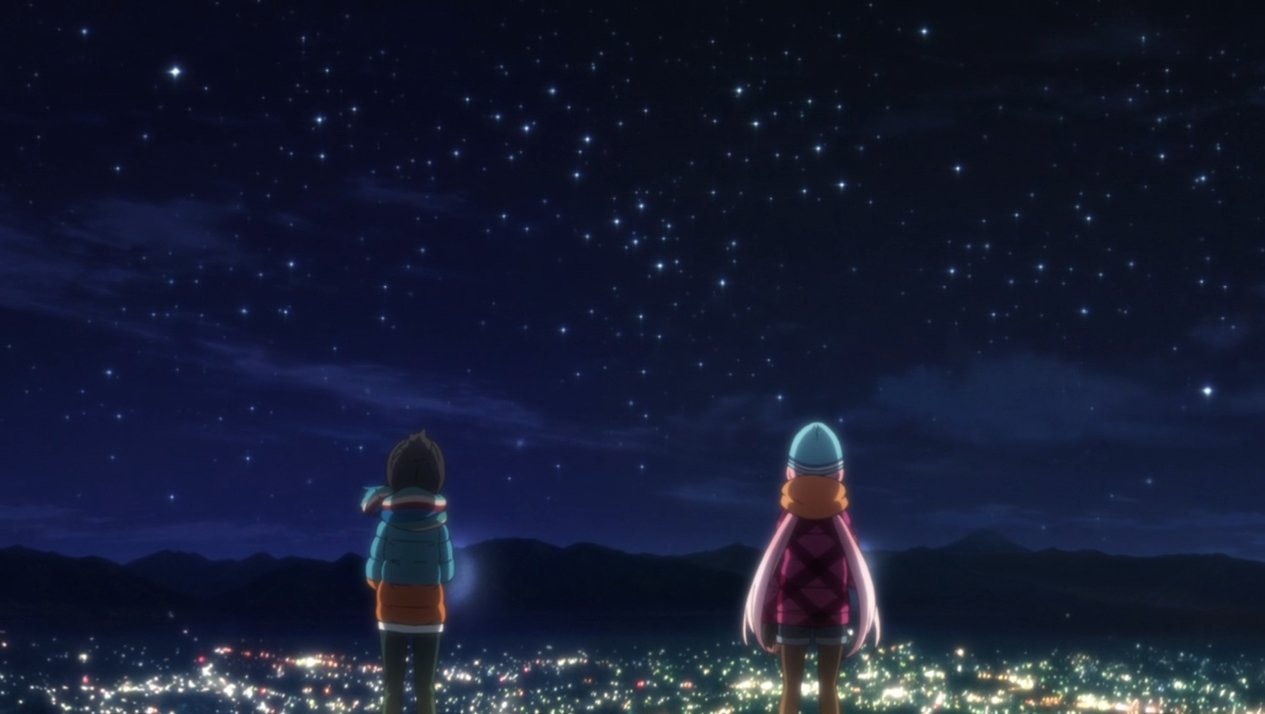 I love comfy media. This year, for me, has been especially rich in games and shows I can return to over and over as the year progresses, just to relax or simply bask in some warm feelings.

That might not be the reaction Bungie wanted to get from me with the very dark and grim storyline of Destiny 2: Forsaken, but I think they’ll be satisfied to know it’s the changes that Forsaken brought which got me back on board the Destiny wagon after falling off it hard shortly after the original release.

Meanwhile, Laid Back Campcame in early this year, and still remains a marvel of good feelings. Say what you want about the “cute girls do cute things” subgenre, but including education, cuteness, and even character development in a show about a bunch of Japanese highschoolers going off on weekend camping excursions hits the spot. 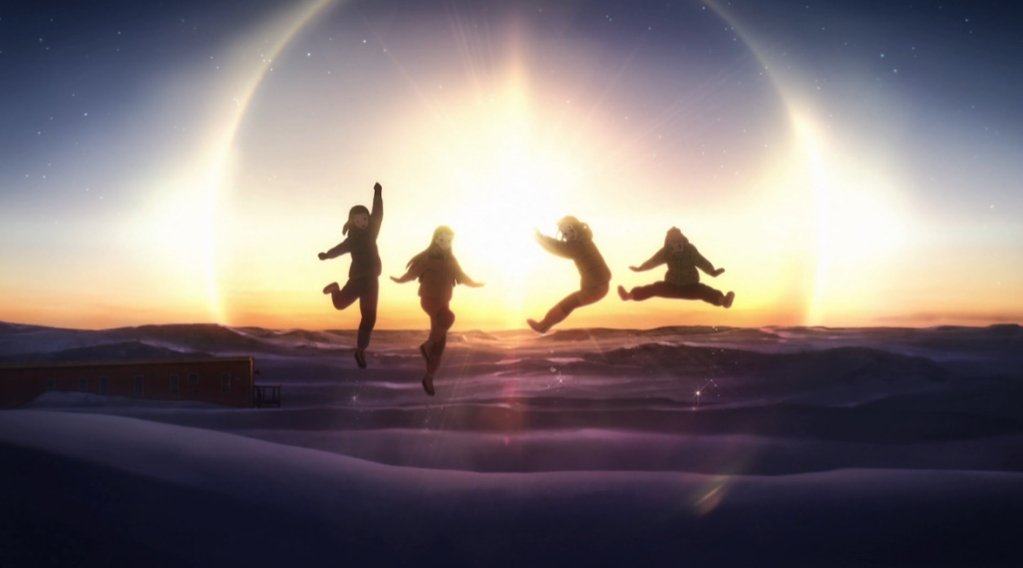 A Place Further Than The Universeand Marvel’s Spider-Man

Is there that much more to say about Spider-Man? It’s the Spider-Man game I’ve been wanting since Spider-Man 2and gets our friendly neighborhood web-slinger better than a lot of the actual Spider-Man comics seem to some of the time.

Meanwhile, if Laid Back Camp featured cute girls doing cute things, A Place Further Than The Universefeatures cute girls doing amazing things, like going all the way to Antarctica and coming of age. Watch it!