Yesterday saw publisher Dotemu come leaping out of the sewers (erm… no offense) with the announcement of a brand new Teenage Mutant Ninja Turtles arcade brawler.

TMNT: Shredder’s Revenge is in development for PC and consoles at Tribute Games – a studio not only responsible for the enjoyable Mercenary Kings, but who also houses developers who worked on Ubisoft’s great 2010 brawler Scott Pilgrim vs. The World: The Game. Powered by this trinity of brand, studio, and frenzied fan nostalgia, it’s fair to say that much of the internet lost its collective mind when the trailer dropped yesterday morning.

From the short gameplay teaser, it’s clear that TMNT: Shredder’s Revenge is hoping to capture the awesome multiplayer action of Konami’s 1989’s arcade classic Teenage Mutant Ninja Turtles and its 1991 sequel, Turtles in Time. With fans suffering from severe shell-shock at the announcement, there’s a few details featured in the trailer that might’ve passed them by.

Excitably, the animated prologue features a sequence where April O’Neil lays waste to two Foot Clan suckers, with the Channel 5 news reporter landing a sweet jumping side-kick. This is then followed by a shot of the Turtles’ tutor, Master Splinter, ninja-dashing through a sewer tunnel, swinging his walking stick like a maniac. These scenes imply – though this is purely speculation – that both characters might be playable in the new brawler. After all, it’s rare for Miss O’Neil to be depicted kicking ass in such a fashion. I certainly hope these icons join the roster, and I’m sure many of you would agree. 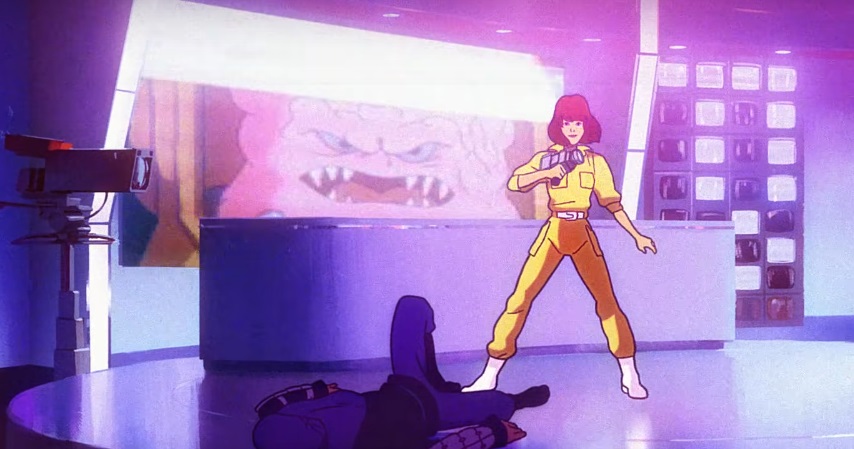 In terms of villains, we get to see The Shredder and his Foot Clan, as well as the gruesome twosome of Bebop and Rocksteady. Also putting in an appearance in the prologue are doomed scientist Baxter Stockman, a Triceraton, and a destroyed “Mouser” – Stockman’s troublesome, sharp-jawed battle droids. Most notably, during April’s close-up, we can see the grisly visage of Dimension X ruler Krang, briefly glimpsed on a TV screen behind her. 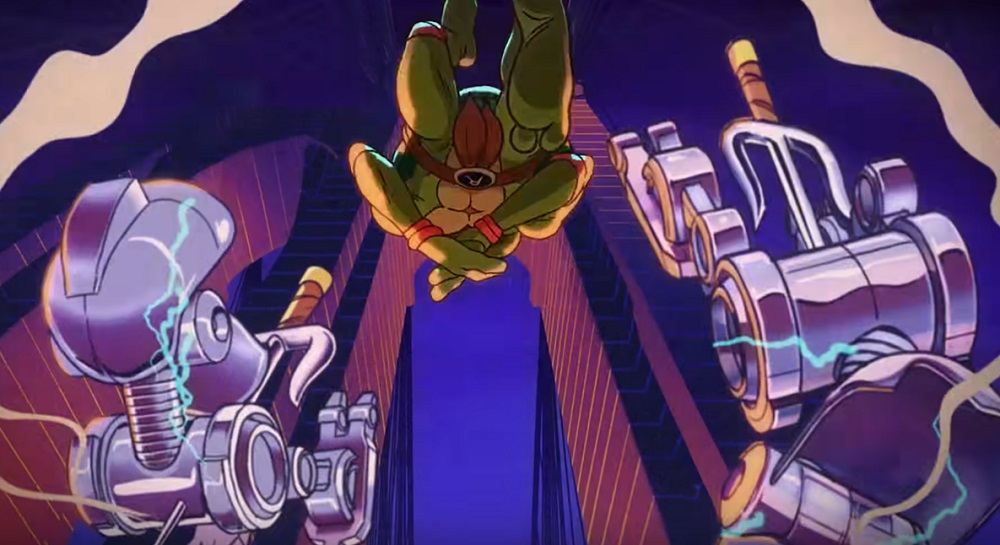 Perhaps the most surprising appearance of all belongs to Faith No More vocalist and avant-garde musician Mike Patton, whose performance of the TV show’s iconic theme soundtracks the trailer. While TMNT is definitely a far cry from the works of Mr. Bungle or Fantomas, the addition of Patton adds a delightful element of… well… insanity to the whole affair.

Dotemu’s work with recent releases such as Wonder Boy: The Dragon’s Trap and the excellent Streets of Rage 4 has afforded them the reputation of retro remake masters. Afforded deep fighting mechanics, fun features, a solid selection of characters, and plenty of fan-pleasing cameos and Easter Eggs, (Casey Jones, anyone?) TMNT: Shredder’s Revenge could prove to be the finest digital Turtles release since 1993’s Tournament Fighters. One thing’s for certain… it’s going to be a long wait…

Now, if you don’t mind, I have to go and start my online petition for Irma DLC.