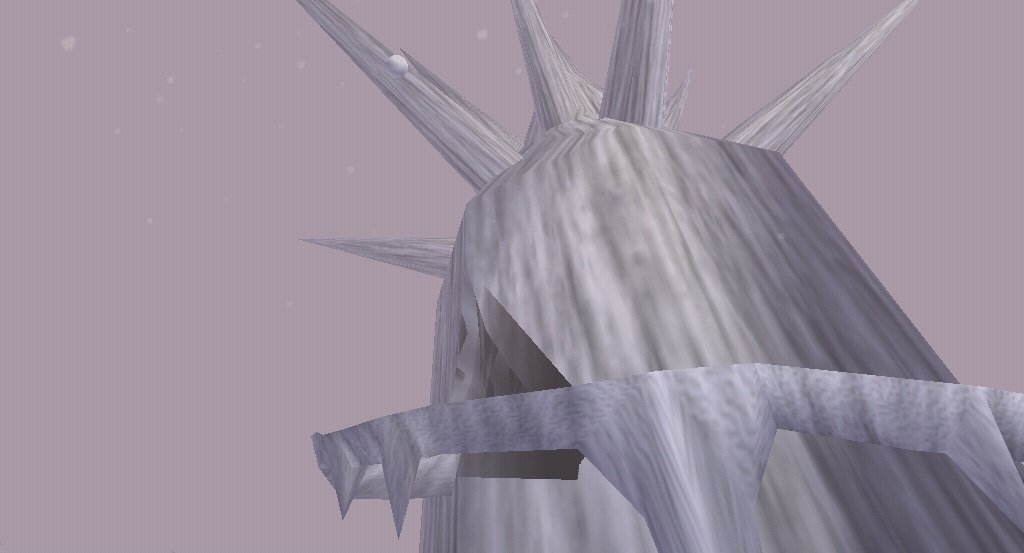 What’s cooler than being cool?

It’s December and in a few short weeks, Santa Claus will be shoving his fat ass down the chimneys of the all the good boys and girls to deliver gifts their parents bought with credits cards and will be paying off for the next 11 months. Tis the season to be festive with colorful lights, trimmed trees, and tacky-ass lawn decorations popping up in front yards across the world. What better day than today to talk about the best feature of my favorite season: winter snow.

I live in the Bay Area, and before here I lived in Southern California, so I don’t get snow on the regular. In fact, growing up in Western Washington, I could probably count my fingers and toes the total number of snow days I had in my 14 years of living there. Perhaps it’s the wanting that makes me love snow so damn much. I’ve had a lifetime’s worth of rain, clouds, and sun, I want some goddamn snow.

The only place I can regularly experience the true winter season is in video games. Winter in Animal Crossing is a constant delight, playing snow levels in Mario or exploring vast, frozen tundra in Dragon Quest gives me a taste of that winter weather I miss out on in real life. There are so many wonderful snow-filled stages I could write about for this week’s Destructoid Discusses, but the one that’s had the biggest impact on me is the wintery streets of Silent Hill in Silent Hill: Shattered Memories.

It’s easy to think of winter and December in particular of being a joyous time of year. Everyone is either happy or totally stressed out about trying to make others happy. But winter can be so much more than that. It can be romantic, with two people huddled close for warmth as they fall in love. It can be depressing as those early nights and the sights of others spending time with their family and friends showcase just how alone some of us are. It can also be terrifying. There is nothing more frightening than the unknown and the long nights of winter are painted in an inky abyss. Think 30 Days of Night or Let The Right One In or, because this is still mostly a video game website, think Shattered Memories.

The town of Silent Hill is as big a character as Pyramid Head or Harry Mason and this game is the town at its best. While searching for his missing daughter, Harry finds his way through the snow-covered streets, backyards, and backwoods of the titular town. Making my way through the woods in the dead of night? Terrifying. Exploring the abandoned amusement park? Gave me goosebumps. The last mad dash to the lighthouse? One of the most memorable sequences from any game I have ever played.

For a lot of reviewers, Shattered Memories’ potential was undone by how scripted and blatantly foreshadowed the horror segments were. For me, it’s the Resident Evil 4 of the franchise: something so transformative that it’s hard to compare to games that came before it, but certainly a fantastic piece of art in its own right.

I normally place an image in the section above because I feel like it’s the most effective way to convey my choice, but for this one, I just had to embed the soundtrack.

Brave Fencer Musashiis an incredible game, but I only realized recently why it’s so engrossing — the buildup. You don’t just happen upon areas in this interconnected action RPG, as they all feel like they belong organically.

One could make the biggest case for the Ice Palace, which has a very strong buildup as players are tasked with navigating the Snow Labyrinth — an area with a mystifying original song that operates similarly to the Lost Woods in Zelda. At that point, the palace is the reward, as is the boss fight with the memorable Frost Dragon.

I’m so glad I still have a copy of this!

Despite loving snowy forests, I can’t really think of many snow levels I’m fond of. For me, I guess I’ll have to go with my favorite Zelda game, Majora’s Mask, and Snowhead Temple. While I wouldn’t call the design of it the best dungeon in the game, that final boss battle is awesome and it’s great to see the Goron’s in a different kind of environment.

The whole plotline for the area is really tragic and I love helping the Goron’s reclaim their land. You also get the second best sword in the game from Snowhead (The Gilded Sword) and the aftermath of beating the temple sees the land restored to a beautiful forest. Those damn frogs can go to hell, though. 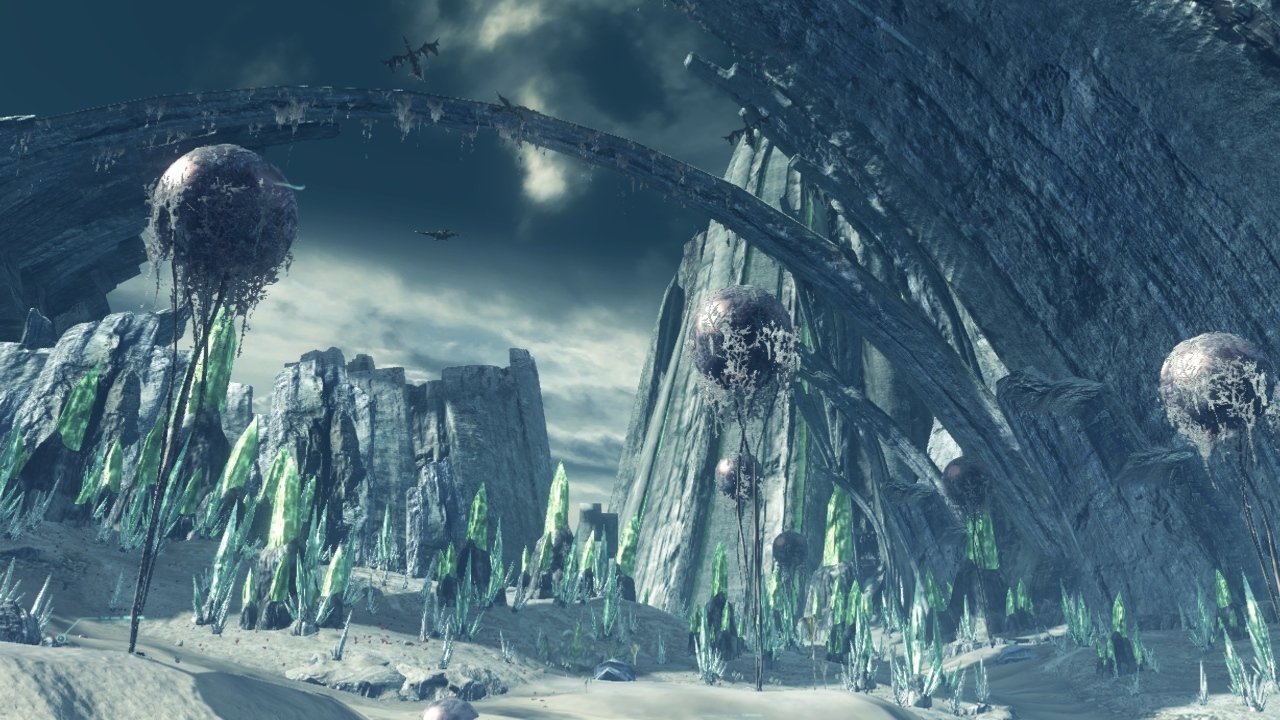 How fitting that in the same week Xenoblade Chronicles 2 comes out, CJ gives me yet another perfect opportunity to gush about this series for a bit.

If there’s one thing the Xenoblade series is known for it’s the environments of the overworld. The original game set a massively high bar, and X focused on it even more. It should come as no surprise then that my favorite snow areas also come from these two games.

Xenoblade Chronicles gave us Valak Mountain. Located on the Bionis’ right arm and shielded from the sun, this snowy mountain stands in stark contrast to the sprawling fields and lush forests you encountered before. But Valak Mountain really shines at night, literally. All of the ice pillars start to glow yellow at night, which makes for some truly magical sights.

X followed up with the region of Sylvalum. This region varies between frozen lakes, snowy mountain ranges, and most notably a giant orb-like tree that you can see from almost anywhere in the game. It should come as no surprise that the tree also glows at night. On top of all of that Sylvalum also hosts some of the prettiest weather events in the game, such as energy mists and crimson auroras. They’re just as mystical as they sound.

Finally, both of these areas host some of their respective games’ best and most soothing music.

When it comes to exploring themed environments the Xenoblade series remains the one to beat, and I wouldn’t be surprised at all if I ended up adding a third favorite snow area after playing through Xenoblade Chronicles 2. 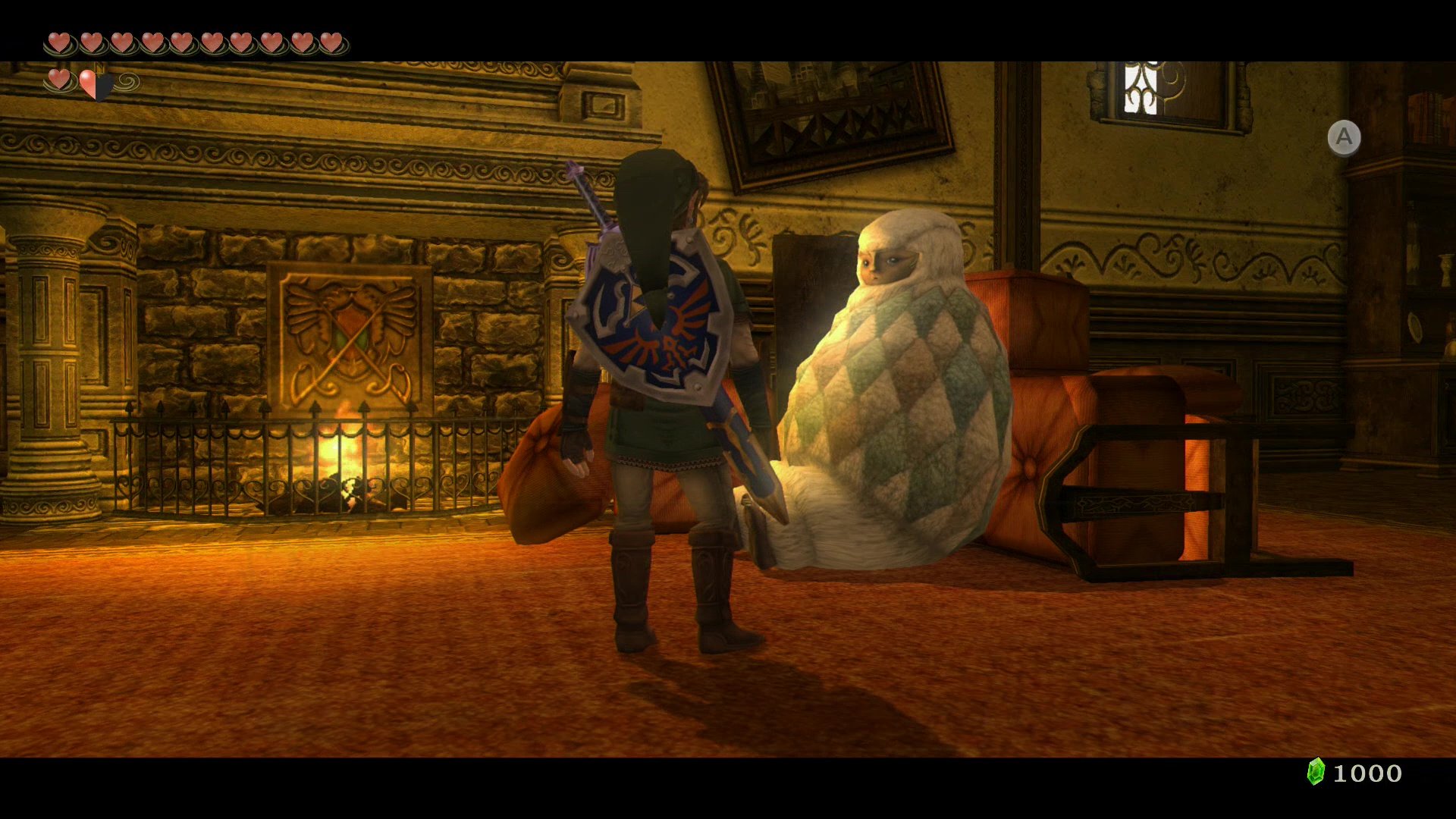 Much like Peter, I have a soft spot for snow-covered forests, but my pick is settled high in the snowy mountains of Hyrule. The Legend of Zelda: Twilight Princess gets a bit of a bad rap, but it does have some of the best dungeons the series has ever seen. My favorite amongst them is Snowpeak Ruins.

There’s some weird charm to the whole convention of the Snowpeak Ruins level. Link isn’t deep in some abandoned catacomb. He’s in a ruined mansion inhabited by some friendly snow monsters. while you hunt for a cursed mirror you’ll have to find ingredients for a delicious soup for one of these Abominables that’s feeling under the weather.

A lot has been said about Christmas NiGHTSon this website already, and I’m not sure I can top our previous write-ups on the game here, but rest assured, it’s the greatest gift that video game publisher ever gave to its fans. A totally free Sega Saturn disc that’s packed with content, including time-sensitive Christmas and New Year’s themed graphics and soundtrack remixes, Sonic as an unlockable playable character, and more.

I’ve spent hours upon hours playing this game, working to improve my score as I took into the almost painfully jovial atmosphere of the game. And that ending theme song? Boys To Men ain’t got nothing on that. 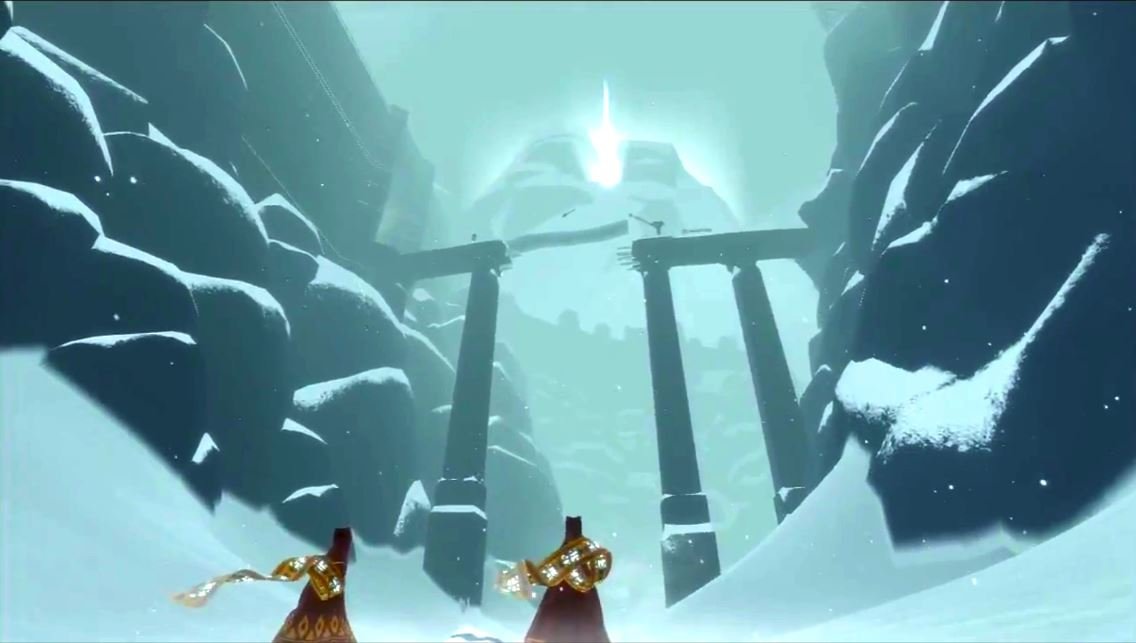 I don’t know if “favorite” is the quite the right word, but the ending of Journey, where you are wordlessly trekking up the mountain, is absolutely the one snow setting that sticks out in my mind above all others. The game doesn’t offer anything in the way of narrative or story. The places you travel through, and the way you do it, are what make the experience so damn memorable.

As I approached the finish line, alongside some long-forgotten internet stranger, there was this bizarre feeling of accomplishment. Sure, it wasn’t exactly difficult getting there, but the entire process felt thrilling nonetheless. Like the peak before you hit full-on whiteout during a particularly potent psychedelic experience. The colors fade and you’re surrounded by blankness. Everything is an empty piece of paper.

It was beautiful. It was different. And I’ve never played anything else quite like it.

Even I know there isa crap-load of amazing snow levels missing from this list, so feel free to let us have it in the comments.