Tag Up, Throw Down

Believe it or not, it has already been two years since the launch of crossover anime fighter BlazBlue: Cross Tag Battle. Originally launching in May of 2018, Arc System Works’ attractive fist-fest has reached a milestone of over 450,000 shipments and digital sales combined. 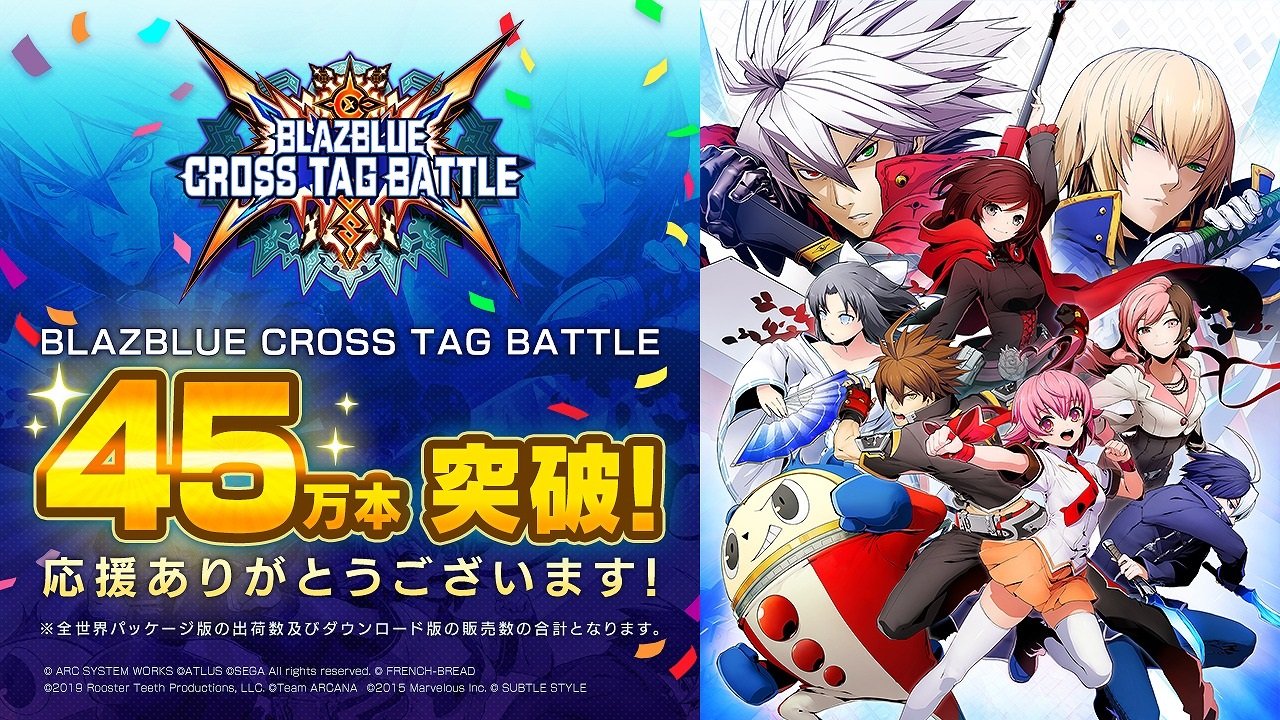 As a refresher, BlazBlue: CTB is a tag-fighter which collated a huge roster of recognisable stars from various video game and anime franchises. Featuring a bevy of characters from Persona 4 Arena, RWBY, Arcana Heart, Under Night In-Birth, Akatsuki Blitzkampf and even Senran Kagura, BlazBlue: CTB is one of the best “dream match” fighters on the market. It secured a devoted playerbase with its fast-paced combat, deep fighting system and great-looking, if chaotic, visual style.

To celebrate Arc System Works announced a sale on the BlazBlue: Cross Tag Battle base game and a wide variety of its DLC packages, but unfortunately this sale appears to be restricted to the Japanese PlayStation and Nintendo Switch stores.