Because obviously this game needs to be harder

Very few games have sent me to a brilliant, firey death one mission outside the tutorial, and made me feel like it was entirely my fault. Bomber Crew, the title best described as, “FTL, if your spacecraft was a WWII bomber made of paper maché and dreams, then painted pink and filled with buffoons” is upping the ante. 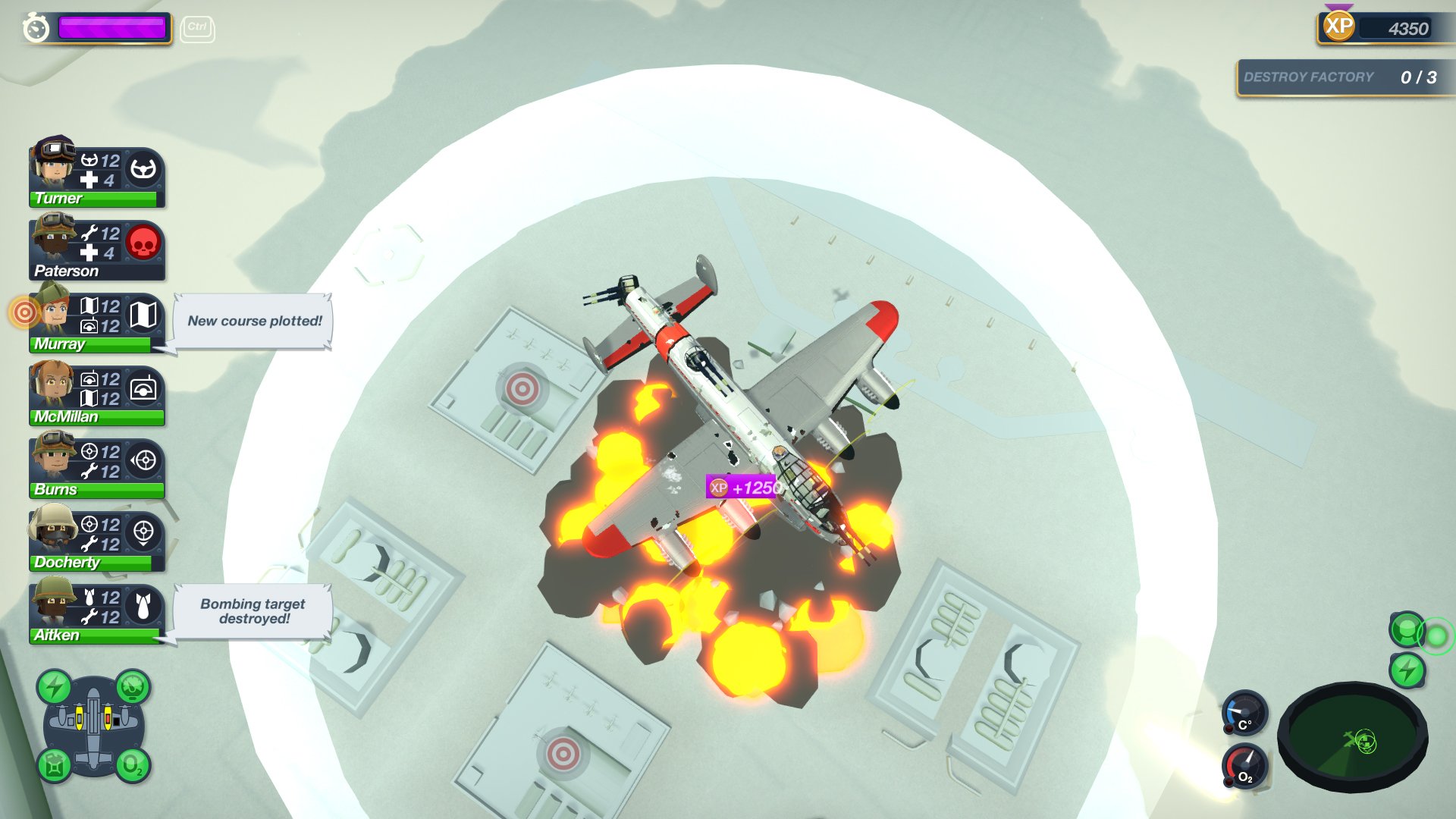 Entitled Secret Weapons, the DLC gives us a mini-campaign taking place during Big Week, a WWII operation that attempted to coaxe the Luftwaffe into direct combat by launching massive strikes against German industry – in the middle of February.

If the base game wasn’t trecherous enough, now the enemy forces have experimental fightercraft, and you’ll be blinded by snow (I have a hard enough time seeing through light cloud cover). You’ll be able to fight back with weapon upgrades like homing missiles and 20mm cannons… Assuming your bobbleheaded crew survive to fire them.

Alongside Secret Weapons is a neat little Winter Update that makes some quality-of-life improvements, like the ability to feed your ammo bins directly to all of your turrets, a bit faster tagging (I’m excited about this), and most importantly, a fancy-ass Christmas sweater for your plane.

If your reaction is, “Well, that doesn’t sound aerodynamic,” then one – I’m bombing your house with coal, and two – it’s WWII; their answer to aerodynamics was “strap another engine to her.”

Secret Weapons is $5, but you can also purchase a season pass for $10 that will get you that, plus a DLC that will be announced next year, the soundtrack, the current crew skins pack, and all the upcoming skins pack. Bomber Crew itself is $15, which is more than worth the nonsense and swearing you’ll be getting out of it.