Coming on PS4 this Fall

Atlus has finally announced a western release date for Catherine: Full Body, the revamped edition of 2011’s sexy-scary puzzler. This version of the PS3 and Xbox 360 classic will be arriving on PS4 September 3, though it seems the PS Vita port may not be arriving with it.

Catherine: Full Body reunites protagonist Vincent with Catherine, Katherine and all-new gal Qatherine (or “Rin” for short), three very different women who turn his world upside down. Full Body features new cut-scenes and an expanded story, along with a host of new features and mechanics for use in the game’s block-shoving puzzle segments. The western release will include both the English and Japanese dubs. 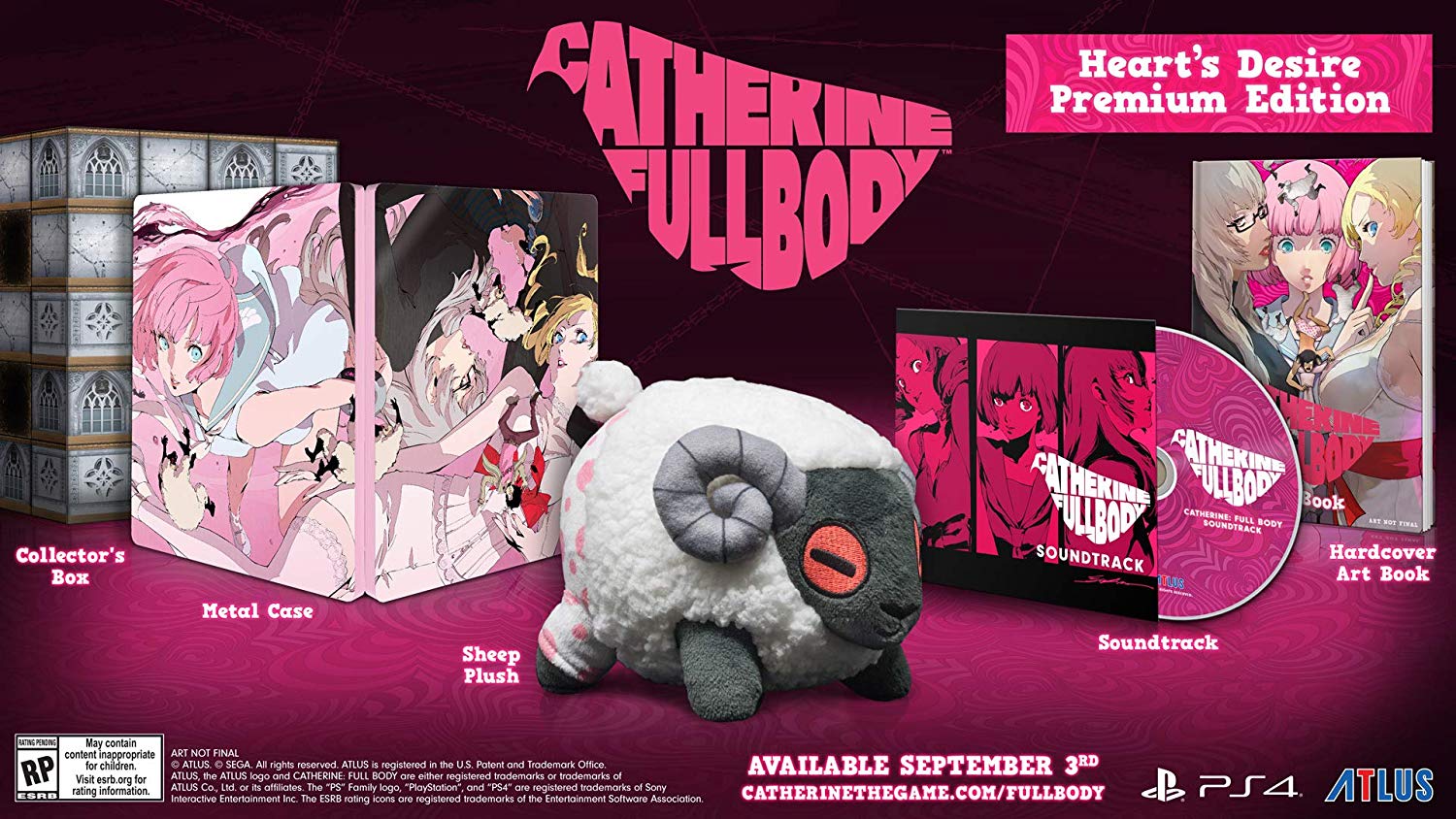 Also revealed was Full Body’s “Heart’s Desire Premium Edition”, featuring a hardcover art book, steelbook casing, a collector’s box, the game’s soundtrack and a sheep plushie. It also contains the game itself, because we live in a world where I have to clarify such things. This edition is available to pre-order today over at the official site.