Cuphead, already a very fine game, got a little more polished today. Developer StudioMDHR released patch version 1.1.3 and it does away with some of Cuphead‘s unintentional quirks. That includes a bug that’s actually pretty fantastic.

When playing multiplayer, it was possible to replicate co-protagonist Mugman many times over. It involves dropping out and rejoining, which only added another character on screen rather than erasing them and then re-adding them. The result was a Mugman army, an unsettling number of little blue dudes marching across the level select screen. Here’s a video of it in action:

The rest of the fixes are less disappointing, as they weren’t cute enough to warrant an attachment (or a headline). It’s a lot of little things that make various levels and attacks function as they’re supposed to. Here’s the full list of changes:

Here’s a reward for anyone who got all the way through the patch notes: A picture of Cuphead and Mugman playing tailor. 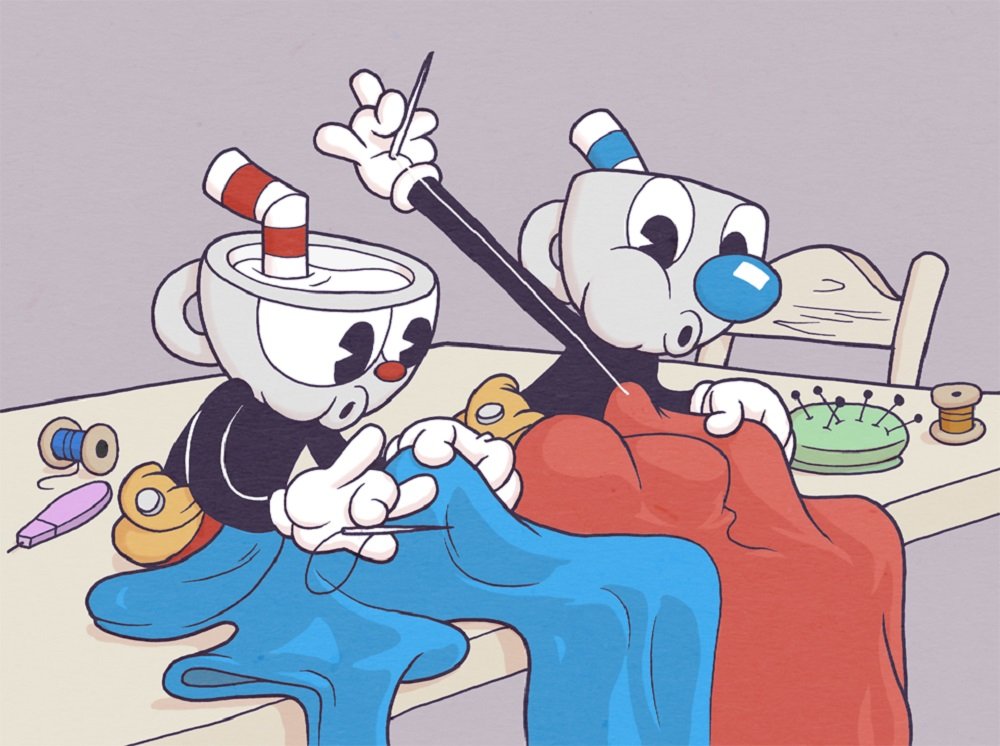