Atlus dropped quite a bit of interesting information regarding the first-person horror game Daylighttoday. The most important nuggets may be that the game is now set to release for PC and PlayStation 4 on April 8, priced at $14.99. Seems like a reasonable price for something not too far off, particularly on the PS4 where early adopters are panting at Sony’s table for scraps, but that’s just the important stuff.

There’s other stuff too, like the new batch of screenshots showing two new areas in the game (a prison and a forest, act surprised) and how the game will be RealD compatible because 3D is a thing I’m somehow still talking about in 2014. And it’s important that I mention all of these things because people do care about it, but it’s not the interesting stuff.

The most intriguing (and, in the wake of Twitch Plays Pokémon, timely) news is that Daylightwill have media integration features on PS4, enabling the ability to send commands to a game being streamed via the Twitch channel’s chat. The example provided by Atlus was that a viewer might be able to type “meow” into chat and the game would respond by playing a sound effect of a cat in the game and further blur the lines between the real world and the world of the Cathode Ray.

Normally, I wouldn’t object. “Long live the New Flesh,” I always say. But this is going to be one of the first commercial products to try breaking this ground and, if handled poorly, could prove self-defeating. 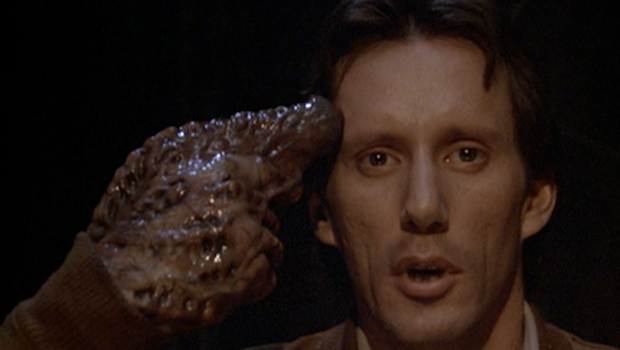 Atlus has already specified two barriers for preventing abuse of the system. Laughably, one of them is that they’re not going to tell everyone what all of the triggers are. Certainly, that will make the hunt for them a little more enjoyable. Once they are discovered, they’ll wind up on a list within a few hours and appearing on every stream of the game. Back in my day, if we wanted to get a cheat code for a game, we’d have to get it in a magazine or wait as much as a month for the next in a series of game guide books to include a list. But these kids have no respect for the old ways.

The other protective measure is a timer system for commands, to stop spamming of them in-game, something that will most certainly prevent viewers from destroying the experience of the player (and other viewers). But that’s not going to prevent people from spamming the chat rooms of Daylightstreams. You know, just in case they get to be the guy who said it that one time. So, now you need some kind of moderation in your channel if you want to have any conversation that doesn’t include keywords. Or you could just not stream Daylightanymore.

I’m not trying to paint a nightmare scenario, nor do I think the people at Zombie Studios haven’t considered these possibilities in developing the system. I’m sure as we get closer to release that more details will emerge. But I do think developers and publishers need to handle their approach with this growing form of entertainment carefully. If the features you create for streams work against the things that make streaming a great medium for social interaction, you run the risk of alienating the people you were trying to reach in the first place.