That Silly Walk emote just got a little less funny

If you’re the type of Destiny 2 player who gets way into Trials of the Nine, it’s time for me to play my part as the bearer of bad news. The PvP event will be absent from the game this weekend and next, and the earliest we’ll be able to participate again is November 3, 2017, according to Bungie.

This postponement is the direct result of an emote glitch that has enabled players to reach otherwise-inaccessible areas. It’s one thing to glitch your way through walls in a social space or in a PvE setting, but when it comes to competitive multiplayer, yeah, that’s going to be a huge problem.

For its part, Bungie says it’s “investigating a fix” right now that should be ready during the first week of November. The studio also shared its launch-window event calendar for Destiny 2 on PC: 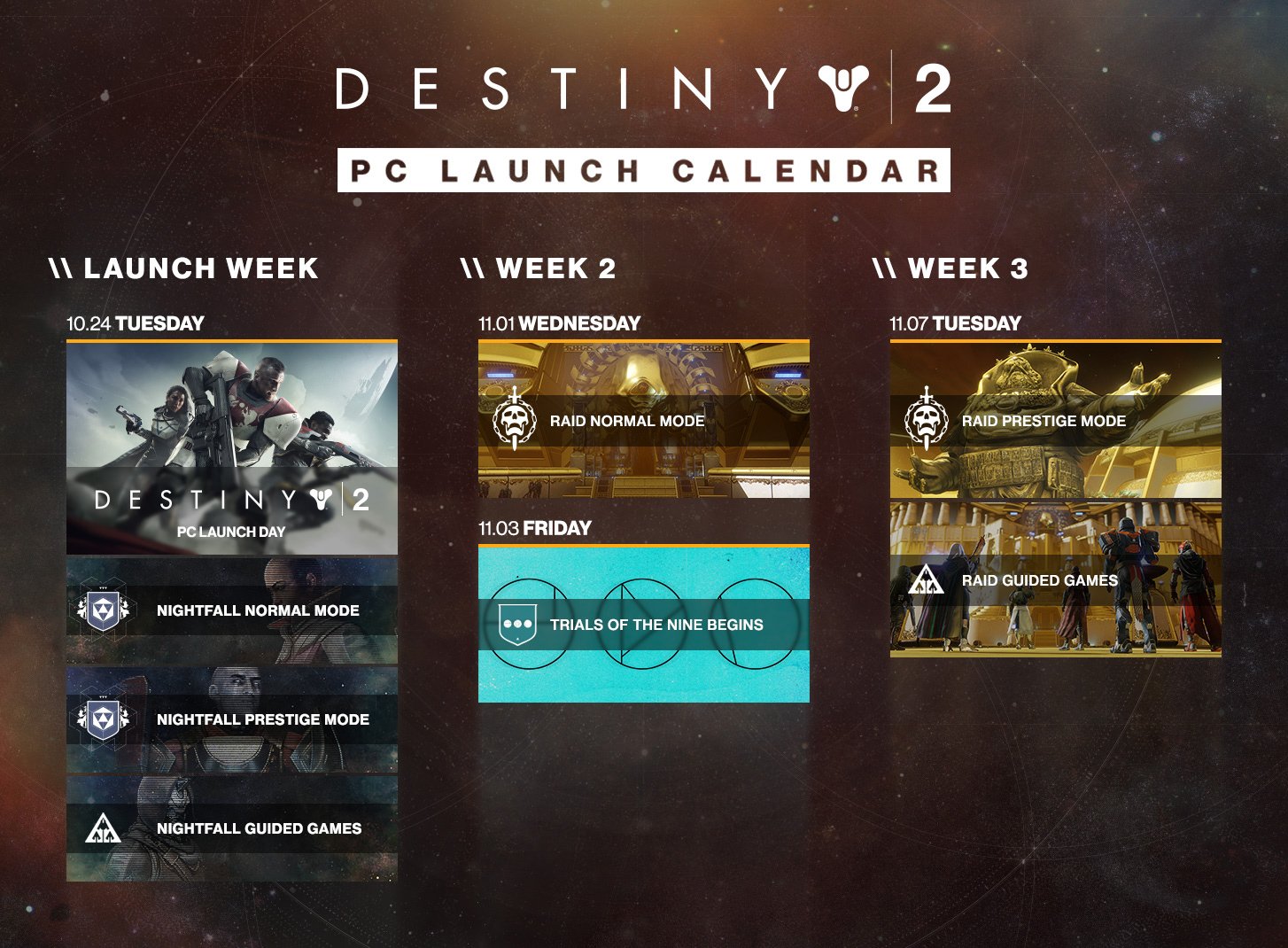 On that note, one final reminder: the PC version will go live at 10:00am Pacific on Tuesday.

I’m glad I got my first — and so far only! — Trials win last weekend.