Warlock is still the best class

It’s almost been one week since Oryx got his claws into Destiny and things couldn’t be better. The Taken King expansion, along with the 2.0 patch released earlier on, reworked Destiny‘s entire leveling system and quest progression. And did you know Destiny has an actual story now? Year twois off to a promising start.

Our full review of The Taken King is right around the corner, but here are some early impressions of the latest expansion.

Rather than draw background from the original hodgepodge of a story, The Taken King builds off the plot from The Dark Below expansion. After killing Crota in the Crota’s End raid, the Hive prince’s daddy Oryx is out for revenge. Oryx stomps into the solar system with a massive spaceship and an army of Taken soldiers. The return of the Hive monarchy also means Eris Morn is once again a major player, and she’s somehow gone even further off the deep end this time around. 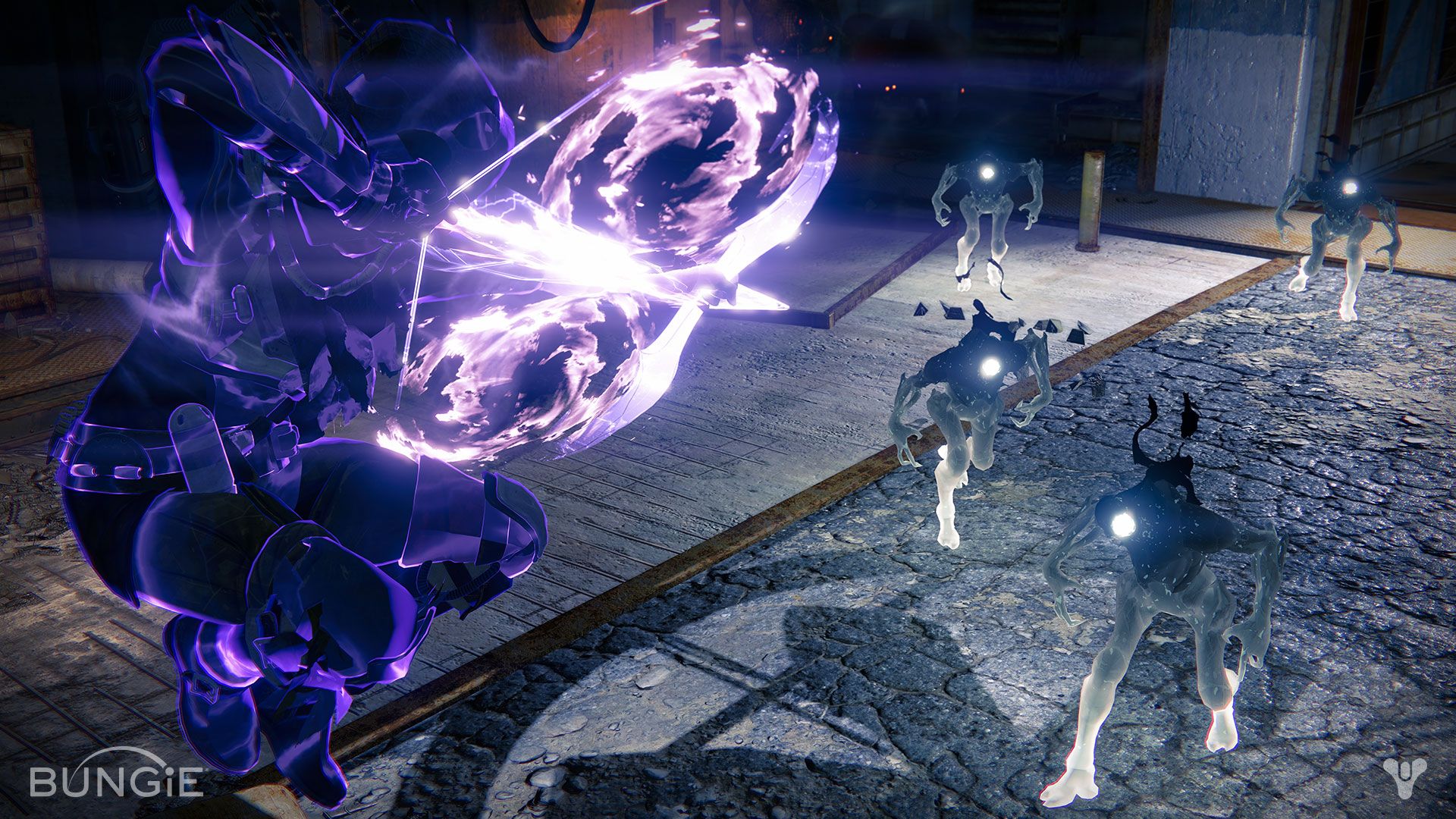 The difficulty of The Taken King spans largely from Oryx’s Taken army. The Taken are just that; familiar enemies that have been stolen and corrupted by Oryx to present new abilities and new challenges. Taken Phalnaxes now fire bursts of energy from their shields that send you flying through the air, and sometimes to your death. Taken Psyons spontaneously divide and multiply, and Taken Minotaurs are invisible. And yes, Invisible Minotaurs are just about as terrifying as you’d think. Additionally, Oryx’s army has invaded Destiny‘s year one content. While running strike playlists, the enemies will sometimes be replaced with their Taken variants. You’ll be spending a lot of your time running strikes to grind up your light level, and Taken invasions thankfully keep that from getting dull.

The first few minutes of The Taken King introduce more narrative bliss to Destiny than the game saw in its entire year-one cycle. Characters that once only populated the tower and sold the occasional item now drive the story of Destiny forward. Bungie finally took full advantage of the vocal talent it had on roster by letting Nathan Fillion’s character Cayde-6 take point. Cayde’s screw-the-rules approach to taking on Oryx often clashes with the more uptight ideas of the Warlock and Titan vanguard. This bit of rebellion propels the story forward and makes the whole experience way more engaging than Destiny‘s original “select mission, shoot aliens, don’t ask questions” approach to storytelling. 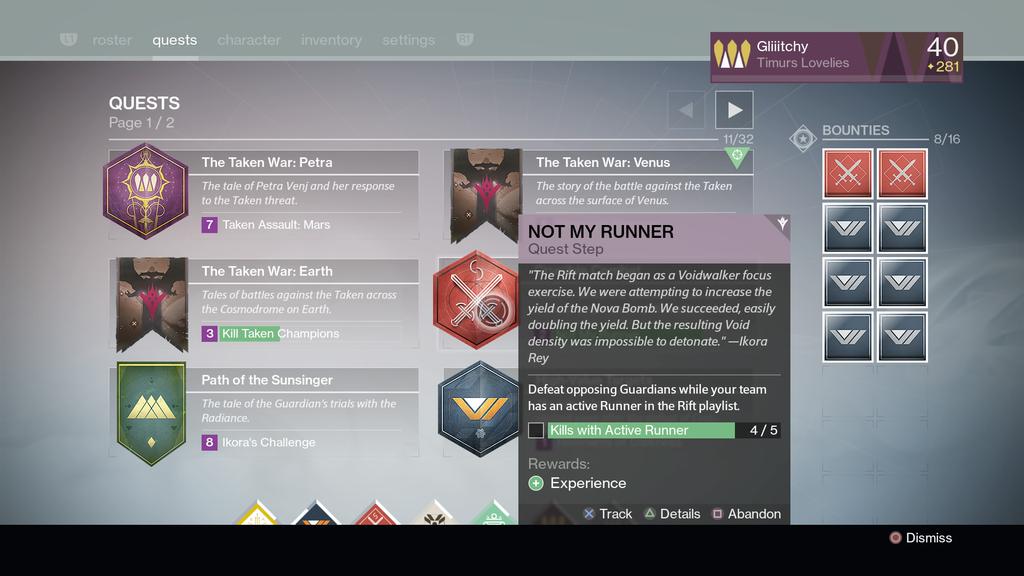 Aside from the overhauled light level system, the best change to come to Destiny year two is how missions are handled. Before, any story mission was just highlighted on the world map, while multi-part quests were handed out as bounties. Some of the early plot missions are still delivered this way, but the majority of missions are instead given as quests. A new quest tab in the menu is home to a variety of quests that range from crucible objectives to extended story missions. Exotic weapon quests now show up here, rather than taking up a precious bounty slot. Quests are usually multi-step experiences that require players to complete an objective and then report back to a character in the Tower or Reef. The system works wonderfully to deliver a steady stream of objectives and direction without being intrusive or demanding.

The new subclasses are also pretty cool. I main a Warlock and the Stormcaller class is almost too much fun. It’s hard to resist cackling like an idiot when your Warlock is gliding around chaining lightning bolts between enemies. I haven’t been able to Stormcall in PvP yet without getting my butt handed to me, but I’m sure someone a bit more skilled could easily dominate with it. The Titan’s Sunbreaker class is just as fun. Hurling flaming hammers at enemies, both in PvE and PvP, can quickly turn the tide of battle in your favor. I still haven’t rolled a Hunter, but I’ve been in fireteams with some using the new Nightstalker class. Their super ability, Shadowshot, allows them to silence, slow, and tether enemies to a fixed point. Used in conjunction with any of the other two new subclasses, Shadowshot is a thing of beauty.

So far, The Taken King has brought a lot of improvements to the overall Destiny experience. If you haven’t taken the leap and tried Destiny yet, now might be the time to do it. I know I’m a bit more in love with the game than Chris Carter, but maybe this will be the expansion to change his mind. His review will be coming in the near future, but in the mean time, check out Destructoid’s reviews for Destiny and its first two expansions,The Dark Below and House of Wolves.