Last week, tickets for PAX Prime 2014 went on sale. The four-day passes were sold out within minutes. The rest were gone in less than two hours. This happens every year, but it seems like the speed becomes more and more unbelievable each time.

Like clockwork, this causes a general uproar among the many who were not fortunate enough to be watching Twitter at the exact moment that the opening was announced. It is especially pronounced within the Destructoid community, as PAX has been our unofficial meetup for years.

They say the system is broken. They say it is all the fault of the scalpers. They say the early access for Club PA members is unfair. These are not the problems. The problem is a simple matter of supply and demand, and there is only one solution. We need to find a new event to call our home. 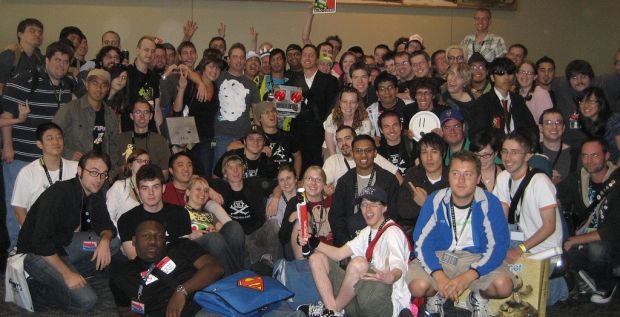 The system for purchasing tickets has had plenty of issues in the past, but for the most part, it works as intended these days. Visitors hear that the passes are on sale, they visit the site, and they get put into a queue. It’s first-come, first-served, like it should be. There are complaints that badge sales always seem to go live when people are at work and/or away from a viable computer, but given the worldwide audience, this will be the case no matter when tickets go up.

Another extensively discussed issue is that the tickets only move so quickly because scalpers take them all. While it is true that some passes went up on eBay for exorbitant amounts of money, and attendees will certainly see some dirtbombs standing in front of the convention center trying to hock passes, these are drops in the bucket. For an event that serves upwards of 70,000 people, even a few hundred tickets sold to scalpers is not making much of a dent.

In fact, scalpers are not making any dent. Think of it this way. Scalpers would not scalp if there were not the opportunity to make the sale. The scumbag scalpers are selling to genuine PAX enthusiasts, who are genuinely going to the show, adding to the attendance. Scalpers do not take tickets and make them disappear; they move tickets between parties and make a profit doing so. Note that I am not condoning the act; I just want to point out that this is not what causes so many people to miss out on the show. 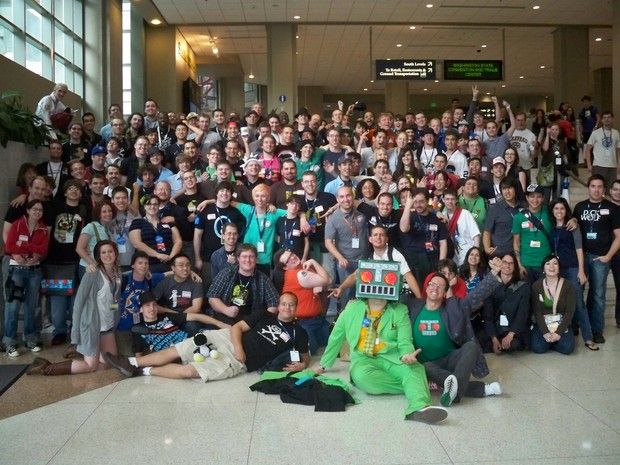 Similarly, the early sale to Club PA members is not the reason that so many will miss out on the show this year. It might be why a handful of people who would have otherwise secured passes did not, but it does not change the outcome for everybody else too late to the queue.

The problem is one of economics. There is a limited supply of tickets that covers roughly 70,000 attendees, and an enormous demand for those tickets, probably somewhere in the hundreds of thousands. It is that simple. There is just not enough space to hold everybody who wants to go.

There is one way to solve the PAX attendance problem. We need to take PAX out of the equation. 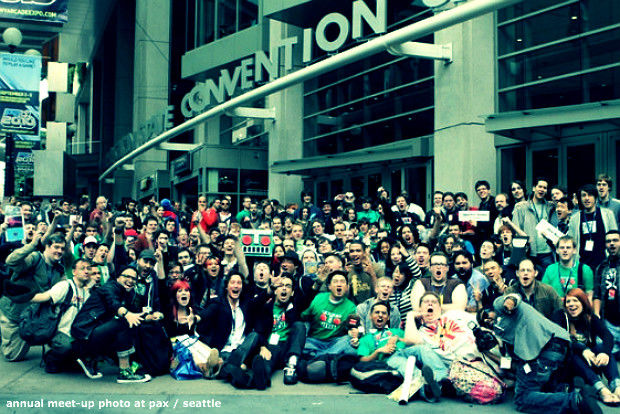 This was not an easy conclusion to come to, personally. I first attended PAX in 2007, before PAX East, PAX Australia, and PAX South were official — probably before they were even ideas. It was there that I met Niero and Hamza for the first time. I had such a wonderful experience that afterward I promised I’d go to every PAX afterward, as long as I could afford it.

PAX 2008 and PAX 2009 were better still. All of my best Internet friends were there. We ate, we drank, we played, and we laughed. I have some fantastic memories from those trips. Destructoid’s presence at PAX grew to an impressive group of hundreds.

As the years went on, the show’s popularity as a whole grew. It went from selling out in weeks to selling out in days. My one standout memory from PAX Prime 2011 was in a conversation with Tara Long. “Was this the best PAX ever?” she asked. After thinking about it for a few seconds, I admitted, partly to her but mostly to myself, “Well, no.” Too many were missing from our ranks. The magic was gone.

I relate my PAX experience to illustrate just how emotionally invested I am with the spirit of PAX. Getting together with all you beautiful people in person is the reason past PAX trips have been so great. I am convinced that spirit still lives on. It just cannot exist at an event that is forced to turn away a huge percentage of its audience. 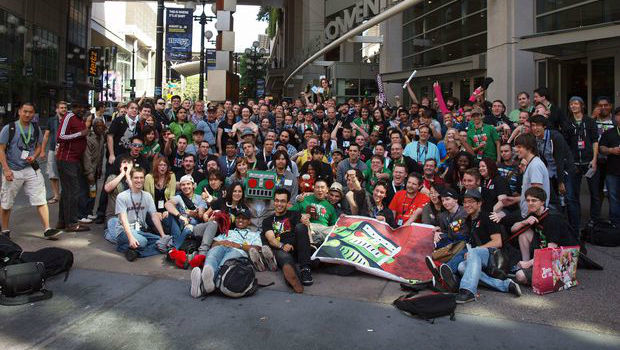 So where do we go in its place? South by Southwest could be nice, but its broad focus means less game-centric programming. RTX is another decent option, though some would argue that it is too strongly associated with its parent organization Rooster Teeth (not that that stopped people who do not care about Penny Arcade from attending PAX). MAGFest has been a secondary Destructoid meetup for a few years now, but it is in the northeast in the middle of winter (ugh).

It seems difficult to compare those to an end of summer trip to Seattle, where developers are more likely to reveal a new title or show off new hands-on gameplay for the first time. However, what all the other events have over PAX is that we all could actually go to the other events. In the end, that is what is most important. Once we decide where that will be, let me know. I’ll be there.