Why do we fall, Master Wayne?

If there’s anything that unites all dudes and dudettes, it’s fear of failure. While it’s often not as nerve-wracking as a sales pitch or your first concert, video game failure is terrifying nonetheless. Nobody wants to be that unfortunate soul stuck in a game that all your friends have already finished for months. Even worse is the idea of consistently being a shitty player in an online game, or posting video game footage on a public platform where it ends up being ridiculed by thousands of strangers.

Failure hurts. But the temptation to overcome the obstacles, to feel the pride of a seemingly impossible victory brings us back and back again. Thus we return to the old grindstone, hoping to finally climb the mountain, or defeat that impossible boss.

For this installment of Destructoid Draws, I asked people in the community to talk about — and illustrate, of course — their own personal video game struggles. Without any further ado, let’s share these stories together. 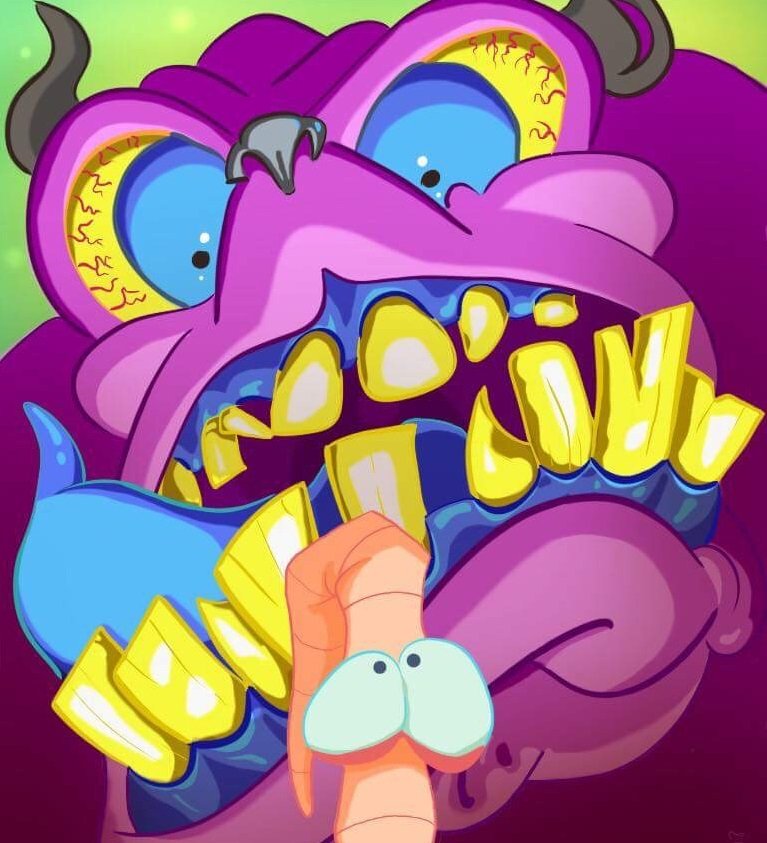 For a good time, my white whale in gaming was to protect the oblivious and good-natured Peter Puppy. What appeared to be a docile puppy pal turned into a nightmare creature of unbridled rage whenever he was injured. The task was to see Peter to his goal while protecting him from a world of dangers… as well as his own lack of spatial awareness.

Enemies would hone in on the poor pup and environmental hazards seemed to present themselves at the most inopportune times. Failure to shield Peter from harm resulted in his transformation into a raging beast. He would then maul poor Jim, dragging both back until his anger subsided.

I spent many rage-fueled hours trying to protect this dog only to be mauled to death when the little guy jumped into a pit of spikes while I was working feverishly to prevent meteors from crushing his disproportionate head.

In time, I was able to guide him to his destination but the experience made me never want to help him again. Now I wonder if I too have become a monster… 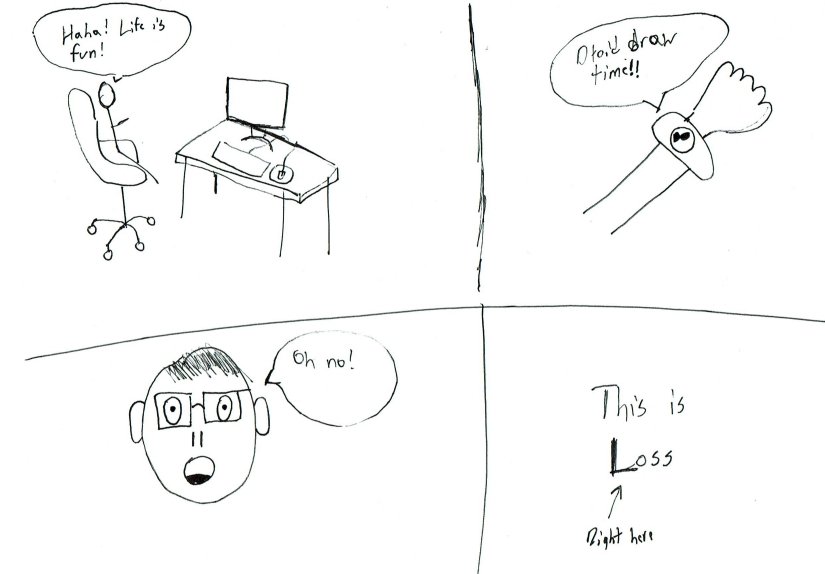 True to form, this entry was received late and without any description. His first email didn’t even have a picture attached. 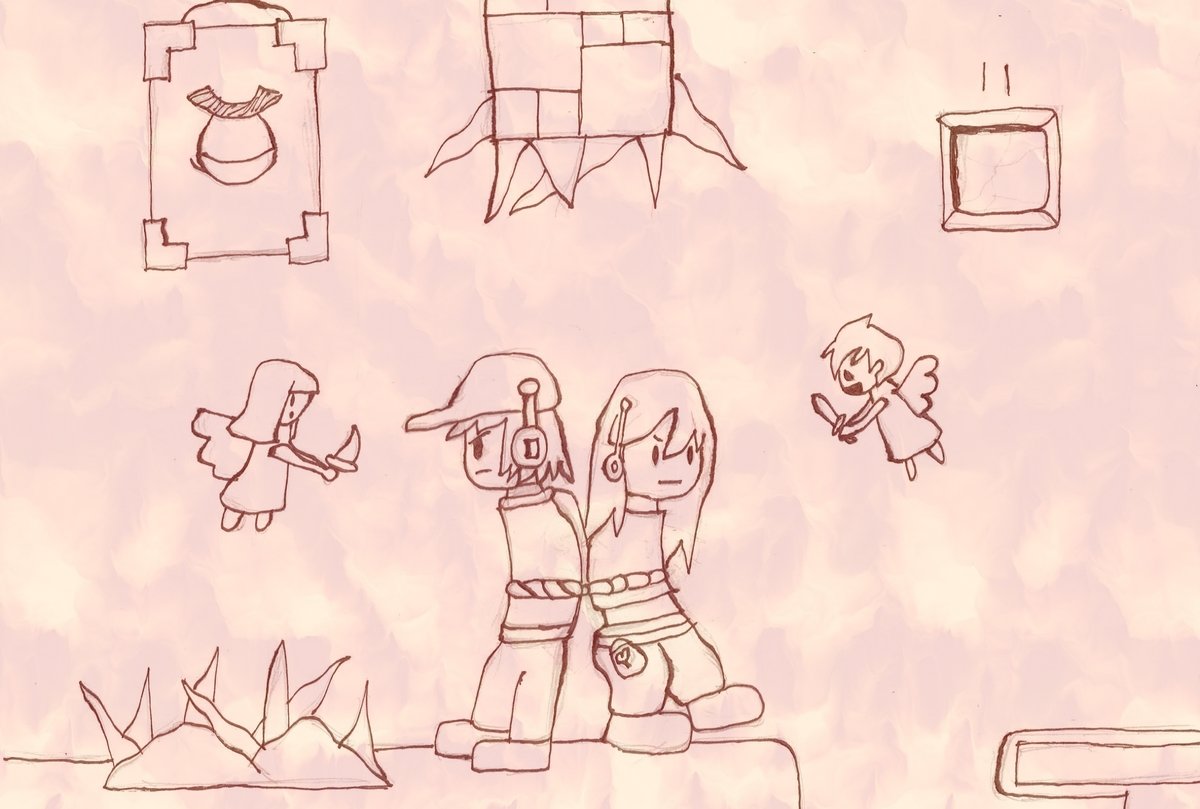 Cave Storyhas always been a special game for me. It introduced me to the world of independent games, and it did so with style. The music and colorful visuals reminded me of a lost Super Nintendo title, and it was packed full of charming characters like Balrog and the Mimiga.

That being said, it really didn’t pull any punches in the end-game. The requirements to reach the true ending are already difficult and unintuitive as is, but then you’re rewarded with Hell. At that point, the game throws everything at you. I felt overwhelmed by the massive armies of angels, falling blocks and spikes. For weeks, I’d start the level, give it a few fair tries then abandon. But as a result, I’ll never forget my final victory over Ballos and the rush of adrenaline I felt that day.

I eventually played the game from scratch on Steam, but when I attempted to do the true ending again I did it on Easy Mode. Take that, Ballos. 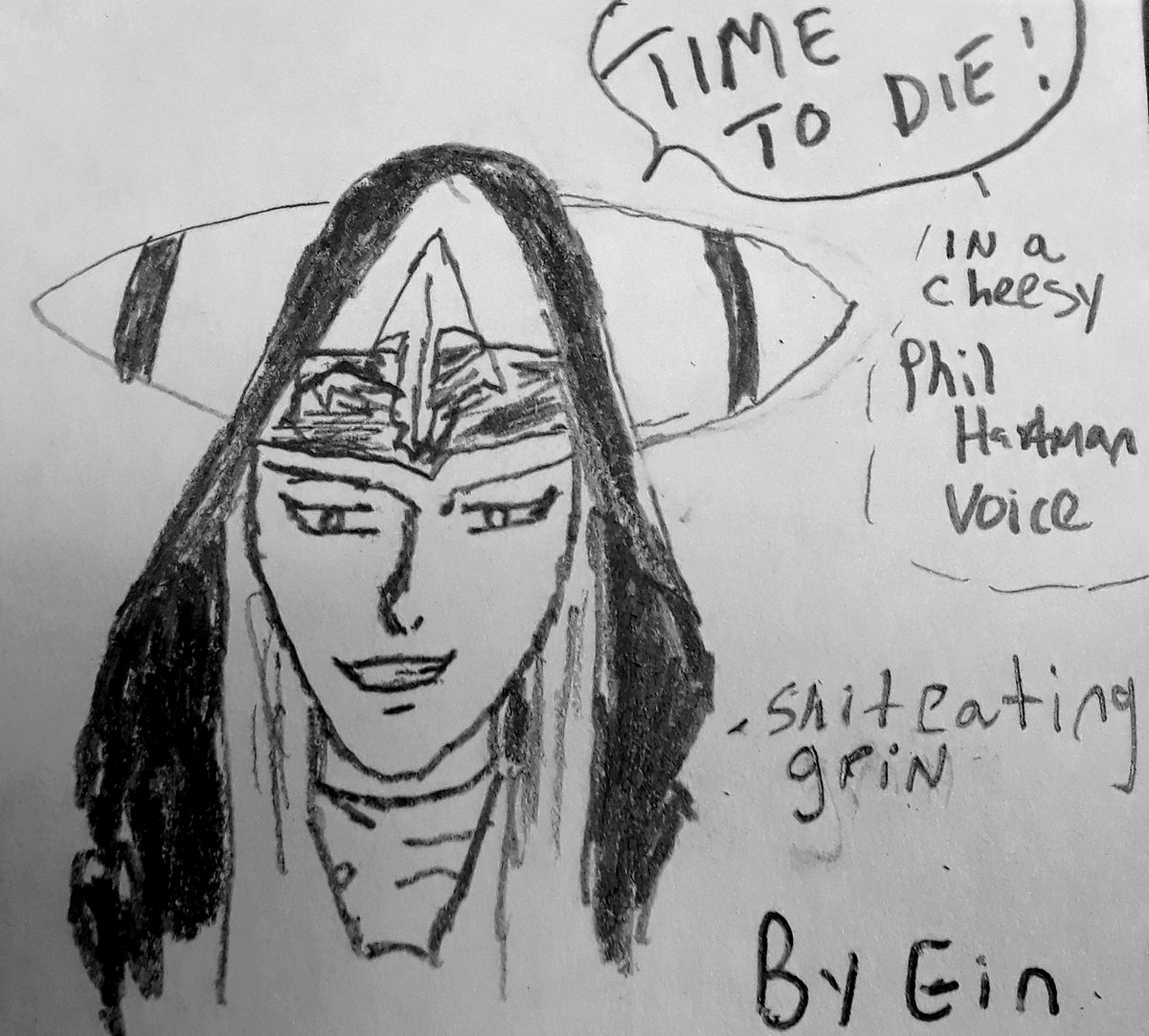 I bought Lunar with what little money I had left in the summer of 2003. I really liked Kyle the bandit. His drunken lewdness was a clear reflection of my personality back in the day. Less drunken now. In any case, progression in the game always seemed smooth and as everything got harder I leveled up accordingly.

As I got to the final boss, main antagonist Ghaleon, I thought the battle would be tough, but nothing prepared me for him spamming the obnoxious line “Time To Die” in his annoying Phil Hartman voice while my characters struggled to damage him. It took about 15 tries, each lasting anywhere from 20 to 35 minutes. I wonder if I would have that kind of patience today. Anyways, beating the bastard was very satisfying, but the difficulty had me avoid playing through the game again. 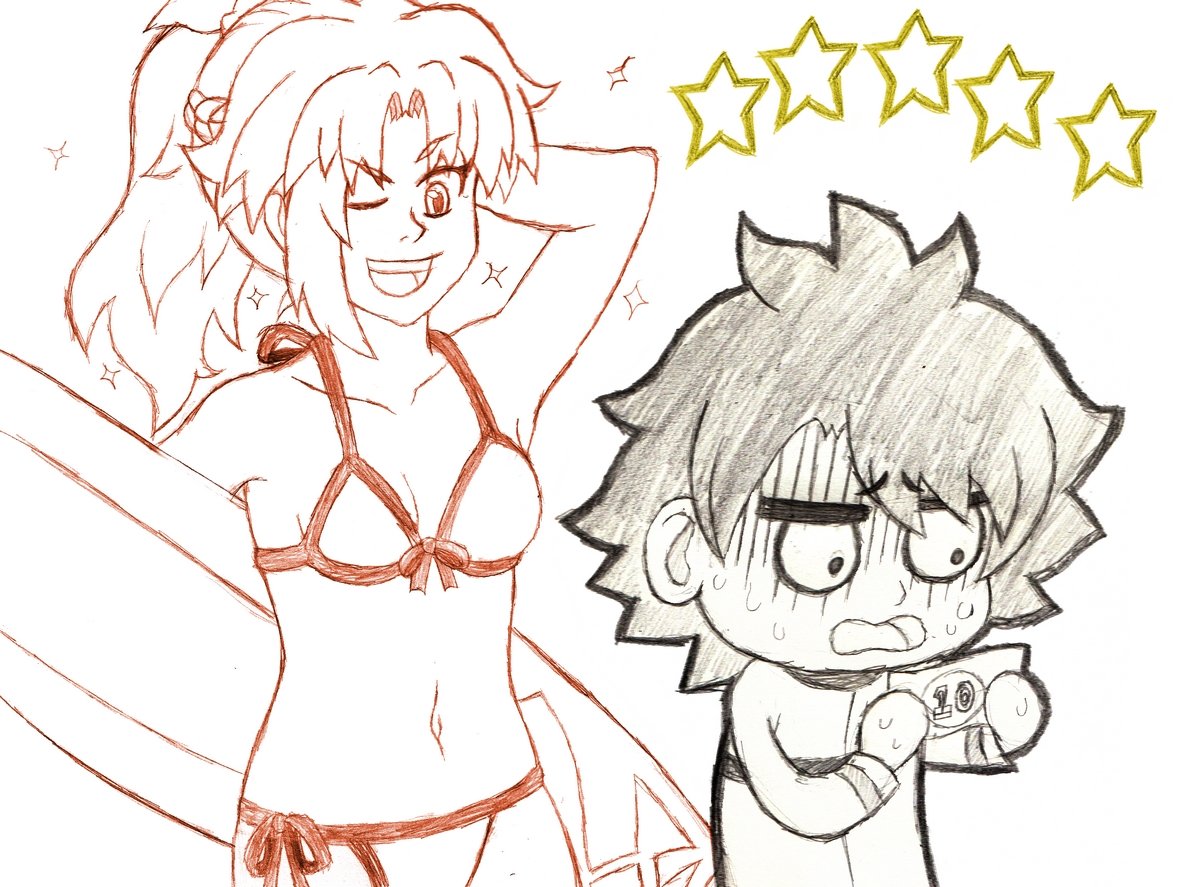 “Oy, Master! Wanna spend on me? I have 5 stars now…and new moves! And I’m in a bikiiiiiiiiiiiiiini~”“Must…not…spend…”

Normally this doesn’t phase me, but Fate/Grand Order has another trick up its sleeve: It gets you to know these characters first. Through the events related to new characters, you end up hanging out and befriending them. You even get to use them in some missions. By the time it’s all said and done, it’s easy to get attached to them. And to consider spending resources/money on them.

Through a combination of getting all the free resources I can hoard and by saving up for MONTHS at a time, I’ve avoided spending a cent up until now by being cheap frugal. But as more of them come out, free resources dry up and as I get to know them, it’s getting ever-so harder to not consider spending on them… 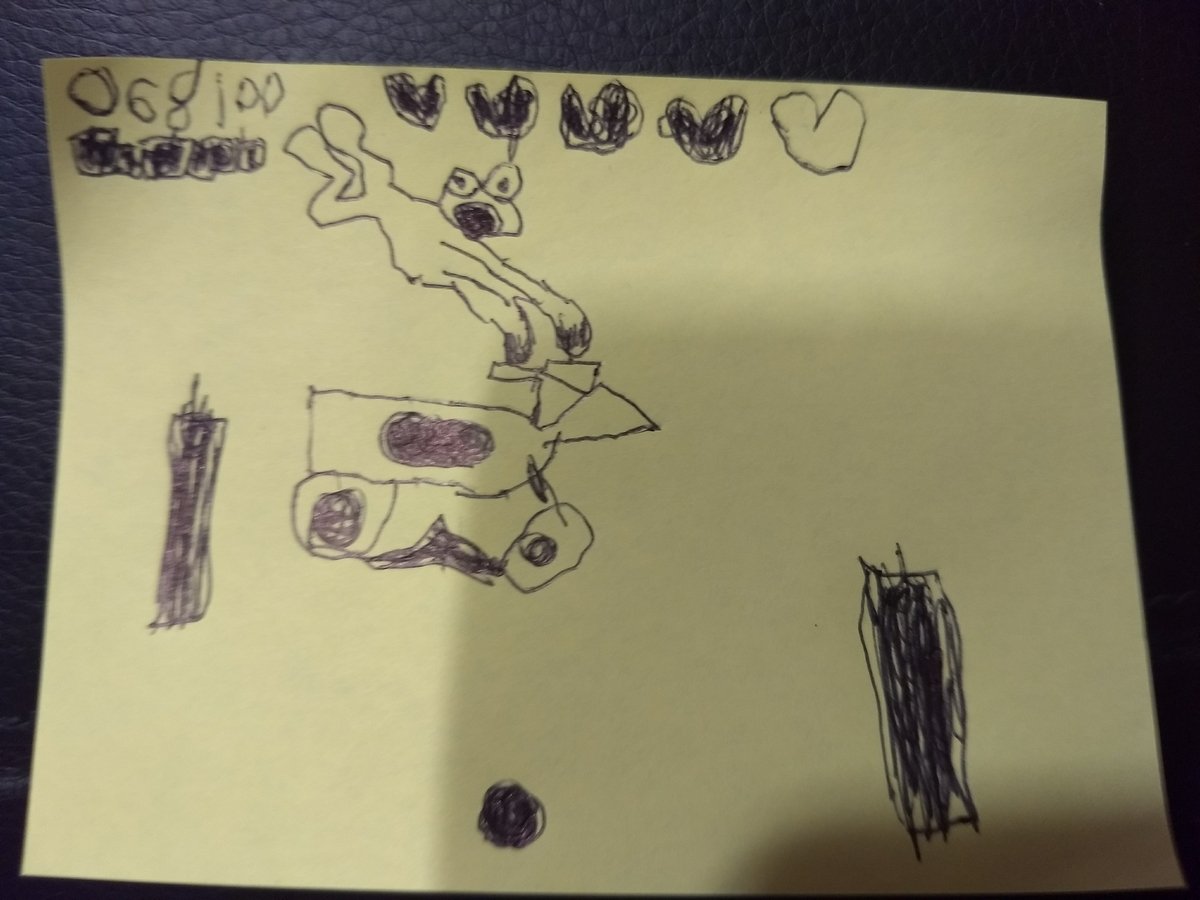 Trying to navigate in Battletoads‘ hoverbike was hell. You’d avoid quite a few walls…but then hit one. Start again. Seems like you almost made it that time… but no. The developers really want that buff biker frog to die. And they wanted you to suffer as he does! 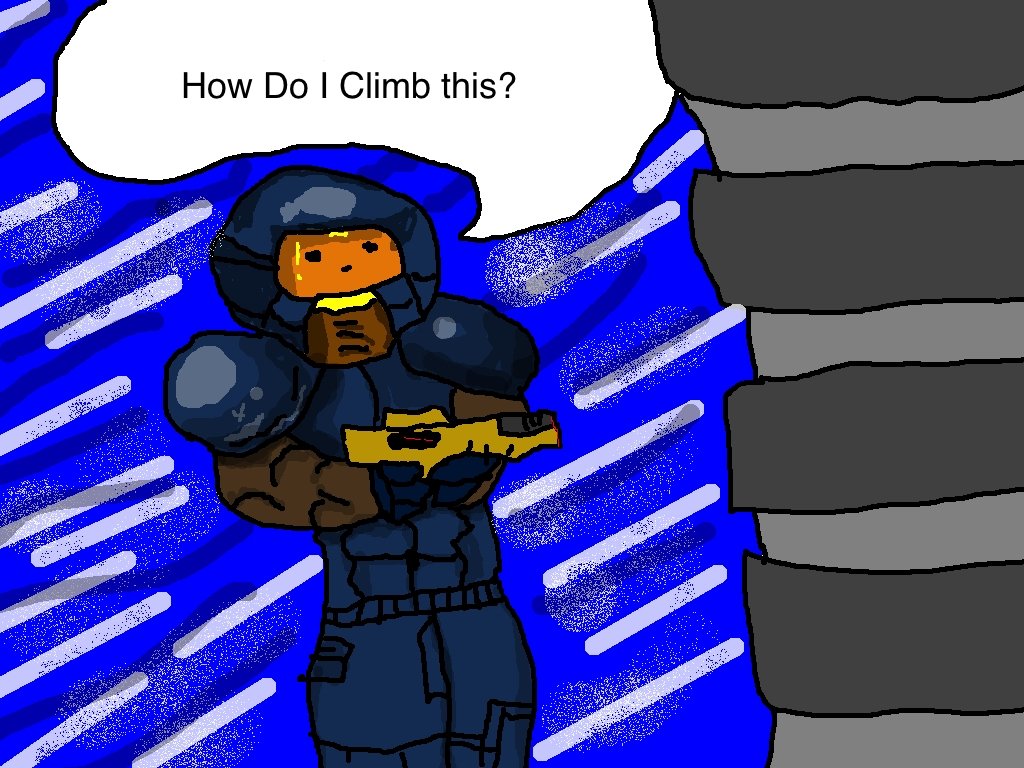 Enter The Gungeon is a deceptive game. It’s got pixel art, a great soundtrack, and many many powerful guns. But it is still stupidly hard on the Switch, even with all the Quality of Life changes. I have put 50 hours into this game and all I have for it is… Nothing substantial.

I know there should be a point where you “get good” and are able to power your way through all the bosses. But even on runs where I perfected the first two bosses, I keep getting stuck on the wall.

I don’t really get why. I have looked at the end of the game via YouTube and the final boss seems so much tamer than the wall, it’s not even funny. I’m sure there is a pattern I just need to memorize, but after putting 50 demoralizing hours I simply cannot justify playing anymore. 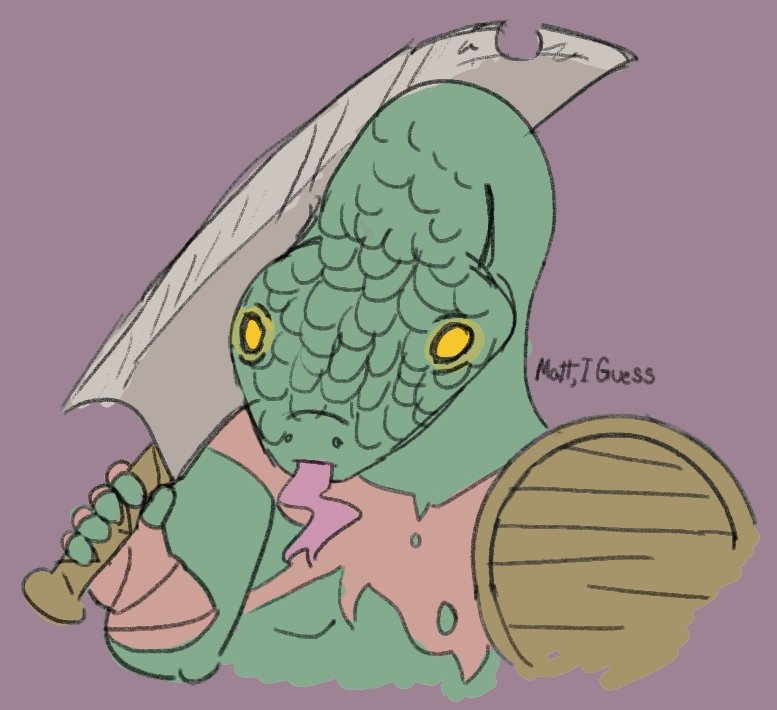 The first moment that comes to mind when I think of a seemingly insurmountable gaming task was the Sen’s Fortress area in the original Dark Souls. It’s the first time the series ever “clicked” for me. I repeatedly bounced myself off the very first room in the area for a good couple hours, dying to the Man-Serpents, traps, sheer drops, Titanite Demons, and the massive pendulums blocking the tight walkways.

After quitting out of frustration and coming back that afternoon, it was like I was seeing it again with new eyes. I cleared the first area on my first try, and though I kept dying over and over, this time I made it a little further each time. This cycle of dying and slightly progressing continued until I eventually, finally murdered the boss. The sheer satisfaction I felt afterward cemented it as my favorite area in the game. After that, the rest of the game seemed like a cakewalk in comparison. 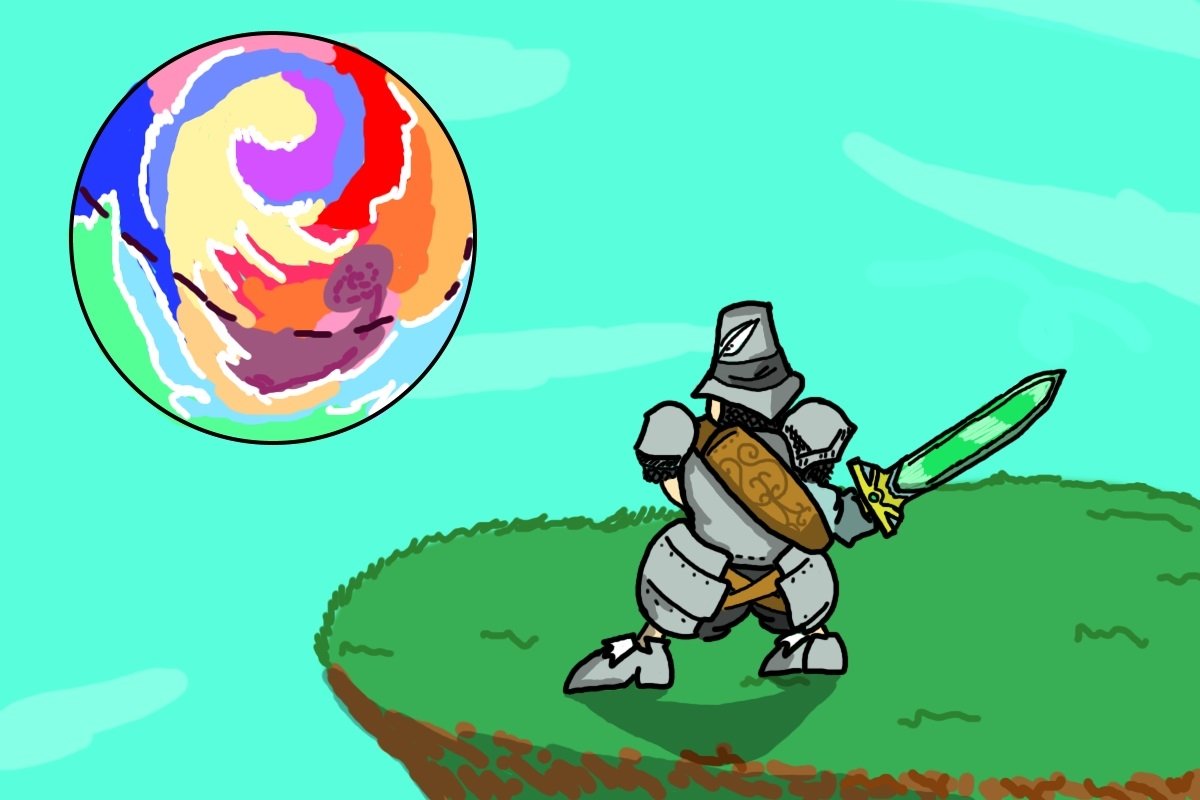 I have always loved Final Fantasy IX. Out of any JRPG, I’ve played through that game more than any other. A big part of that came from using third-party memory cards when I was younger. Those would go corrupt if you looked at them the wrong way.

Despite all odds, I was eventually able to beat the game while I was still a kid! It was a bare minimum playthrough but it was one of the first games that really made me care about the plot and the characters. The next few times I played through Final Fantasy IX, it was with a much more stable means of saving the game. I’ve beaten the game a handful of times, most recently going so far as beating Hades, Quale and, Tantarian. That in itself should be enough to have satisfied me. Yet Ozma continued to vex me by its mere existence. I love completing Chocobo Hot & Cold — it’s my favorite minigame in all of Final Fantasy — but no matter how prepared I’ve been Ozma has always been able to wipe my party out within 2 turns and while taking close to no damage.

The only other aspect of Final Fantasy IX that vexes me as much as Ozma is Steiner’s hidden weapon, Excalibur 2. It’s been made much easier to obtain in subsequent releases but I’ve only ever owned the PSX version. To find Excalibur 2, you need to get to and defeat Hades then look at a specific pillar in its chamber in 12 hours or less. Hades (and its chamber) is found in the final dungeon of the game. You can, in the original releases and hardware, mitigate some wasted time by opening the disc-cover during cutscenes… But if you’re playing the game on PlayStation 3, that strategy is impossible. I dislike using boosters and time skips so it’s highly unlikely that I’ll ever obtain Excalibur 2 in any future playthrough. Unless I eventually give in and use boosters I suppose… 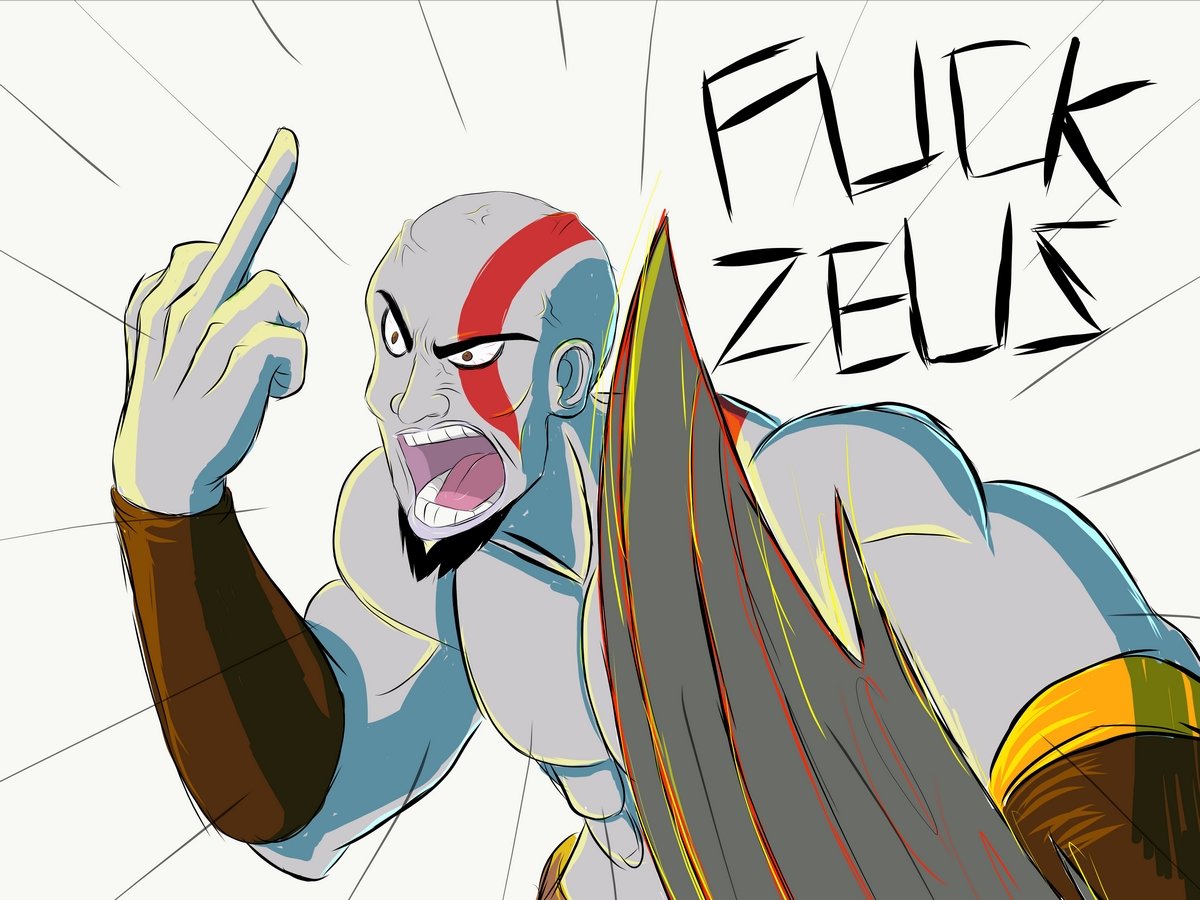 I actually have a really recent account; the final fight prior to Zeus in God of War III on Hard Mode. I spent an hour on this fight because they throw a boss and several of these annoying spear-toting enemies at you that are extremely aggressive and the best way to take them down is to grab the spear… but that’s nearly impossible because the boss charges you about when it’s not producing exploding hellhounds. Weak sauce on my part, but it’s the one part of the game that forced me to downgrade to easy mode out of sheer frustration.

That’s it for this edition of Destructoid Draws! If you’re feeling courageous, why not tell us about your own white whales?