The reveal trailer for Dreadnought pushes a lot of the right buttons for science fiction fans. It puts potential players into the right frame of mind and really sets up the scale of the endeavor. Combatants will not be darting around in fighters, they will be commanding huge, lumbering vessels that scoff at smaller ships. “Probably just debris, sir.”

Despite the inherent coolness of taking control of a ship on the scale of a Battlestar, it is not something that comes up too often in games. In practice, it makes sense: the speed and control afforded by a smaller vessel is exciting, and that alone does not translate to huge ships. However, with its focus on tactical combat, Dreadnought makes it work, and it does so while remaining accessible to new players. Even though it treads less traveled ground in its subject matter, it features classes and tactics that will feel familiar to most gamers.

Before jumping into a team deathmatch, the five ships available in the E3 build were introduced. Though all ships in Dreadnought are meant to be big, they do still run a range of sizes. The titular Dreadnought was likened to a Star Destroyer, an enormous capital ship that can take and deal immense amounts of damage. On the other end of the spectrum is the Corvette, which was compared to the Millenium Falcon; it is easily the fastest of the ships on display here, but still several times larger than a single-pilot fighter.

However, what that all translates to in game terms is a fairly standard class-based multiplayer setup. The Dreadnought is your tank and the Corvette is your scout. Also on display were the Destroyer, an all-around combat ship, the Artillery cruiser, a long-range damage dealer, and the Tactical cruiser, which was essentially a healer. Though only five ships were shown, more are planned for the future. There will eventually be more classes of ships, as well as different ships within a class, each produced by three different in-game manufacturers.

In the couple games we were able to fit into the session, I got to try out the Tactical cruiser and the Artillery cruiser. Both handled similarly: They are smaller and less armored than the Destroyer or the Dreadnought, but still take some time to get where they need to be. The movement is tank-like, where ships can move forward and backward or they can turn, but they cannot strafe. Additionally, as airborne vehicles, they can ascend or descend. All of the movement, thrusting, reversing, turning, ascending, and descending is appropriately slow. It can be a little jarring for those more accustomed to fast action, but it makes sense and it sets up a different pace for the way battles play out. 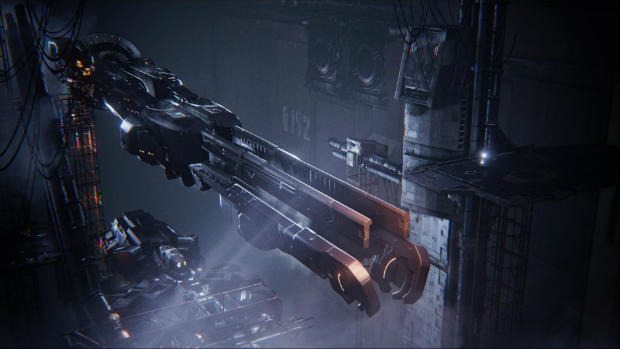 Thankfully, one of the features that all ships have is the ability to divert power between subsystems. Diverting power to thrusters will make your ship move more quickly, and diverting it to shields will increase the amount of damage that can be absorbed. Additionally, certain special abilities, like the Tactical cruiser’s enhanced repair beam, drain energy. This focus of energy cannot be sustained indefinitely; once the meter runs out, the ship must resume normal operating conditions while it recharges.

Each of the different classes of ships has a set of four special abilities to use. In addition to its powered up repair beam, the Tactical cruiser could self-repair, for instance. The Artillery cruiser has a nearly invisible cloaking ability, as well as a siege mode, which increases damage output, but decreases mobility and makes it more susceptible to damage.

Though we only got to try out team deathmatch, there are three modes planned. The second one discussed was team elimination, which was described as taking the deathmatch gameplay and slowing it down even further, creating an even more tactical experience. The third game type was not portrayed in detail, but one of the developers described it as a unique game that that fits into the universe. He said that the team took what they learned with how the battles changed when transitioning from deathmatch to elimination, and built the third game mode with those fundamental ideas in mind. 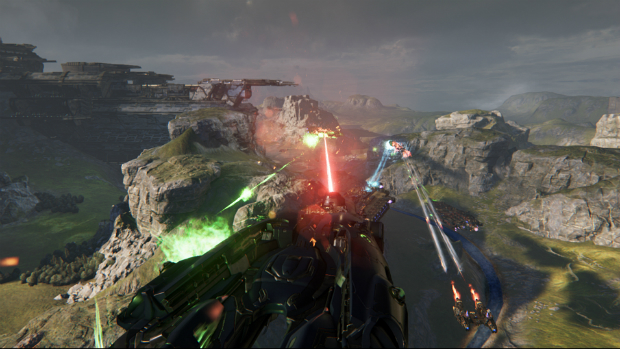 Though we were shown a simple, ten-player deathmatch, Dreadnought is not solely a multiplayer affair. Yager reported that it would also include a single player campaign, with episodic content. Additionally, it is planned as a free-to-play title. Yager would not discuss the details of how it intends to monetize the game, but the developers on hand did mention that progression through the ranks would be horizontal, cutting down on more experienced (or wealthy) players having access to strictly better gear. The developer intends to avoid a pay-to-win setup.

Dreadnought is set to release on PC initially. There are no official plans to release on additional platforms yet, but the developer did mention that it has a build that is playable with a gamepad, so the ability to branch out onto consoles is there, should the opportunity arise.

This is a strange beast in my brain right now. Its pacing is sure to turn off players who prefer faster action. It is not a game about dogfighting so much as it is about moving as a team, maintaining strategically advantageous positioning, and using abilities effectively. With its standard class archetypes and huge ships, it plays almost like an MMORPG dunked in molasses. And yet, I still feel compelled to check it out when it releases. I am not even sure that I really enjoyed my time with it, but I am sure that I want to spend more time with it to find out.