The Xbox and PlayStation booths are directly next to each other in the West Hall of the Los Angeles Convention Center for E3 2014 this year, which made it really convenient to compare two upcoming racing games. I put the delayed-but-now-finally-coming PS4 racer Driveclub and the newly announced Xbox One street racer Forza Horizon 2 together for a bit of a head-to-head comparison for you.

Both were demo builds of unfinished games, so take that into consideration as you read on. 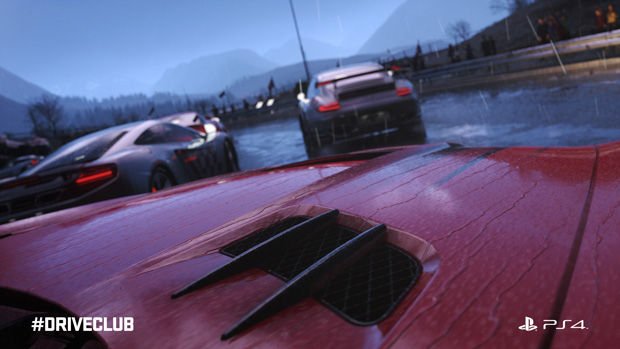 Let’s just get this out of the way first. No contest: Driveclub wins. Forza Horizon 2 looks outstanding on the Xbox One, just as its predecessor did on the Xbox 360. But the high-resolution gameplay and the high level of car and track detail of Driveclub easily won out in a side-by-side. Both games will wow you with their car-porn closeups, but Driveclub looks better in action.

I’m glad that Horizon 2 gets a weather system with this release, but the examples I saw in the two races I played were nothing like the dynamic weather examples I saw earlier this week in Driveclub. Horizon‘s falling rain and glossy streets looked nice, but it lacked Driveclub‘s realistic transitions and sky lighting.

Again, both look great. But Driveclub takes first here with a clear lead. Of course, looks have no bearing on gameplay… 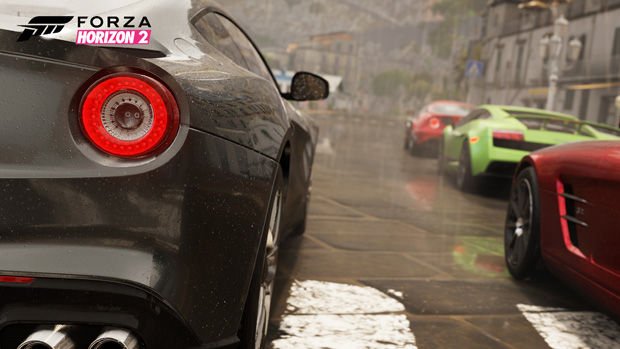 Picking up Forza Horizon 2 felt very familiar. I’m a fan of its predecessor as well as all of its cousin titles in the franchise, so getting into the zone was pretty easy to do. Taking corners in s-turns felt smooth and enjoyable, and whipping past opponents was as satisfying as I expected it to be. I loved that they kept the haptic feedback in the triggers for braking and cornering, just like Forza Motorsport 5.

But there seems to be something missing from how the cars react when cornering in Horizon 2.To me it feels a bit simple and over-assisted. Of course, there are options to tweak the feel and assists, so my opinion will likely change with the full version. They usually make show-floor demos as easy as possible to play.

While Driveclub didn’t feel as familiar as Horizon 2 did, it only took me a few seconds to feel like there was a bit more going on under the hood. Both games have a feel that rides between arcade and sim racing, but Driveclub fit my tastes a bit better; I felt that there was more car under my thumbs. It may be slightly more stiff feeling than Horizon 2‘s demo was, but I instantly felt connected to it, just as I did the last time I played. It’s really easy to get into, but still feels convincing enough to satisfy the sim racing fan in me. 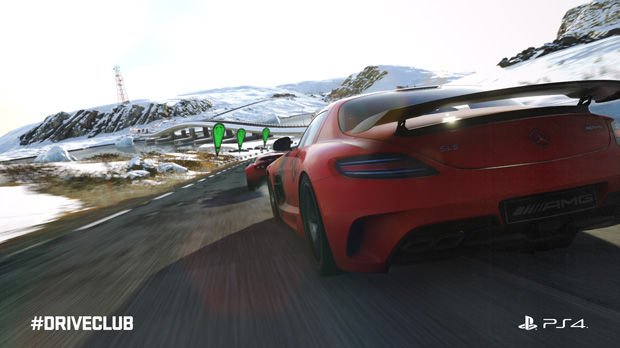 In multiplayer matches, crash-crazy bumper car nonsense is almost unavoidable. This was the case for every race I played in both games. The race start for Horizon 2 was a mess, but I managed to break away both times I played and enjoy myself. And when the race was over I could admire how trashed my GT-R became from the early collisions.

Driveclub threw me into some pretty tight courses for the two separate eight-player matches I tried. Unfortunately the race starts were pretty aggravating. Bad cornering from other players had pileups all over the road. I couldn’t even take joy in the collisions because they felt so dull. Hitting a trackside wall was like bumping into a padded wall, and being rammed by a car into one felt even more off.I feel like matches against players that were actually interested in racing would have been more enjoyable. 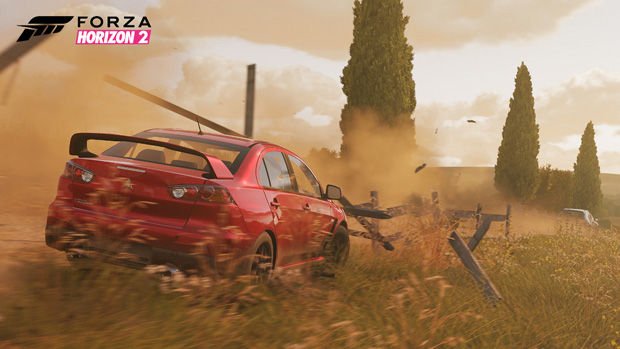 We had no way to test the various customization options of either title, and multiplayer matches won’t tell us anything about AI. Of course, when it’s all said and done, Forza Horizon 2has a longer feature list and more modes. But as it stands now, here at E3, I feel it’s a bit of a draw between the two racers.

I loved racing in both games, though. I’d be happy to jump into several more races of either if I had the time. Both are set to be really good racers for their respective platforms. I’m excited.