The Duels of the Planeswalkers series has been a serious boon to Wizards of the Coast, Stainless Games’ polished digital experience helping introduce new players to the company’s flagship card game: Magic: the Gathering. Unfortunately, the game’s previous installments have all lacked one crucial element of the Magic experience: building your own original deck. 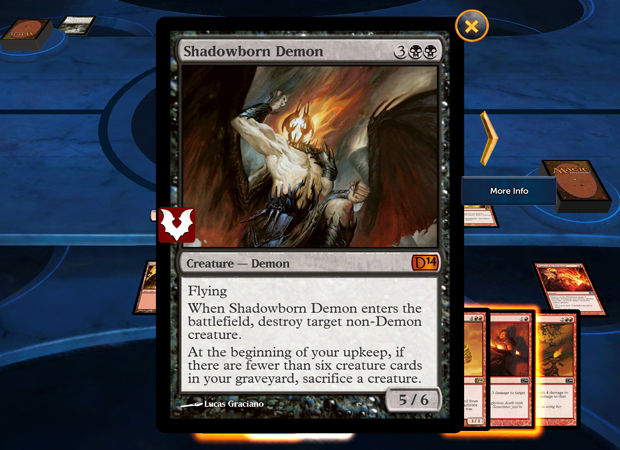 Thankfully, Wizards is finally letting players take charge of deck building, announcing that the previously teased new game mode for Duels of the Planeswalkers 2014 will be sealed play. In sealed, players start with an initial pool of six 14-card booster packs, using these to build an initial 40-card deck. By winning matches in the campaign mode, players will gradually earn an additional three boosters, allowing them to either refine their existing deck or build a new one entirely.

Through offering a unique card pool to each player, DOTP 2014 ensures that its multiplayer mode will be more interesting than ever, letting budding planeswalkers battle it out with their own deck creations once they’ve tired of the stock decks offered in the regular campaign.

While DOTP will give players their first two sealed pools for free, though those who find themselves addicted to the thrill of opening virtual packs can open additional sealed pools for $1.99 apiece, up to 20 pools in total.When asked at E3 why the limit on sealed pool slots, brand manager Adam Dickson made the astute observation that anyone who’s dropped $40 on digital cards is probably ready to make the move to the actual game. He’s probably right, though as a longtime player of the game I advise you to make the most of DOTP’s value pricing before you start turning your paychecks into boxes of actual boosters. 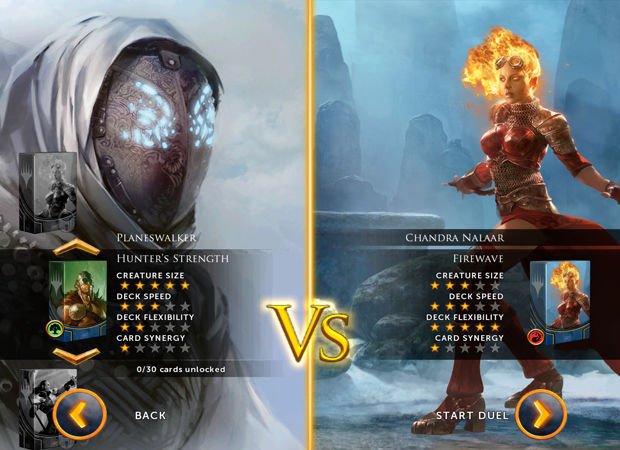 Additionally, Wizards continues to make DOTP a must-buy for Magic fans by offering a selection of exclusive promo cards to purchasers of the game. Each copy comes with a promo code which can be redeemed for a special booster pack of actual cards from the upcoming Magic 2014 set, which includes one of three foil promotional cards depending on your platform: Bonescythe Sliver (Xbox 360), Ogre Battledriver (PS3), or Scavenging Ooze (Steam, iOS, or Android).

Considering that Ooze was selling for $60 before its upcoming reprint was announced, the non-console version of the game is definitely a recommended buy. 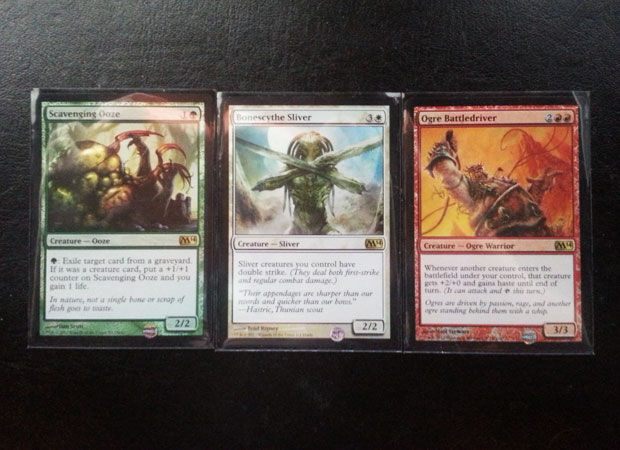 In short, it’s good to see Wizards willing to expand the DOTP experience, even knowing the deck customization elements potentially dig into the profits of their fully-featured digital experience: Magic Online. Sealed play really has the potential to expose new players to one of the true thrills of the game, and hopefully keep the Magic community growing.

Though no firm release date is announced, look for DOTP 2014 to launch somewhere around the same window as the Magic 2014 expansion (July 19). And seriously, get yourself an Ooze while you still can!