Fighting games and roguelikes are my personal school of hard knocks

Learning from my (many) failures

The last few years of games for me have been all about defeat. Constant, unending, expected defeat. I think I’m better for it.

It wasn’t always like that. In fact, for most of my life, games have been all about completion, victory. Usually a victory earned under a time restraint to boot. Weekend rentals in the 8-bit and 16-bit era were a mad dash to squeeze everything you could out of a title, take it apart as quickly as possible, and get to that credits screen so you could put another notch in your belt (and avoid another late fee).

That attitude stayed with me for most of my gaming life. I played games to beat them. But over the past four or five years, more often than not, I’ve been playing games that beat me.

It started with the resurgence of two genres that had been on the decline, roguelikes and fighting games. Both genres carry a chip on their shoulder. They bring a cold defiant lack of concern for your notions of fairness or expected success. Both genres ask for more from their players; a devotion of time, thought, and raw emotional exhaustion that sets them apart. To me, both of these genres will help you build a callous; a thick, impenetrable layer of scar tissue earned from many hard knocks and tough losses that you can take with you into other games, and possibly into the rest of your life in the real world. 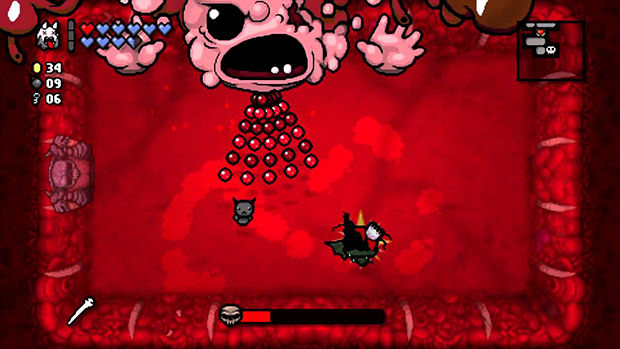 Titles like The Binding of Isaac, FTL, Nuclear Throne and (my latest obsession) Darkest Dungeon make it their business to stymie and frustrate your futile attempts to get to the credits screen. They delight in throwing a wrench into the works, tearing apart promising looking runs or dungeon crawls with a few merciless rolls of the RNG. They move around the win conditions and goalposts from the traditional idea of “I gotta get to the end and dunk on the last boss!” to “oh God, please just let me survive a little longer this time.” Victory isn’t just marked by, well, victory, but by discovery and learning. Seeing a new enemy, figuring out a new trick or strategy, and learning to avoid whatever awful thing killed you last time. Those small successes are what dubs a run a win.

It’s tough to turn that switch that demands progression off in your brain. It has been dutifully conditioned by years of games where victory is the expected outcome. But it’s those wild unfair swings in a roguelike that completely mess you up that makes them so satisfying. The emotional roller-coaster of suddenly losing a beloved party member, or picking up an item that completely gimps your current build, or getting screwed by a few unlucky rolls that leave you facing almost certain doom.

These factors that push you out of your comfort zone and force you to come up with new strategies broaden your horizons, you have to think about the game and really consider all of your options rather than relying on one or two recipes for success. Those runs that truly are hopeless? Well, they just let you appreciate the good ones a little more. 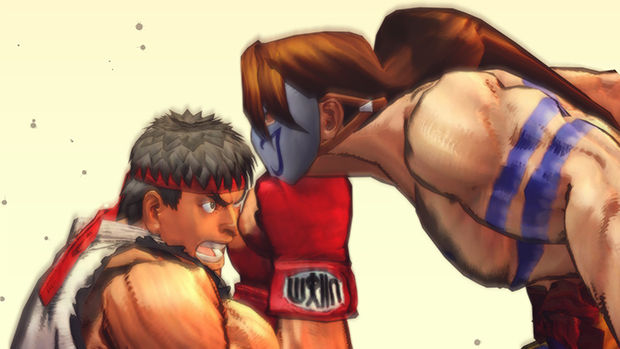 It took me a long time to realize it, but fighting games are much the same when you get right down to it. While you always want to win a fight, just adding more notches to your W/L ratio isn’t, and shouldn’t be, the goal. What you really should be aiming for is learning.

When Street Fighter IV came out, I was very hot-to-trot for some online play. I remembered dominating at SFII in grade school, all the hours I sunk into collecting every ending in Alpha 3 on the PS1, the times I used to rush through Marvel Super Heroes on one quarter in the arcade. I thought I was good at fighting games, and was looking forward to a chance to prove it. I swagged online like I was O’Hara from Enter the Dragon, obnoxiously breaking boards in front of Bruce Lee like it meant something. My fights ended up going about as well as his did — Boards, and CPU opponents, don’t hit back like the real deal.

I’ll be completely honest, I almost quit playing fighting games at that point. Nobody likes to lose, especially when you’re losing at something that used to be a point of pride for yourself. Thankfully, despite its rough and tumble exterior, the fighting game community actually has a great attitude about these things. EVERYBODY loses. It’s what you take away from those losses and how you come back from them that defines you as a player.

Shortly after SFIV came out, I was introduced to David Sirlin’s Playing to Win, a book that is all about the philosophy of fighting games and is as close to a bible for the fighting game community that exists. I remember when I first read it I distinctly thought “this guy is an asshole.”

Playing to Win can be a very abrasive read if you come from a background of playing fighting games for fun. If you ever thought your next door neighbor was cheap for constantly sweeping in Mortal Kombat 2, or angrily called someone a “spammer” for repeatedly tossing out fireballs from across the screen, or think there is such as thing as too many throws in one round (a philosophy I can no longer recognize except in direct reverse), Sirlin’s opinions will probably rub you the wrong way. These self-imposed rules and ideas about how the game should be played are the foundation for what he considers a “scrub mentality,” a mental framework that will always limit how far you can go in fighting games, and ultimately, how much joy you can derive from them. 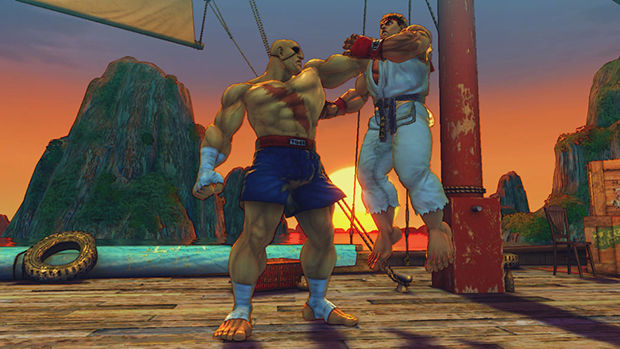 Embarrassingly, I saw a lot of that “scrub mentality” in myself. The way I’d get angry at “coward” Guile players for tossing endless sonic booms, or frustrated with people constantly choosing the blatantly over-powered emperor of Muay Thai, Sagat, for easy wins. But when you stop looking at what other players are doing as “cheap,” and start looking at your losses as learning experiences rather than straight out defeats, a lot of that frustration evaporates. It takes real effort and time, but when you internalize that outlook, fighting games become less stressful, more enjoyable, and infinitely more beautiful.

Of course people are going to throw sonic booms as Guile, he’s a machine made by the Air Force to do exactly that. It may be true that Sagat (or whatever character) is over-powered and easier to win with and disproportionally popular as a result, but how can you blame people for making a choice that will tip the odds in their favor? You have that choice and opportunity too, and if you decide to stick with a different character you’ll just have to make peace with the fact that you’ll run into tough matches and try and develop a strategy to deal with them. 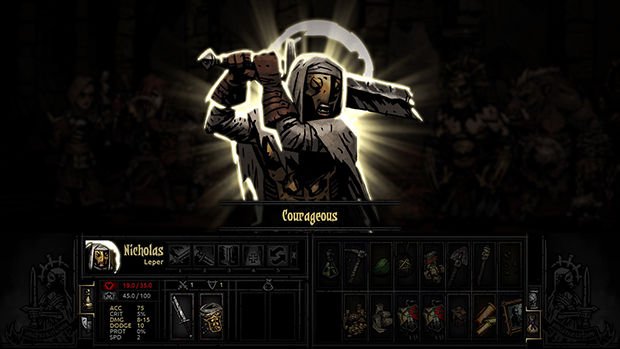 You can either get frustrated, stomp around, and quit/uninstall the game forever, or you can thicken your skin. Learn how to roll with the punches, and take something away from the mistake. Either figure out ways to avoid it in the future, or come to peace with the idea that sometimes things are out of your control.

These are not new concepts, ideally we should always be trying to find the positive side to a set-back or learn from a mistake. But to me, at least, nothing else crystallizes the idea of learning from a loss into a rock hard truth than pitiless rougelikes and fighting games. And after spending so many years immersed in both genres, I like to think that I’ve been able to take those lessons and apply them to other areas of my life. It’s not always easy, and I won’t claim to be some kind of Zen master who never gets frustrated, but I know I’m definitely a more patient person now than I was five years ago.