Freaking Meatbags is tower defense with a unique style

“Meatbags.” There are few more apt terms to represent the views of a theoretical intelligent robot than the word Star Wars: Knights of the Old Republic‘s HK-47 used to refer to people.

Considering its timelessness it’s actually a surprise that it took this long for it to appear in the title of a completely unrelated game, but here we are now, with WildFactor’s Freaking Meatbags, which recently entered Steam Early Access.

But just what is it? What is Freaking Meatbags, other than a clear expression of frustration at the limitations of these squishy sacks of protein and water? 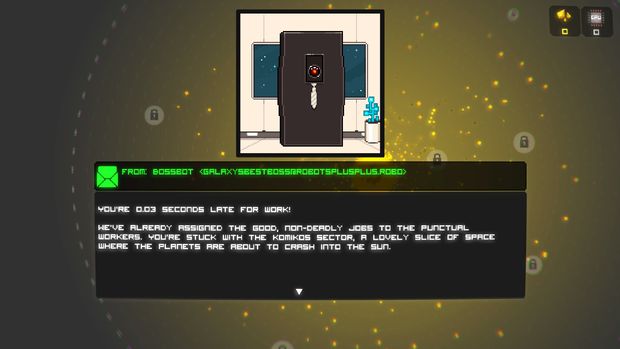 What kind of game would WildFactor make whose most succinct expression — its title — reads like it should be accompanied by an exasperated sigh and a palm to the face, or its robotic equivalent?

WildFactor’s answer seems to be “A real-time strategy/tower defense hybrid, of course.” Freaking Meatbagsputs you in the circuits of Chip, a boxy, hovering robotic shift manager tasked by his employer — a black monolith evoking HAL 9000 in a necktie — with strip-mining a series of planets. To save on costs, Chip must source local resources to get the job done.

The local resources in question are the titular meatbags, humans, and aliens who happen to be living on the planets, getting their organic leavings all over the valuable minerals. Chip must capture meatbags, put them to work harvesting resources, “optimize” them to overcome their fleshly limitations, and keep them alive from waves of wild robots with an assortment of defenses.

Freaking Meatbags doesn’t mess around too much with the basic formula for tower defense. Enemies still come in waves, telegraph their arrival, and the main challenge is making sure the walls, towers, and other equipment you’ve prepared can survive under constant pressure from a variety of foes.

The twist WildFactor throws in is in the construction of more traditional RTS-style base building and resource management. Chip’s spaceship base can teleport in various structures, including defense towers and walls to fend off enemies and logistical structures to accelerate resource harvesting, clone new meatbag laborers, or speed up their movement or efficiency. 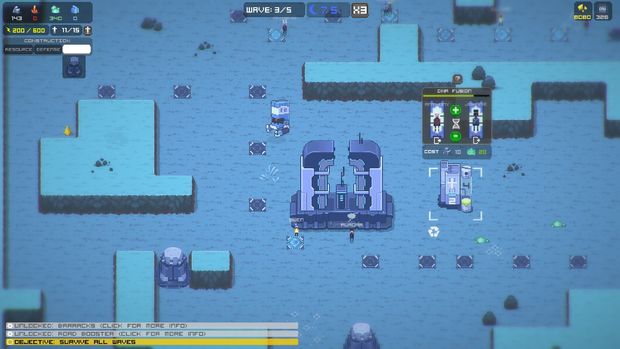 The meatbags pull double duty as both peon and soldier, with the right augmentations. Basic humans are slothful, gather slowly, and need to be chased around to get back to work. You can fix that, though, by stuffing them into a gene-splicer alongside a useful alien. The resulting meatbag clone then contains abilities from both “parents,” which can range from faster movement or harvesting to eye lasers, rocket launchers, and suicide bombs. If it leads to a world where having a rocket launcher or eye beams could be considered your genetic birthright, then I for one welcome our new robot employers.

And meatbag employees are ones you’ll need, as static defense towers and walls aren’t enough to hold off the hordes on your own. Careful positioning of armed meatbags help whittle down packs of wild robots before they can assault your home base. Of course, that might mean splitting some of them off from their just-as-important resource-mining duties, which layers on more managerial tension when the time comes to defend the homestead. 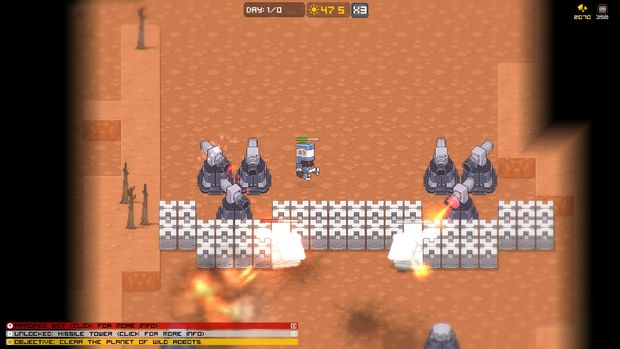 The game also includes meatbag-less solo missions, in which Chip and a small pack of orbiting weapons drones navigate an enemy-infested labyrinth in a vague approximation of Diablo. The missions don’t last too long but help to break up the base-building with occasional breaks for heavy firepower.

Freaking Meatbagsimpresses by being a solid, seemingly glitch-free experience at this relatively early stage (I didn’t encounter any bugs of note beyond the insect-shaped robots my towers shot down), but signs of its incompleteness are still apparent. Several buildings are openly marked as not having been implemented yet, and the options for upgrading meatbags and structures are still limited past the first couple of layers.

Missions are also a somewhat weaker point, as the base-building so far lacks the puzzle-like element that makes the tower-defense genre tick. In its place is a fairly staid build order and lots of idle time while waiting for your meatbags to harvest enough resources to make more turrets. Additional objectives like exploring spaceship crash sites or harvesting certain amounts of resources add more wrinkles to the play, but don’t go far enough in keeping things fresh. Wildfactor’s dev blog continues to tease out upcoming mechanics and structures, so once more content enters the game it should feel more lively. 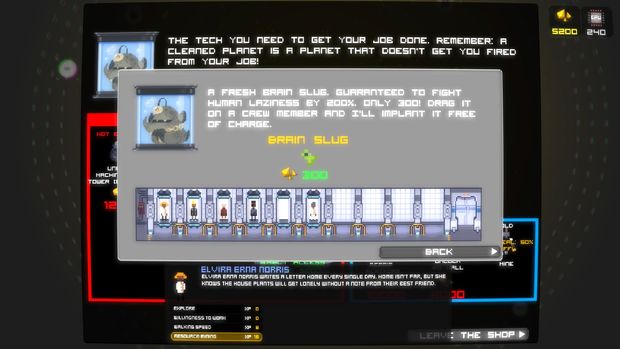 In the end, while people looking for a more finished product would do well to wait for a full release, charming visuals and a cute hook makeFreaking Meatbagsis an easy recommendation whenever it does hit virtual shelves.

And that’s not just the brain slug talking!