Get Even does near-photorealistic mystery investigation

In a presentation through Microsoft’s [email protected] program, The Farm 51’s Lead Designer Kamil Bilczyński first showed the trailer for the upcoming first-person shooter/mystery investigation hybrid game Get Even.

It is clear why he opened with it; the footage is stunning. One of the others in the room asked if it was live action that was filmed, and it turns out that it was entirely rendered by computer. Get Even had our attention at that point, and fortunately, there is more to it than just being a shooter with realistic looking environments. 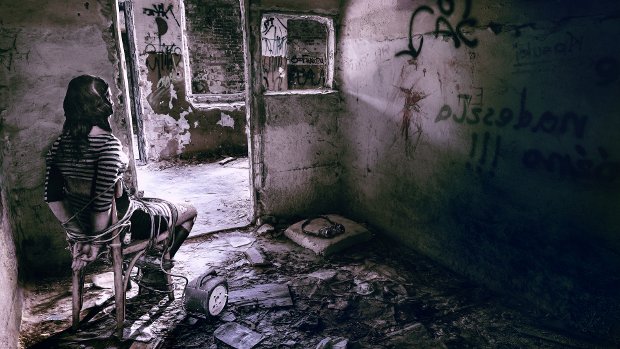 The central question that defines Get Even‘s design philosophy is “What is real?” This shows up in the desire to strive for photorealism, but also in the narrative and the gameplay that drives it as well. After the trailer,Bilczyński walked through beginning of an investigation into the events that occurred in the crumbling, graffitied building.

He walked past some dead bodies, but stopped by one that had no recognizable face. Using an in-game smartphone he took a picture of the corpse, which was then added as a clue in the investigation. Of course, without an identifiable face, it was not a very good clue, but acquiring it also added a new memory to the player’s bank as well.

Almost reminiscent of the film Memento, the player gains new memories of past events, and can then play through those memories. The next scene put the player into the same building before the attack on it. Walking through as the assault plays out in slow motion, he was able to make it to the spot where the execution happened, snapping a photo of the unidentified man before he is shot in the face. The man is dead, and the player cannot change that, but he can figure out why and how. 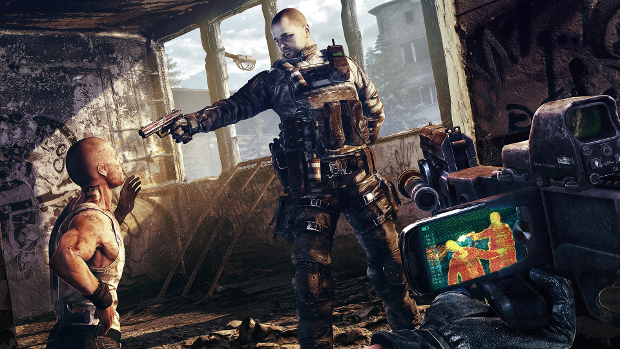 The narrative through the investigation sections looks like it is worth exploring, but there is also more by-the-book shooter gameplay too. Still, Get Even does a couple of noteworthy things to try to separate itself from Call of Duty. The first thing shown off was largely superficial, but cool nonetheless. The CornerShotis in the game, letting players safely see and shoot around corners, using the aforementioned smartphone as a visualizer.

More interesting is the melding of single and multiplayer gameplay. There are two separate campaigns, which view the events of the story from opposing perspectives. As a result, any random enemy in a single player game could actually be a human, playing through his own side of the story. This is another point that ties into the “what is real?” question; not only are the events of the story in question, but the enemies themselves are too.

So far, Get Even is looking pretty good, figuratively and literally. It will be the environments built by 3D scanning technology that gets people to notice it, but the narrative looks like it will be what really sets it apart. Of course, something of this caliber will take a while to produce, especially with a relatively small team. Get Even is expected to release in either late 2015 or early 2016.