Born to be Mild

Launched in the arcades and on the home Neo Geo format in 1990, Riding Hero is SNK’s shameless rip-off of Sega’s far superior Hang-On. Those who’ve played the former can wheelspin tales of its ridiculously difficult mechanics, that allow you to pass other bikers on the track, only for them to get a miraculous speed boost and smash straight into your ass. 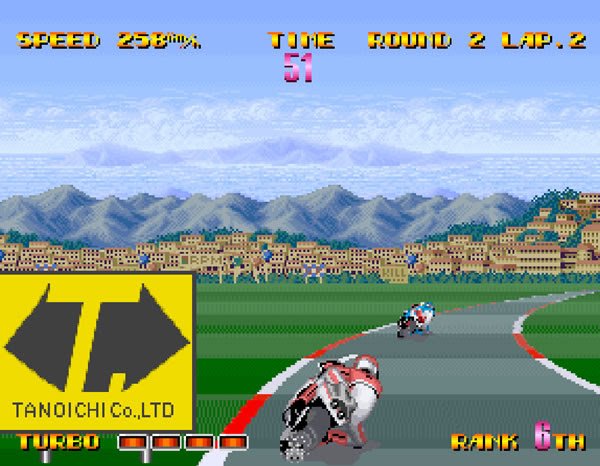 When not getting rekt on the asphalt, Riding Hero allows you to make a fool of yourself socially. Yes, the game actually has a Story Mode, which sees you as a young biker trying to make a name for yourself in the big leagues, ultimately coming face-to-face with the best biker around, Diamond Dave. This mode actually features a whole bunch of characters, locations and dialogue in between races. Although nothing to write home about, you gotta admit its pretty novel.

Riding Hero is available to download today on PS4 in Japan and Xbox One and Nintendo Switch worldwide, priced around $8