Getting to know the people behind the Mega Man Board Game

How does one approach Capcom with an idea like this?

It’s safe to say that the Mega Man Board game Kickstarter is a massive success. In just under 24 hours it cleared $150,000, which far exceeds its $70,000 goal. But in an odd turn of events, Capcom is not funding the game — they just gave board game manufacturer Jasco the license to create a project on their own.

I had a chat with Jasco Games president and founder,Jason Hawronsky, to see how a project like this comes to life, where you’ll be able to pick it up once it’s actually out, and what we can expect from Jasco and Mega Man in the future. 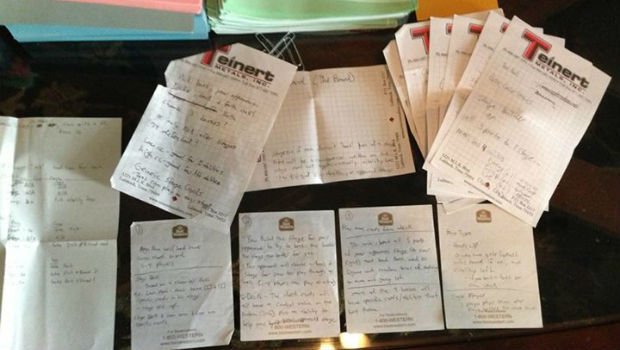 Destructoid: So who initially approached whom with the concept for aMega Manboard game? Did you outright ask Capcom for permission, or did they reach out to Jasco first?

Jason: I was up working in the middle of the night at a Best Western in Manhattan two summers ago. I wrote down the concept for the game (specifically aMega Mangame) and then fell back to sleep. Months later we approached Capcom about licensing bothMega Man andDarkstalkersfor our upcoming plans and the rest is history!

Did you anticipate your project to be funded this quickly? It hasn’t even been 24 hours and you’ve already exceeded your lofty goal.

We certainly hoped it would go this well, but we were all very nervous, anxious and excited to see how our project would do. We’ve put almost two years into the development, design and testing of this and we believe that if we get enough funding to produce our entire dream, fans will love us!

What went into the decision to focus exclusively on the first Mega Man game?

We know how important many of the characters, robot masters, and classic stages are in each of the Mega Man games. Because of that we wanted to really focus on each game one at a time. If the funding allows us, we want to makeeveryone’sfavoritecharacters and stages a possibility in future expansions.

Can you tell us a bit more about your relationship with the Archie Comics team, since a lot of the art from the comics is used for the game?

We have a good relationship with Archie Comics. We worked with them extensively on the Mega Man Universal Fighting System (UFS) card game. The board game itself is actually not going to use much Archie artwork. We have hired out our own team (see cover art) and we are using it as place holders until more artwork is done. 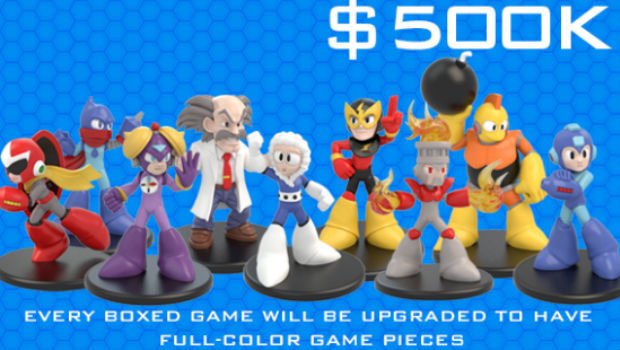 Can you explain a bit about what goes into the deck-building element of the game, and how you decided to use this mechanic rather than dice for movement?

So the balancing of your deck is very important to strategy. We like to consider ourselves somewhat expert at creating great card games, and used our expertise to add to the board game experience. The history of Jasco Games (coming from Sabertooth Games and Fantasy Flight Games backgrounds) has always had a deck-based dice element.

From War Cry (Warhammer CCG) to Warhammer 40K CCG to The Universal Fighting System, there has always been this awesome mechanic. What it does is removes some of the “Luck” factor and allows players to design their deck to “roll” the numbers they think they need. From a game balancing side of the design process, it also allows us to make the good die rolls have slightly less impressive abilities and the bad die rolls to have amazing abilities. This puts the player into a decision of do I want to roll well, or get awesome abilities to use when I build my deck?

Then they have to remember that some numbers on their dice will do special things at certain times in the game so they will need a balance of 1s through 6s. The other big reason for no dice, is they don’t determine how far you move. The challenges on each stage will, so rolling a die for movement wouldn’t help you anyway in Mega Man The Board Game.

Do you have any plans to sell the game pieces individually? Do certain goals need to be met for those fans who don’t necessarily want the game, but just the figures as a collector’s item?

We do plan to sell add-ons individually for collectors. Now the minis in the core games will only be available that way under our current plans, but all of the extras are planned to be available.

Do you have any retail plans for the game currently? What will be the best way for people to pick it up post Kickstarter?

We have partnered with coolstuffinc.com and Southern Hobby Supply to really push this thing after launch. We also have over 500 retail stores we work with already and will be bringing on someone full time to try to push the game into mass market stores like Hastings, Game Stop, Walmart, Target, Barns & Nobles, Toys R’ Us, etc.

If this project does well, does the Capcom license potentially allow for further board games in the future? Are there any Mega Man sub-franchises in particular that the team is eager to explore?

We do have several plans for our Blue Bomber. Currently, the Mega Man Board Game and Universal Fighting System expansions as well as two other projects we have in the works. We are also working on the Darkstalkers license and have some very exciting things to announce at GAMA in Las Vegas this Spring!

What would be an estimated timeline for the game’s shipment, now that you’ve met your Kickstarter goal?

We have it planned to ship out in October, but we will be pushing for as early areleaseas possible. We would love to see this comeout before the Summer (fingers crossed)!

Thanks for your time, Jason!