I hope you still have Ghost of Tsushima installed on your PS4. If not, queue that download.

Earlier today, Sucker Punch released Legends – a co-op mode with two-player story missions and four-player wave-based survival maps, both of which make fantastic use of Ghost‘s sneaky combat. Best of all, it’s free. If you own the game, you can download update 1.1, load up Legends from the main menu, burn through a few “remember how to play?” tutorials, and start queuing with your warrior of choice.

As someone who stuck with ranged combat as much as possible in the campaign, I initially went with the Hunter over the Samurai, Ronin, or Assassin. You’ll be able to unlock all four classes eventually – Legends really leans into its loot and XP-based progression – but make sure you pick whoever strikes your fancy. That said, while they all have their specialties, they don’t feel dramatically different at first.

Everyone can use ranged and melee attacks, and much of Jin’s toolkit carries over from the main game, albeit split across class-based ability trees and equippable Charms and Ghost Weapons that you’ll unlock as rewards for clearing objectives. The actual loot (and its ensuing “Ki” power level) is mostly shared across the four classes – a design choice I adore – but each archetype levels up independently. 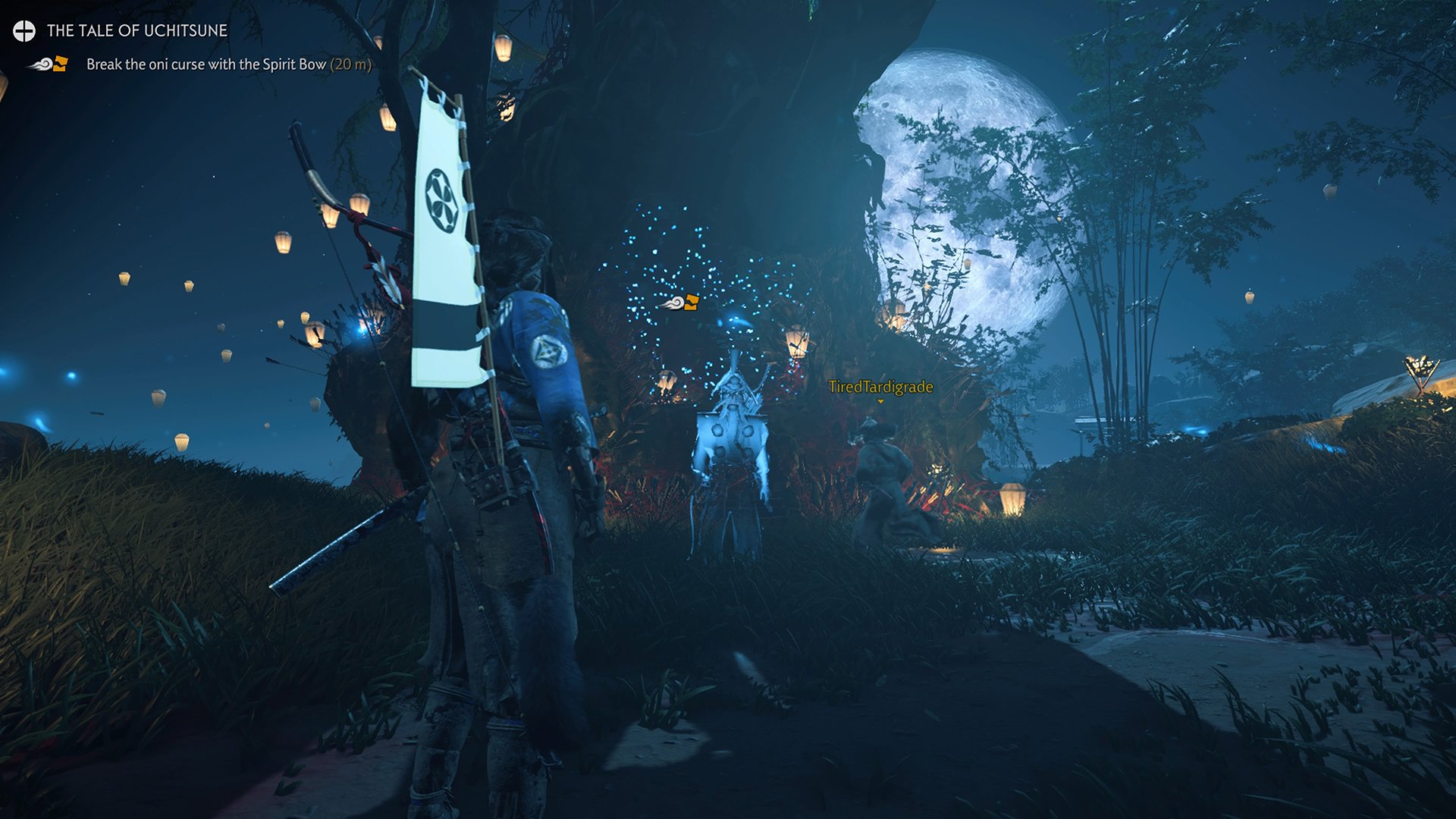 I had only planned to play a few – not all! – of Legends’ nine co-op story missions before sharing my impressions. Unlike the side quests in the main Ghost of Tsushima campaign that began to grow stale as early as the second island region, none of these outstayed their welcome. One mission had me watching lightning to locate and dispatch ghost warriors. Another involved powering up my katana with color-coded energy. My favorite level let me and a co-op buddy sneak around several ships at sea.

These stories are fully narrated, they only take about 15 minutes to clear, they’re broken into three well-paced parts (with quick torii gate transition scenes in between), and they’re just big enough in scope to feel open-ended yet still playable with a random person online who isn’t using a microphone.

While I’m not sure when I’ll go back to play everything again on the higher difficulties (there’s a bronze, silver, and gold-tier system with varying Ki power level requirements), I probably will make the effort. I had that much fun. There’s something wonderful about taking out two guards simultaneously with a stranger or nailing a far-off headshot on a foe before they can stab your unaware pal in the back. 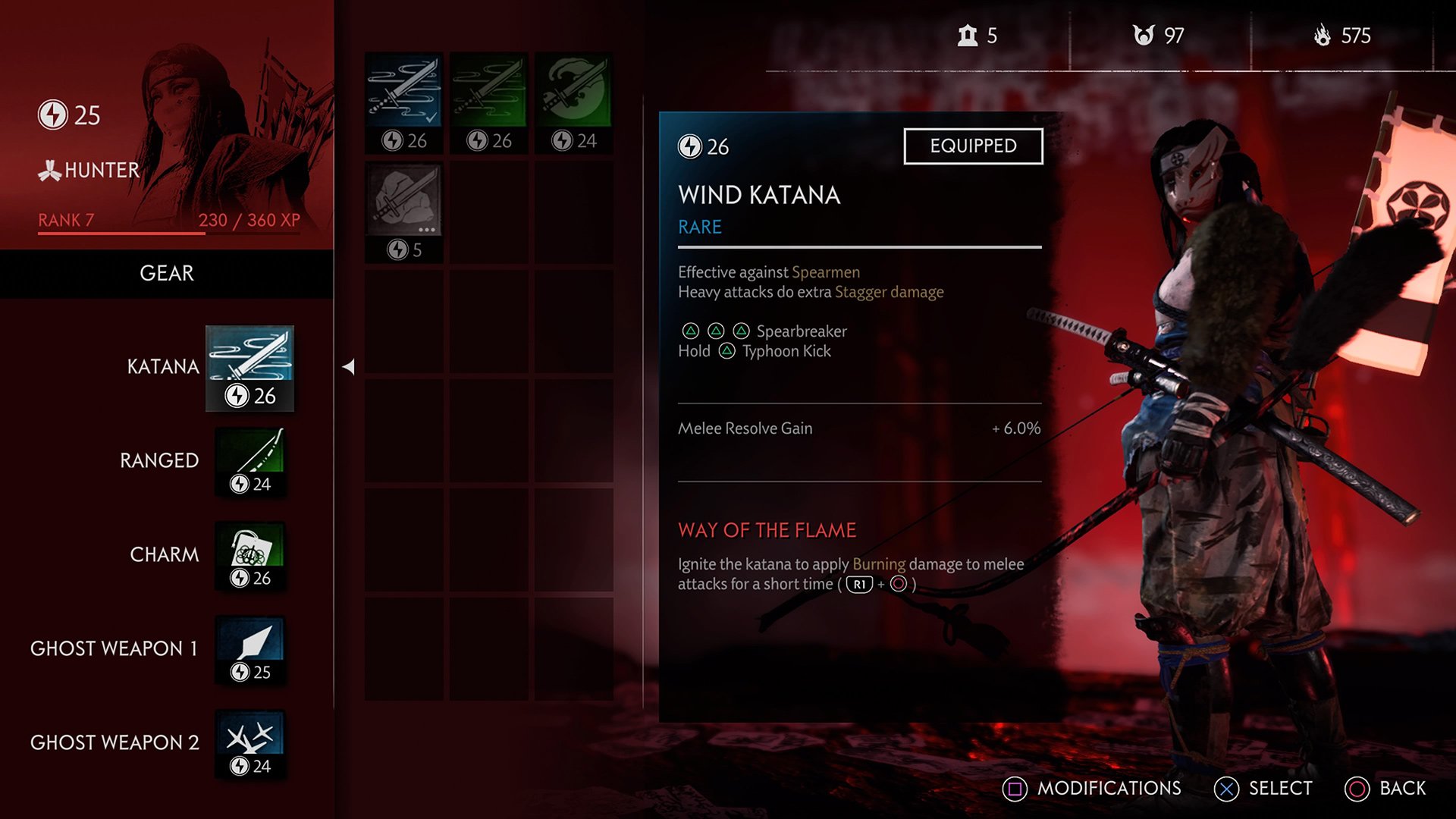 As a Nioh fanatic, I’m also here for the loot. But don’t let that scare you off if you aren’t.

Aside from ranking up to unlock new (and alternate) class abilities, you’ll need to spend a moment swapping in new gear items – a katana, bow, Charm, and two Ghost Weapons – as you earn them. Everything has a rarity tier and Ki level associated with it, and the best stuff has special properties or perks (which you can re-roll using currencies earned from playing and dismantling unwanted junk). If that sounds like Too Much, it honestly isn’t – the loot situation is pretty intuitive and manageable.

As for the survival missions, they aren’t as inspired – remember when every game had to have a mode like this? – but they are enjoyable with even a decent-at-best group of players. Across 15 waves, some of which have beefy demon boys, you’ll want to divide and conquer to defend multiple control points from being captured (or risk losing a chunk of your health bar for a limited time if you let them fall).

It’s worth noting that you can go into Legends alone – heck, you can even go in alone with photo mode enabled. In my experience, the public matchmaking is super fast and the connections are reliable. 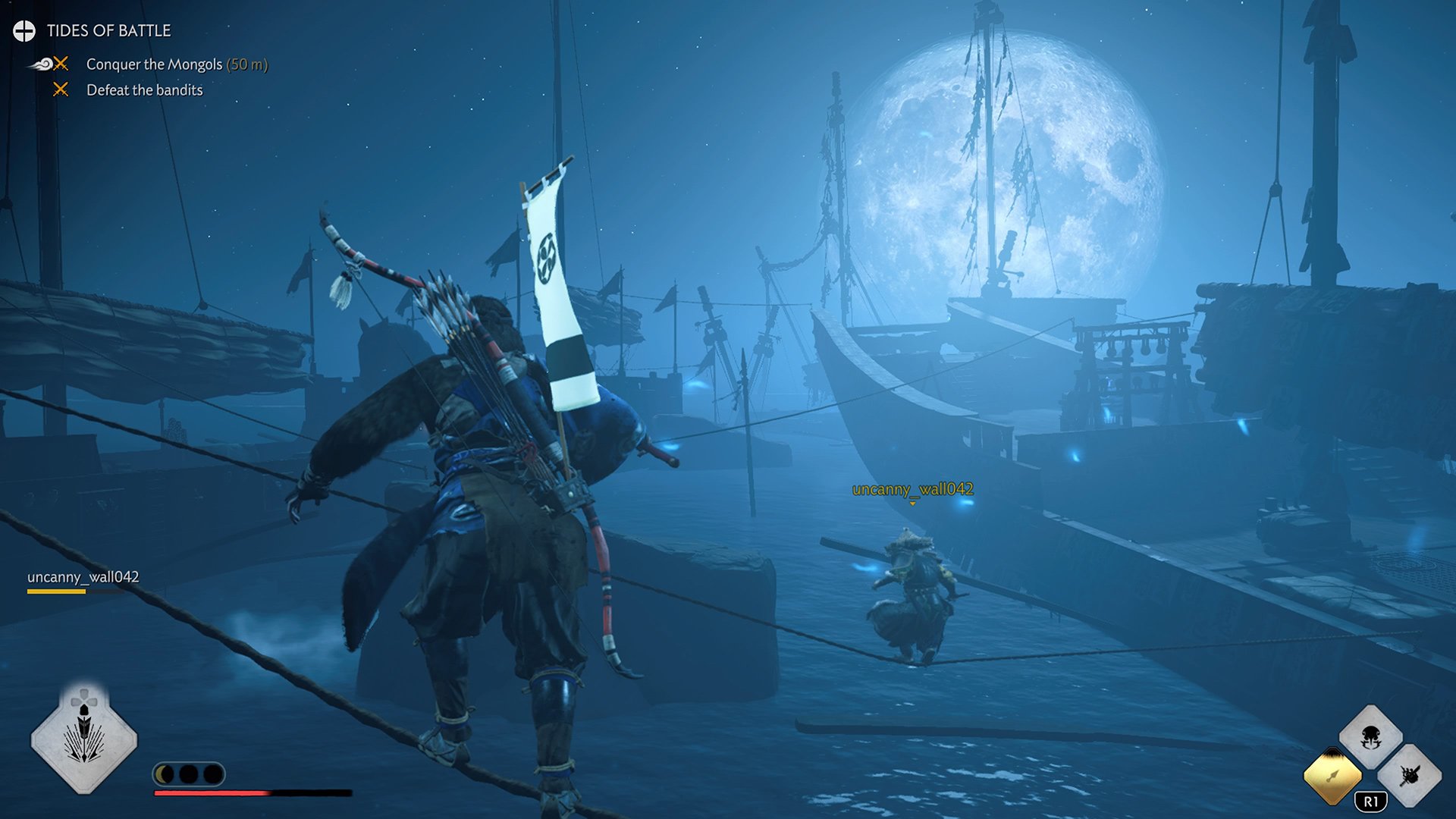 After spending an afternoon with the mode, I’m looking at my schedule and trying to find room to play more of it soon. Legends could’ve easily been a paid DLC pack – and it would’ve been worth the money, too. The fact that it’s free and there aren’t microtransactions is just wonderful. I’m now at the point where I’ll be sad if a potential sequel doesn’t have co-op support. It fits this combat style perfectly.

Even if you burned yourself out on Ghost of Tsushima, don’t skip Legends. This mode feels fresh.