Ubisoft’s not making any radical changes to its approach to E3. That doesn’t mean the French publisher won’t have anything exciting to announce; it’s just that whatever happens will go down the same way it always does — with a healthy amount of #GirlWood.

Yes, Aisha Tyler is again the host for Ubisoft’s E3 press conference, which will take place on Monday June 15 at 2:45 Pacific at the Orpheum Theatre. This show will mark the fourth consecutive Ubisoft presser that Tyler’s hosted. If memory serves, she plays the part well and benefits greatly from not being anywhere near as terrible as Mr. Caffeine.

Ubisoft’s plans don’t end Monday, though. The Uplay Lounge is back for its third year to give fans a taste of the show away from the convention center. Taking place high up in the Bank Tower of downtown LA, the general public can stop by on June 16 and 17 to get a glimpse of games like Assassin’s Creed: Syndicate, The Division, Rainbow Six Siege, and some unannounced titles.

Lastly, for some reason Ubisoft sent the following picture of CEO Yves Guillemot attached to its press release. I don’t know why. I don’t want to know why. I just want you all to bask in its glory. Hashtag Girl Wood, Hashtag Guy Wood. 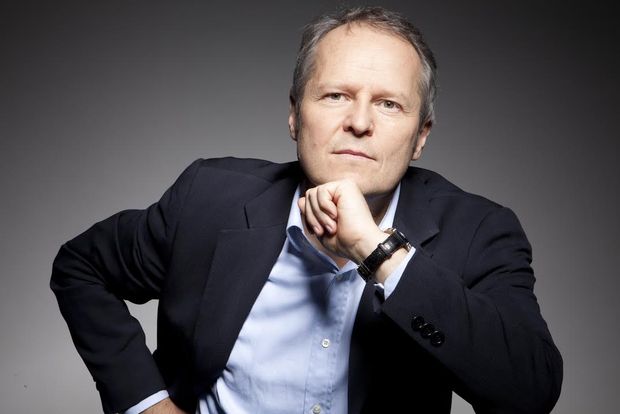