Gloomhaven on Early Access is a new way for veterans to play, but beginners beware

Not for the newbies yet

The digital adaptation of the current top-rated board game on BoardGameGeek Gloomhaven was announced about a year ago, and it is now available on Steam Early Access. For strategy gamers, it may seem like a no-brainer. If that many people like the tabletop version that much, and we can get a digital version for less than a quarter of the price, then it should be worth it, right?

Well… maybe. If you’re like me, a person who has put hundreds of hours into the board game already, then Gloomhaven on PC has some distinct advantages: no need to carry that monster of a box around, no setup or takedown, and the addition of visual effects and sound. But if you’ve been interested in the board game and want to try this out to see if you like it, you might be better off waiting for more features. 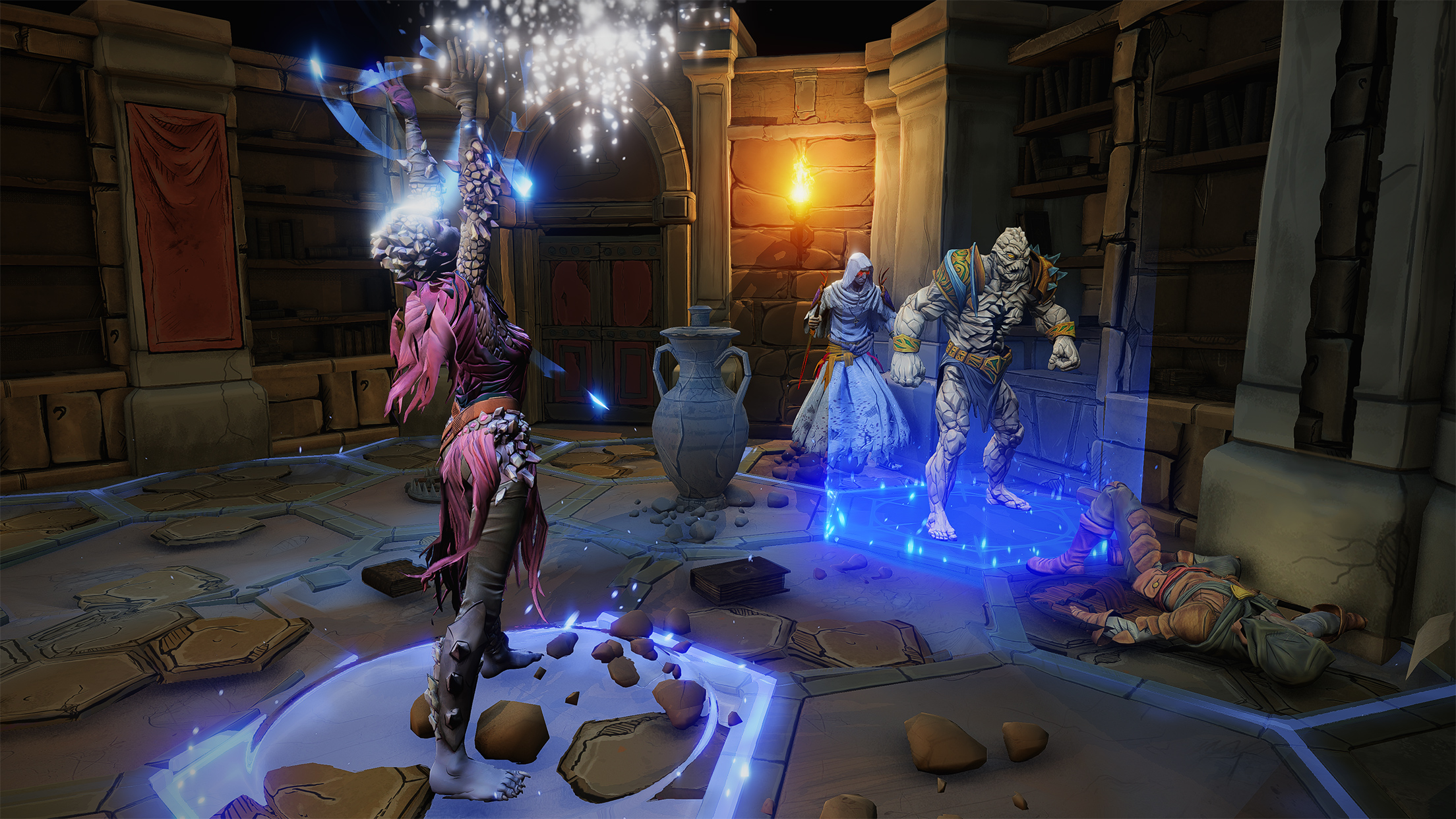 Namely, new players will almost certainly want to wait for the planned tutorial to release. See, Gloomhaven uses a unique card-based action system in which the cards represent your abilities, your initiative, and your stamina. A character takes a turn by choosing to play the top half of one card and the bottom half of another and executing the associated actions. Some actions are more powerful and can only be used once per game.

It sounds fairly simple because the system itself is simple, however, the cards themselves make for exciting decisions from turn to turn, often requiring players to plan one or two turns ahead of time. It has an elegance to it, where masterful play will leave options open, setting up one combination of actions for a certain board state, but keeping the opposite set of actions on hand in case something unexpected happens.

It’s a little difficult to explain why the decision making in Gloomhaven is so satisfying without going deep into specific cards and rules interactions. The digital version in its current state does not make that any easier, because a lot of the gameplay elements that had to be handled manually are now automated, so it is not as obvious to see everything that is happening if you don’t already know it should be.

One major example of this is the attack modifier system. In the board game, you have a deck of twenty cards that can modify your attacks anywhere between doubling the damage and completely nullifying it. On PC, the attacks happen so quickly that it is not immediately obvious why a sword swing dealt no damage. The characters and enemies have icons as shorthand for different conditions and effects, but with no context, new players might not know what they mean. Heck, as an experienced player, it took me a few dungeons before I worked out what was what.

Another downside to the way attack modifiers are handled is while you save time as compared to the deck, you lose the drama. I can recall specific instances playing at the table where we had a make-or-break attack on the line, and everybody at the table is staring breathlessly at the attack modifier deck, hoping for a fortuitous +1 to land the killing blow. In the digital version, there is no buildup and release; it makes each modifier draw mundane.

That said, the abilities are not mundane. For many, I had images in my mind what is happening, based entirely off of the cards’ names and their effects. But it is satisfying to see some of them fully animated, as with the Cragheart’s Rumbling Advance, a short movement capped off with a stomp, flinging rock and debris in all directions, hurting both friend and foe. When the first images for this version came out, I was ambivalent about them, but in motion, it looks and feels like Gloomhaven should. 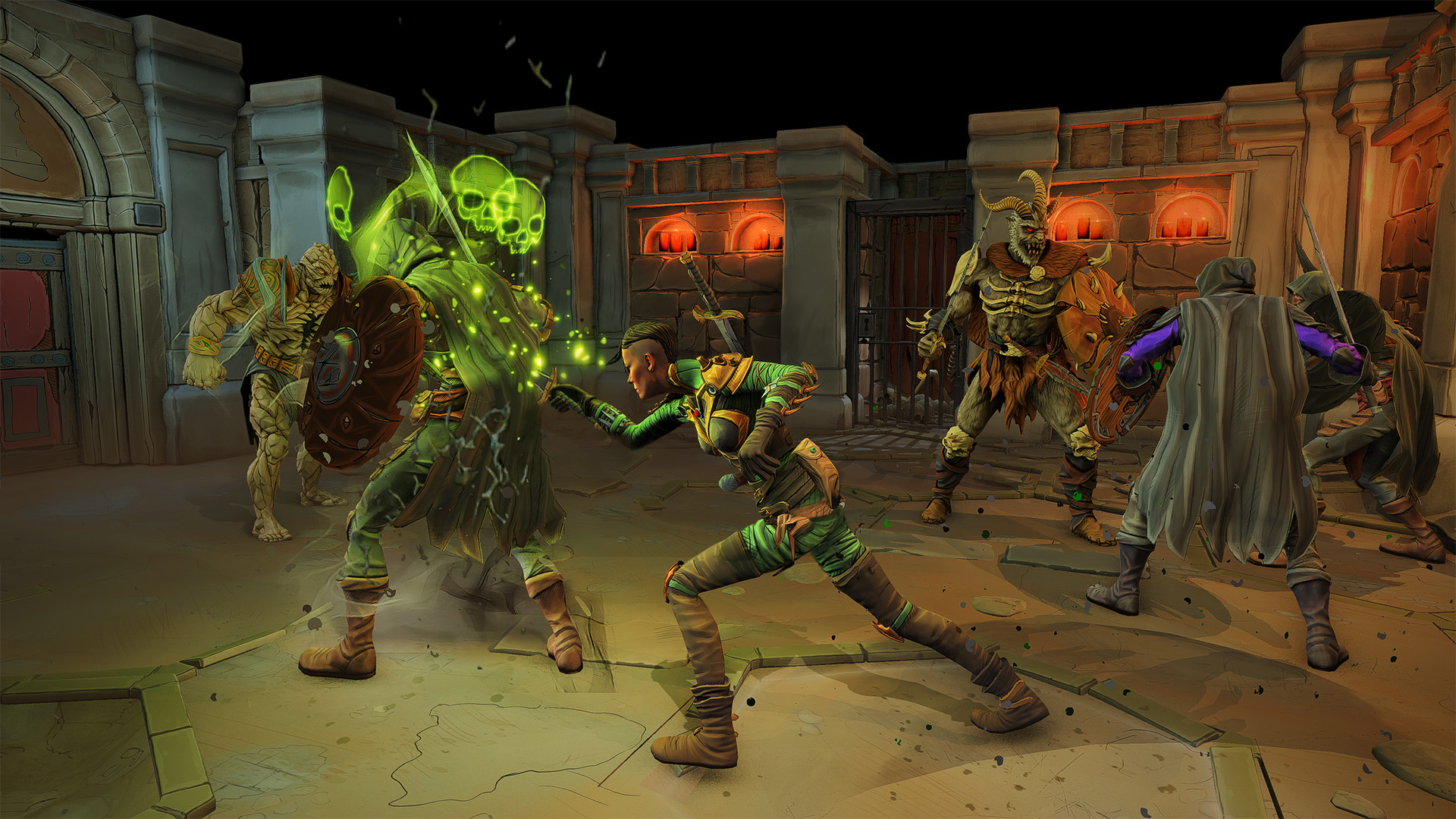 In its current state, Gloomhaven is missing its classic campaign mode, its multiplayer capability, and 13 of the 17 character classes. All of those features are planned by its full launch some time next year, but for now, we have a new mode, taking our mercenaries on a randomly generated quest made up of several scenarios. It’s a nice change of pace from the game in the box, not necessarily better or worse, just smaller in scale and having a different energy to it. Where the tabletop version feels like a grand adventure, the digital version feels like a string of unconnected tactical battles.

There are some other comments I could make that get far into the details (I’m not sure how I feel about the tweaks to character progression and hand choice in the roguelike mode), but without going down that rabbit hole, the bottom line is that Gloomhaven on Steam Early Access shows that Flaming Fowl Studios (made up of former Lionhead developers) knows what it is doing with this property, and it should end up being a solid full release in due time. But unless you’re already a Gloomhaven fanatic, you’re probably best off waiting at least a few more months for this to grow a little more meat on its (living) bones.

[These impressions are based on an early access build of the game, provided by the publisher.]

Share
Facebook
Twitter
Pinterest
WhatsApp
Previous articleSakurai is giving us a closer look at the Dragon Quest Hero in Smash Bros. Ultimate this Tuesday
Next articleLearn what The Surge 2 is all about in just over a minute (hint: it's about dismemberment)