There may be both Command AND Conquering

Today, the veterans at Petroglyph Games announced Forged Battalion, a ’90s-centric RTS that hopes to evolve the classic formula. On the surface, you don’t get much more Command & Conquer-style than Forged Battalion‘s trailer – even the music evokes tracks like “Hell March.”

The main twist is that you aren’t just the faction commander, you’re also the faction’s engineer. You can customize every unit’s armaments, armor, and form of locomotion. There’s also a tidbit, if not visual evidence, that superweapons will be in the game.

The plot is pretty vague so far: you’re members of a resistance group who is fighting “The Collective,” who has spread across the globe at the end of the 21st century. My only hope is that the promised “dynamic story campaign” will be accompanied by FMV cutscenes. What Petroglyph does promise is eight-player online multiplayer in co-op and competitive modes, and a “persistent tech tree,” that will let you advance your faction’s technology with each battle. Whether this tech tree will pertain to multiplayer or will stay rooted firmly to the campaign has yet to be announced. 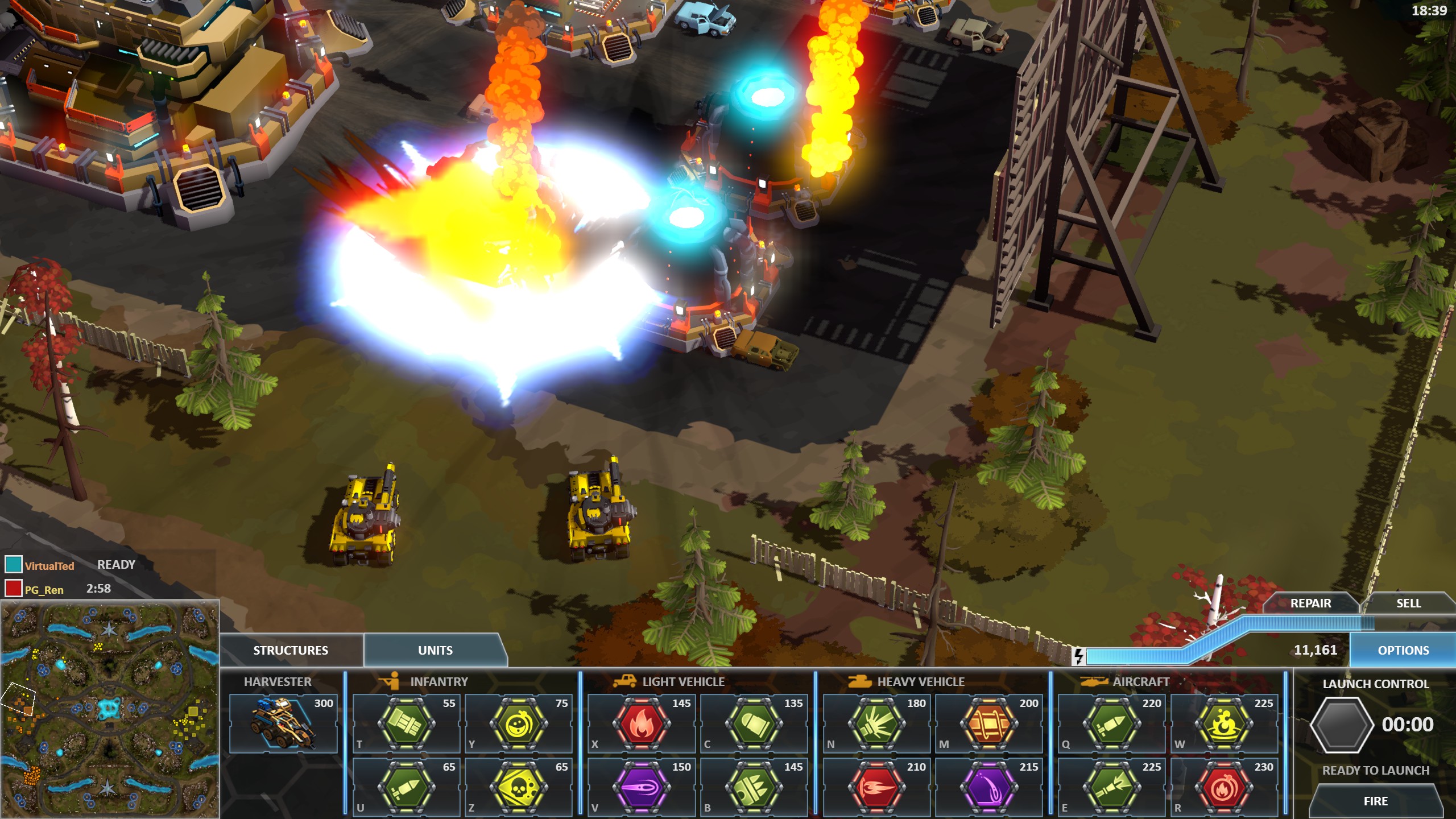 Forged Battalion is set to enter the fray of Early Access in early 2018, and Petroglyph wants it to incubate there for about six months. It should come with at least five campaign missions (The first act) and the multiplayer modes of HQ Destruction and Annihilation ready to go.