How to massively improve Nintendo's games

[Ummm, excuse me, Nintendo is a publicly traded company first and foremost, we must make as much money as possible. ~Marcel]

How to Make Nintendo Games Better:

Nintendo have undoubtedly had a great year with the roll-out of the Switch and several great games. Not only did they over-perform on their sale expectations, but also made several great games to launch their newest hybrid console.

However, it is also undeniable that their marquee games were lacking in several fronts. Sure, their sales were uniformly great, and their critical reception was highly positive, but as in investor of Nintendo I feel there was great opportunity lost here. 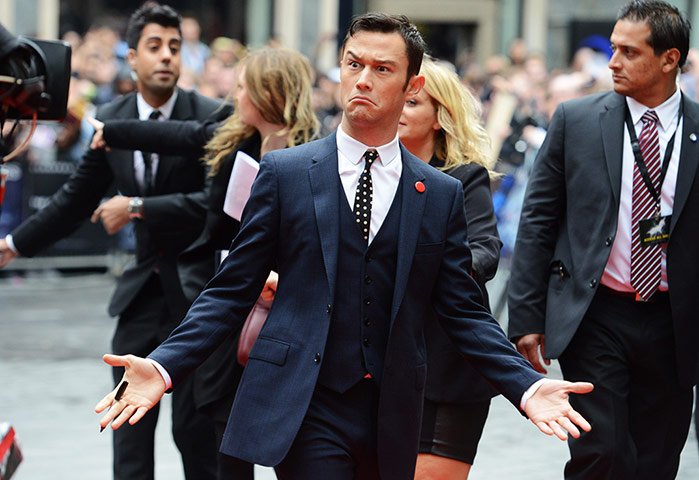 Ain’t that the truth

This company have shown positive trends in their growing DLC practices, but so far showed great naivety in that front. What sort of nonsense was that Mario Kart 8 DLC; it should have cost twice as much.

In general, Nintendo have been doing excellent with one series of theirs—Fire Emblem—and that series could be the starting point of redesigns in their future games. Still, the high quantity of value-less DLC in the Fire Emblem series is still a one-off thing, and those precious Whales cannot spend their money forever.

No, in order to make Nintendo games better, we need to apply the latest innovations in monetization, and there is no better time to do it than now. It is still not too late, and with the success of the Switch and its exclusive games, we have at least five Trojan horses in our consumers’ houses. 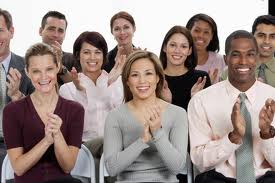 This is how to make these five games a much better experience. 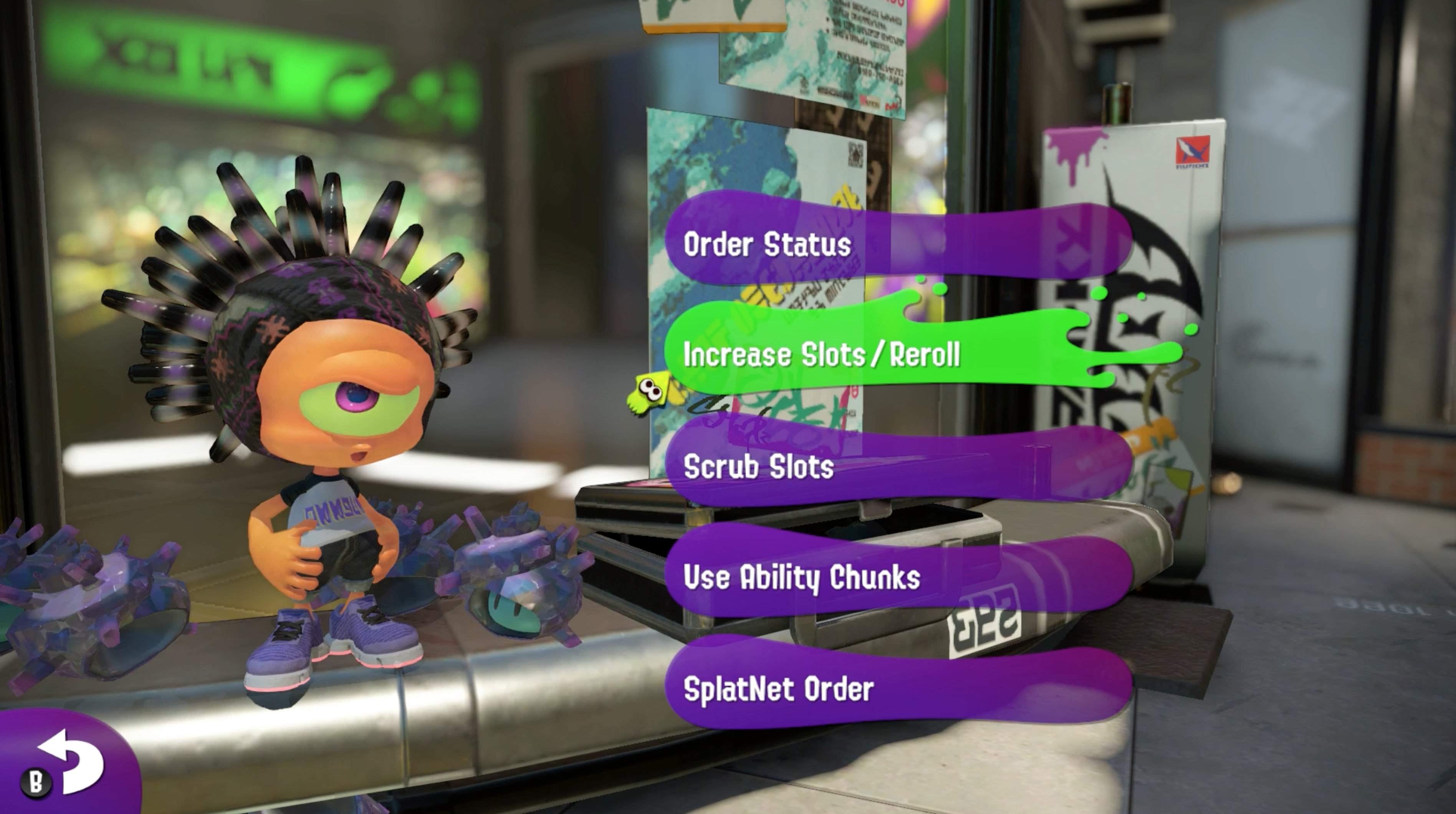 Oh, you didn’t want that ability, well, FUCK YOU

There are two strategies that show great promise in this competitive shooter. First is a simple cosmetic/abilities strategy in which we sell more costumes at a price. In order for this strategy to be most successful, the new costumes should have unique abilities that are clearly superior to other abilities. One disadvantage of this strategy is that it has an upper ceiling, and will stop bringing money after the costumes are purchased.

A better strategy is to change for an already existing mechanic in the game. By trading snails to some shady merchant—who is totally not inspired by ambitious black market sleaze bags—players can reroll abilities in their gear. In this sequel, the abilities can actually be chosen by the players.

That needs to be changed. Snails should be tied to real currency, and the ability reroll should be random. To maximize the monetization potential of this scheme, we should introduce clearly superior abilities that have a small chance of appearing. Roll in some bots with those abilities in place to show the world what they are missing. Of course, being a kid-friendly game, make sure to have a fine print handy in case a child bankrupts their parents trying to get the holy grail. 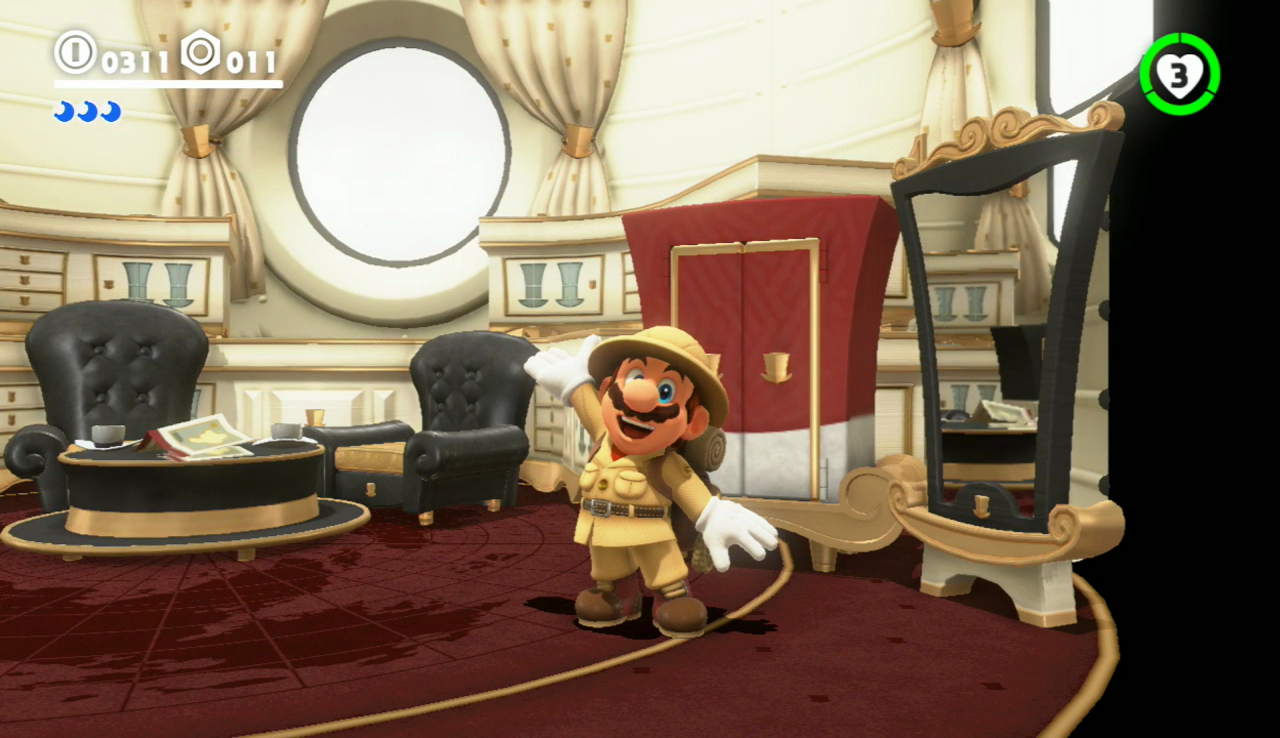 How stupid is that, FREE COSTUMES!!!!

Here is where Nintendo seems woefully detached from the rest of the industry. There was clearly no financial strategy to the way costumes roll-out in this game. At its most basic, we can introduce microtransaction to make purchasing costumes easier. Of course, we should increase the price of all costumes by tenfold, and make it a very time-consuming practice to unlock them through regular playtime.

An accompanying path would gate sections of the game behind certain costumes with no real gameplay benefit to that. Make sure to make it vague what costume is needed to unlock which gate. That would bring in some extra money as some idiots mistakenly buy one costume (blowing away all their time-earned cash), and then just use real dollars to go forward. 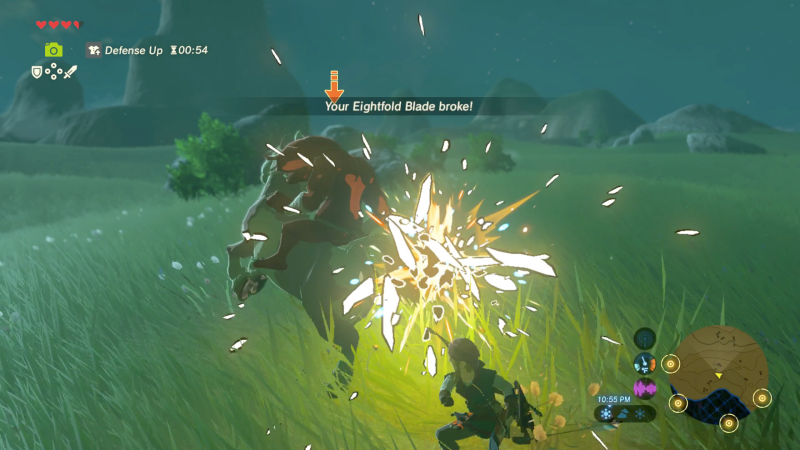 Fix it with real money. Now Jim Sterling will give the game an 8

One mechanic that was divisive in Breath of the Wild was its destructible weapons. Imagine how much that frustration could have been channeled into getting some sweet Rupees into our pockets.

Simply put, patch in some clearly superior weapons, and make weapon destruction a little bit random. Sure, it looks like that Uber-Platinum God-Killer Sword has about 30 swings to it, but a random element added to the equation, and boom it breaks.

However, we introduce Tingle into the game, who can come in and fix your broken weapon immediately, and even add in a protective sheen to it as an illusion of value. Of course, Tingle is no longer interested in Rupees in this timeline. Instead, he wants some Oompa Loompah Gold bullshit that costs real dollars.

Maybe then, Jim Sterling will actually give this game an 8. 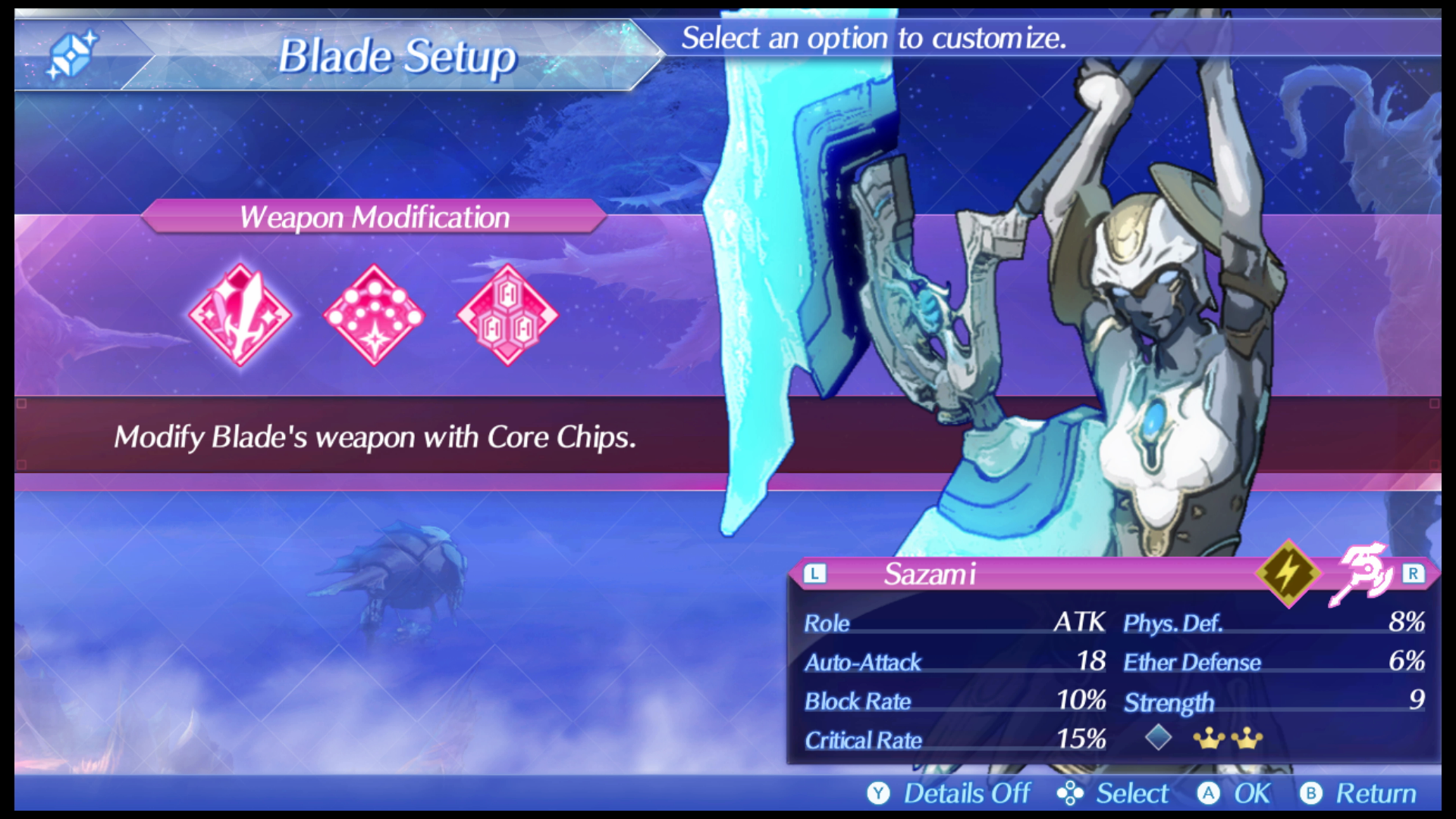 Being the newest release, altering XC2 is probably the easiest. Of course, being an RPG with RNG drops part and parcel of the experience, it is clear how to monetize every minute of this game.

Rare and great blades, lock them behind a loot box.

Superior Gear, lock it behind a loot box.

Introduce costumes to change the fucking ugly costume of Rex; MAKE IT FUCKING RARE FOR REX AND LOCK IT BEHIND A LOOT BOX.

To disarm players, don’t actually lock the loot box behind a paywall immediately. Instead, ask them to spend money to upgrade the quality of the loot box, or to reroll opening it after giving them SHIT STUFF at first. 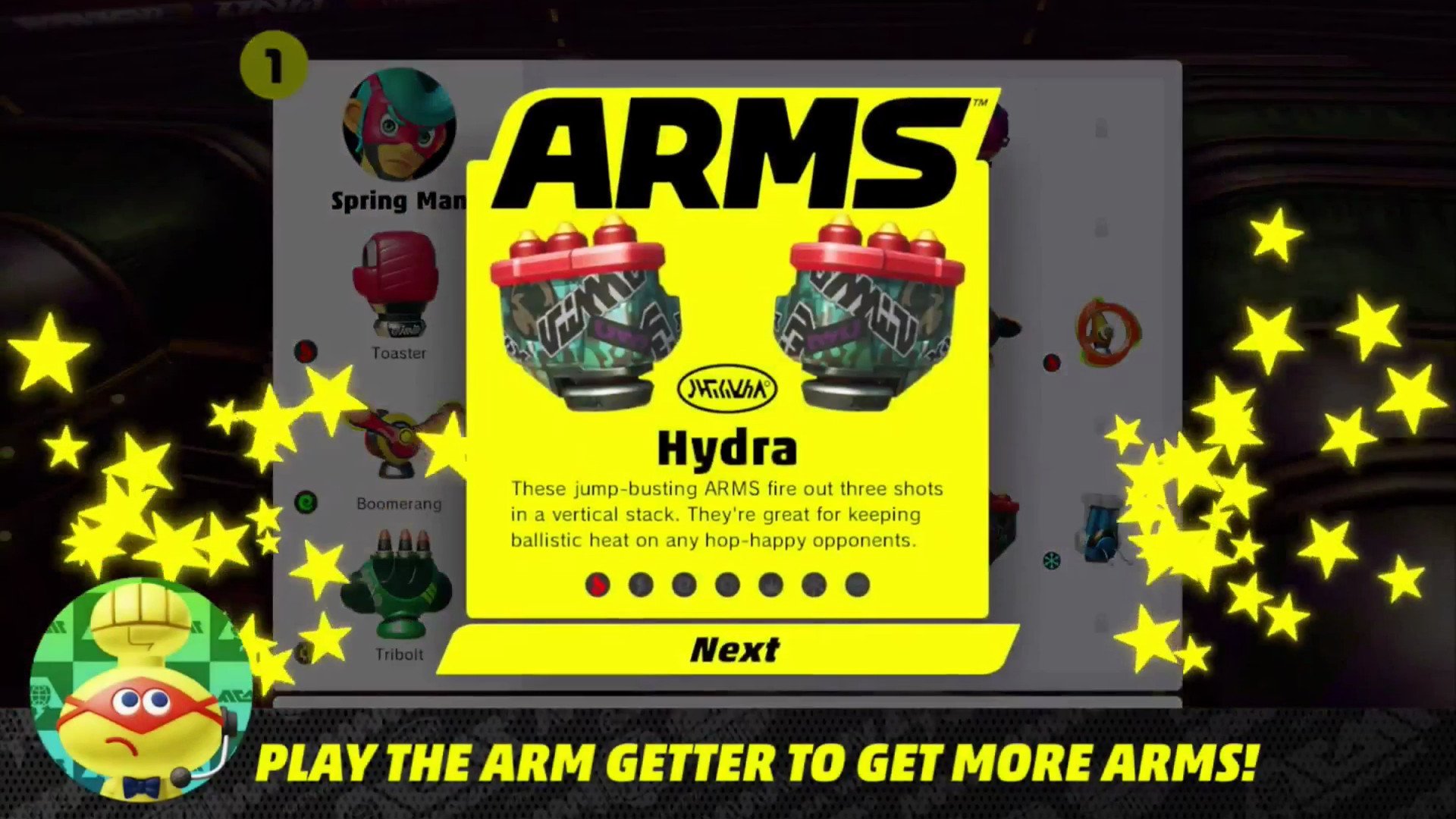 Here is a game which I assume loot boxes were part of the discussion at some point, since its stingy economic model is conducive for such business. We should at least give the idiots at Nintendo the benefit of doubt on this one.

Still, they did no go the full plunge, and ARMS is a poorer game for it.

Consumers need to understand that we only have their best interest at heart by allowing them to pay for the chance to get the Arms they want. Its ultimately a great move for the consumer, who would otherwise spend countless repetitive hours farming for currency, just to get something they don’t actually want.

Of course, we should add two things here. First, increase the prices all around (which should be an obvious strategy by now). Second, introduce a new element with clear competitive advantage.

With the success of the Switch, Nintendo have falsely believed that they are doing well, ignoring the enormous potential losses of revenue that are happening due to their outdated decisions.

We, the investors, demand that Nintendo change their ways.

Do not allow your consumers to pay once, but allow them to continue paying until THEY FUCKING BLEED. Gate the experience whenever you can, and make sure to CATCH AS MANY WHALES AS YOU CAN.

This is not a game mateys. BE LIKE AHAB AND GET THAT MOBY DICK MATE. 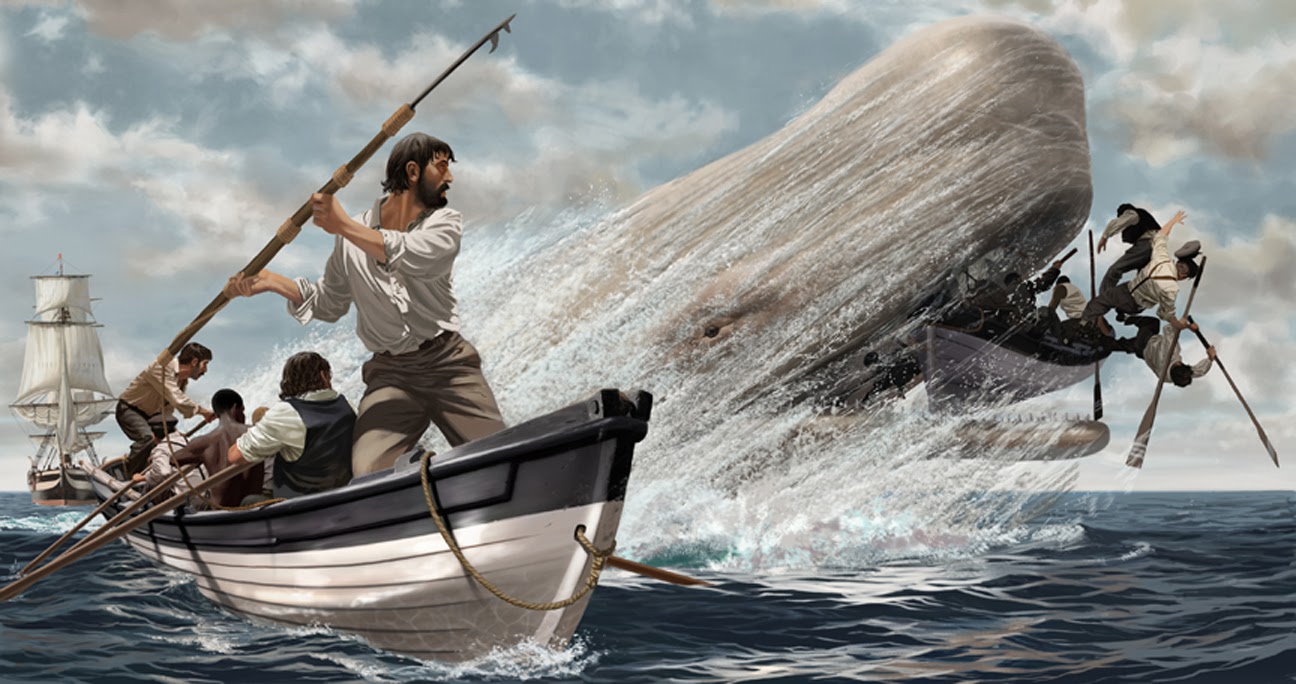 It’s still not too late now, and these five games can be better with these improvement, for the people that matter that is; the investors.

Otherwise, Nintendo will always be some petty publishers, not able to measure up to the wonderful titans that are Activision and EA.

GO GET THAT MOBY FUCKING DICK NINTENDO, JERK IT OFF UNTIL IT BLEEDS.