One game I did not expect to see during my hands-on time with Project Morpheus PlayStation VR, was Final Fantasy XIV. I hadn’t really heard anything about it being playable at TGS, so when I headed into the press section and saw it available I rushed at the opportunity.

As most of you know I’m a dedicatedFinal Fantasy XIVplayer, having completed every bit of content to date outside of the Savage wings of Alexander. While I don’t think I’ll be using VR during most of my hardcore sessions with groups, I can easily see it changing things up for casual play. 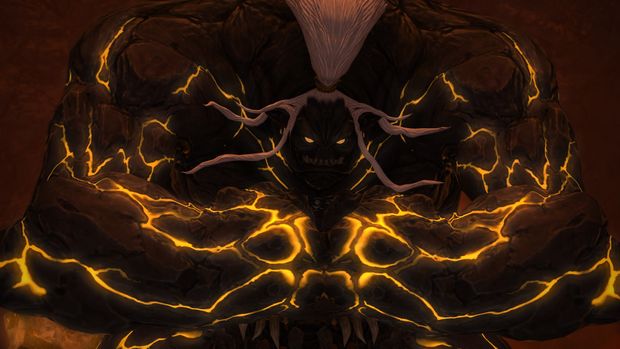 I mean, the VR element of XIVis based off of the pre-existing first-person view mode, which doesn’tquitework for anything important. For starters it was really weird having to look down to see my cooldowns and meters, and with multiple hotbars running for max-level characters, it will get extremely dicey, even with the use of a standard controller (a DualShock 4 was used in this instance with the PS4 build). Then there’s the issue of not being able to see the boss attack telegraphs perfectly, which would be a complete nightmare on a fight like Ravana EX.

Still, this practically scripted Titan normal mode fight was fun, despite the fact that it was designed (with the help of Square Enix employees helping in the party) to be impossible to lose. Playing the game with a VR headset is really wild, from the mild exploration bit we had before the Titan fight, to the encounter itself. It takes some getting used to since VR takes the place of standard turning, which can be really awkward if you need to get to a specific area of an arena quickly (read: Leviathan EX). Like picking up a guitar peripheral for the first time though, you just need some practice, and I found it to be surprisingly manageable after about 10 minutes.

It’s just…so different. Seeing NPCs look directly at you when you’re near has a whole new meaning, and sells the immersive feel of VR itself. I saw Titan’s lair like never before, glancing into the backgrounds like I was viewing them for the first time. I can easily see donning my PlayStation VR gear when going on hunts with friends, doing a low level roulette, or just gallivanting across Eorzea.

It’s not exactly a killer app, but as someone who normally plays Final Fantasy XIV during major content updates, I can see myself donning the helmet every so often to help keep things fresh.