In a better world, these games exist

All great ideas go to Heaven

Silent Hills was a dream game. Specifically, it was my dream game. If you asked me before P.T. crept onto the PSN servers what series I’d most like to see rejuvenated in a bold new way, I would have probably told you Silent Hill. If you asked me which creatives I would have liked to see attached to it, there is a very real possibility I would have picked out Kojima or Del Toro (Norman Reedus was a mulligan, but one I could live with). The fact that Silent Hill was slated to be properly resurrected by BOTH of these creative giants is nothing less than a miracle.

And then Konami killed it. Because we can’t have nice things.

I like to think that somewhere, on some better plane of existence (call it Heaven, or Nirvana, or an alternate dimension where things go right instead of wrong), Silent Hills as envisioned my Kojima and Del Toro exists. That whatever internal bickering or re-prioritization that went on with Konami didn’t happen. That the pair got the support they needed to bring their version of Silent Hill to life and it was as disturbing and exhilarating as P.T. made us believe it could be.

I like to think about all the other games that should exist. Games that never happened due to legal rights, or a lack of interest, or were just too flat out ridiculous to have ever really happened — but I still feel in the very depths of my heart they should have happened. My dream games.

And now that I’ve thought about them I can’t get them out of my head. In that better land where Silent Hills still lives, maybe so do some other games that were just too beautiful for our world.

So here is the imaginary history of games that should have existed but don’t, except in my fevered mind. 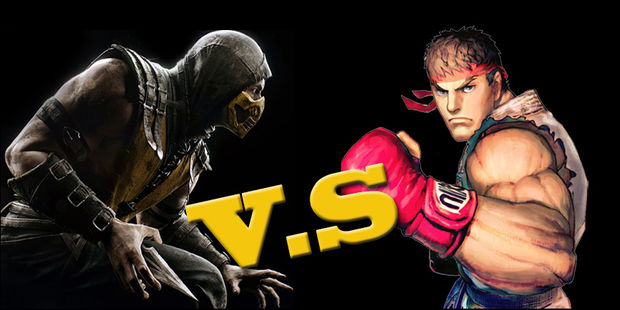 Released on the Dreamcast in 2002 to belatedly settle the fighting game rivalry that defined the 90’s arcade scene, Street Fighter vs Mortal Kombat remains a legend in the fighting game community. Still considered the finest example of 2D sprite art and animation from its era, the silky smooth and obsessively detailed characters of SF vs MK set an impossible bar to follow. The almost decadent use of special purpose one-off animations and frames only adds to the visual splendor. Vega’s sublimely gory “Shadowloo Slicer” fatality still elicits screams from the audience at EVO.

As fierce as the fighting between the World Warriors and the forces of Outworld got, the battle behind the scenes is said to have been even bloodier; a runaway budget, arguments over almost every aspect of the design, and frequent shouting matches characterized the prolonged five year development cycle. Despite the astounding success and popularity of the title, a sequel has never been attempted. Ed Boon and Yoshinori Ono refuse to even speak to each other to this day for reasons neither of them will discuss. The licensing snake-pit of copyrights and legal redtape has prevented any other ports or remakes from ever being produced, spurring a cottage industry of Dreamcast re-sales and custom made fightsticks for the console, supported almost entirely by SF vs MK‘s diehard audience. 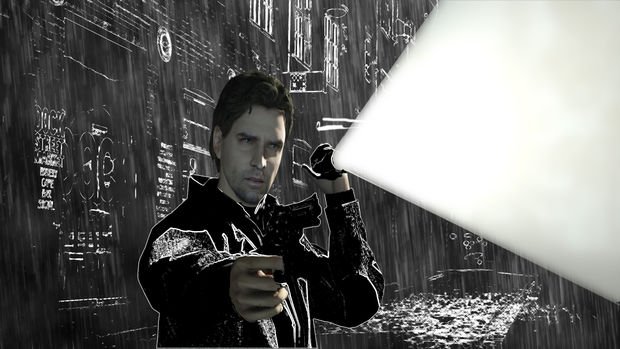 One has to imagine the lengths Sam Lake and his team at Remedy had to go to to protect their secret, their lips held firmly tight, unable to tell anyone what they were really up to. Keeping things under wraps despite the kind of scrutiny placed on what would be the flagship launch title for the Xbox One. The kind of pressure they must have been under to tease even a bit of what they had up their sleeves. But, somehow they managed it, and the fourth wall shattering reveal of Max Payne as a playable character in the second act of the game will go down in history as one of the most surprising and surreal moments in gaming history.

Max is every bit as cynical and bitter as ever. But this time he isn’t raging against an indifferent and unfair universe with a vague sense of living a cliché. This time he can direct his anger against the very man who wrote the script of his sorry fate. The scene where he crushes Alan’s writing hand with the butt of his pistol is almost unbearable to watch.

Reportedly, Sam Lake spent the night of the launch locked in his office suffering an intense panic attack, a crisis of artistic confidence. He spent the last five years of his life calculating this surprise, this single plot twist. If the game failed it wouldn’t just be the end of his career, it would end his self-image as an artist and writer. Hideo Kojima, no stranger to pulling a controversial character rope-a-dope called him that night and consoled him in his hour of need. From that experience, the two men formed a bond that eventually led to them collaborating on Snatcher 2, another smash success. 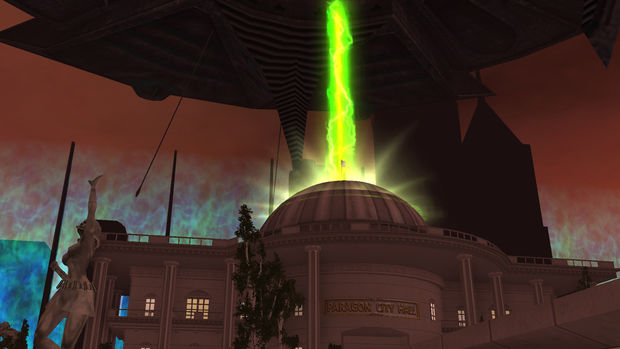 City of Heroes: Issue 25 “Messages from a world ending”

In the waning days of City of Heroes‘ lifespan, most of the development and design talent in Paragon Studios carefully made their exit to greener pastures. As everyone else was jumping off, one man climbed aboard the sinking ship to take over as lead designer.

There would be no budget, a small (and rapidly shrinking) team to work with, and low expectations from fans and critics already aware of Paragon City’s impending doom. He was supposed to be just folding up the socks and towels, putting the game to bed. Instead, Austin Grossman created one of the most memorable final chapters to an MMO ever seen.

Relying on his background as a writer, Grossman set out to recast the tone of CoH to better fit the looming ennui of a world coming to an end. CoH‘s final storylines were not the Silver Age dust-ups that characterized most of the game’s lifespan. Instead, Grossman wrote introspective questlines laced with sharp humor about heroes and villains looking inward. What compels someone to point a laser at the moon? What drives someone else to put on a cape and jump in front of that laser? And who gives a shit about the moon anyway? Couldn’t these miracle men born of science and magic be doing something better with their lives and isn’t this all a little bit silly and embarrassing when you step back from it?

With no money to craft new areas or other big gameplay draws, Grossman had to get clever to generate new content. Flipping the familiar Giant Monster concept on its head, instead of creating new and impressive Godzilla-esque monster for players to rally against, he instead turned a single random player into an unstoppable force of destruction.

An artifact known as Mournblade, a cursed black sword, would be “gifted” to a player once a month, immediately giving them an exponential boost to their stats, constantly depleting health that could only be regenerated by killing with the sword, and flagging them as a PvP target no matter what zone they were in. When the player fell, the next nearest player would inherit the blade, and the carnage would continue until a heroic sacrifice was made — the deletion of the character currently holding the blade.

In the final hours of the game’s life one lone hero remained, wielding the Mournblade against a cataclysmic invasion of blatantly overpowered alien invaders. The beauty and value of struggling against inevitable darkness was CoH‘s final message. A fitting tribute for the beloved and fondly remembered MMO.

Rockstar has always played it’s cards close to it’s chest but no one could have guessed that the schoolyard based Bully was a testbed for a much more ambitious project several years in the making. When Rockstar announced it’s partnership with Fox to make an open-world Simpson‘s game where nearly every single NPC in the game was a known and beloved Simpsons cast member, the response was a mixture of unbridled excitement and raised eyebrows.

Those eyebrows stayed raised as Rockstar made design choices so bold they bordered on absurd. Rather than make Bart or any of the other predictable Simpson family members the protagonists, Rockstar reached back to its tradition with mute characters and allowed players to make their own avatar, a recent transfer student to Springfield Elementary known only as “The Kid.”

The game was structured similar to GTA and Bully, but with a Simpsons twist with “The Kid” taking on all kinds of missions from notable Springfield residents. Hijinks ranging from helping Comic Book Guy try to woo a regular customer (it ends poorly), to covering up an accident at the nuclear plant for Mr. Burns (it ends poorly), to trying to elevate Bumblebee Man’s stature as an actor (you guessed it, it ends poorly).

400 hours of dialog, quips and jokes make Springfield a real, living place filled with the characters you know and love. Most precious of all, though, were the inclusion of previously unused and forgotten recorded performances from the late Phil Hartman, allowing a final farewell for beloved characters such as Lionel Hutz and Troy McClure.

Those are games I see when I close my eyes at night. Games that I know could never have existed for a number of perfectly sound reasons, but still can’t shake the feeling that we should have had them.

Do you have any games like this? Titles that stick in your imagination and make you wish things had happened differently?