Joke’s on us: Jared Leto in even more DC sequels

Despite being a mediocre movie, Suicide Squad pushed weight at the box office to the tune of $325.1M domestic and $746.8M worldwide. Obviously, none of that had to do with Ben Affleck’s Batman, so Warner Brothers and DC have been looking for ways to capitalize on Margot Robbie’s highly popular Harley Quinn and Jared Leto’s, well, not-as-popular Joker. Now that capitalization will include a standalone Joker film starring and executive produced by Jared Leto. Styling by Jared Leto. Costume design by Jared Leto. Jared Leto by Jared Leto.

However, Warners already announced a standalone Joker origin film last fall. This film will exist outside of the Suicide Squadcontinuum. (Joaquin Phoenix was rumored to be attached as Mr. J.) Additionally, Jared Leto was already tapped to return as Joker for Robbie’s Harley Quinn spin-off. That one might be a Birds of Prey tale. Or they might be separate features, both featuring Harley Quinn and possibly the Joker, likely played by Leto.*Deep breath*

Then, there’s a Suicide Squad 2 in the works, that will definitely feature Robbie, Leto and not Phoenix. Probably, but it will most certainly exist in the same cinematic universe/continuum as the original Suicide Squad, the Harley Quinn solo film, and Leto’s standalone Joker piece, but not the Joker origin story (which may or may not be a dark and gritty gangster-ish movie). Then there’s a Gotham City Sirensspinoff, to be directed by David Ayer, the dude behind Suicide Squadfeaturing Robbie’s Quinn, Catwoman and Poison Ivy. Also, Jared Leto as Jared Leto as the Joker. 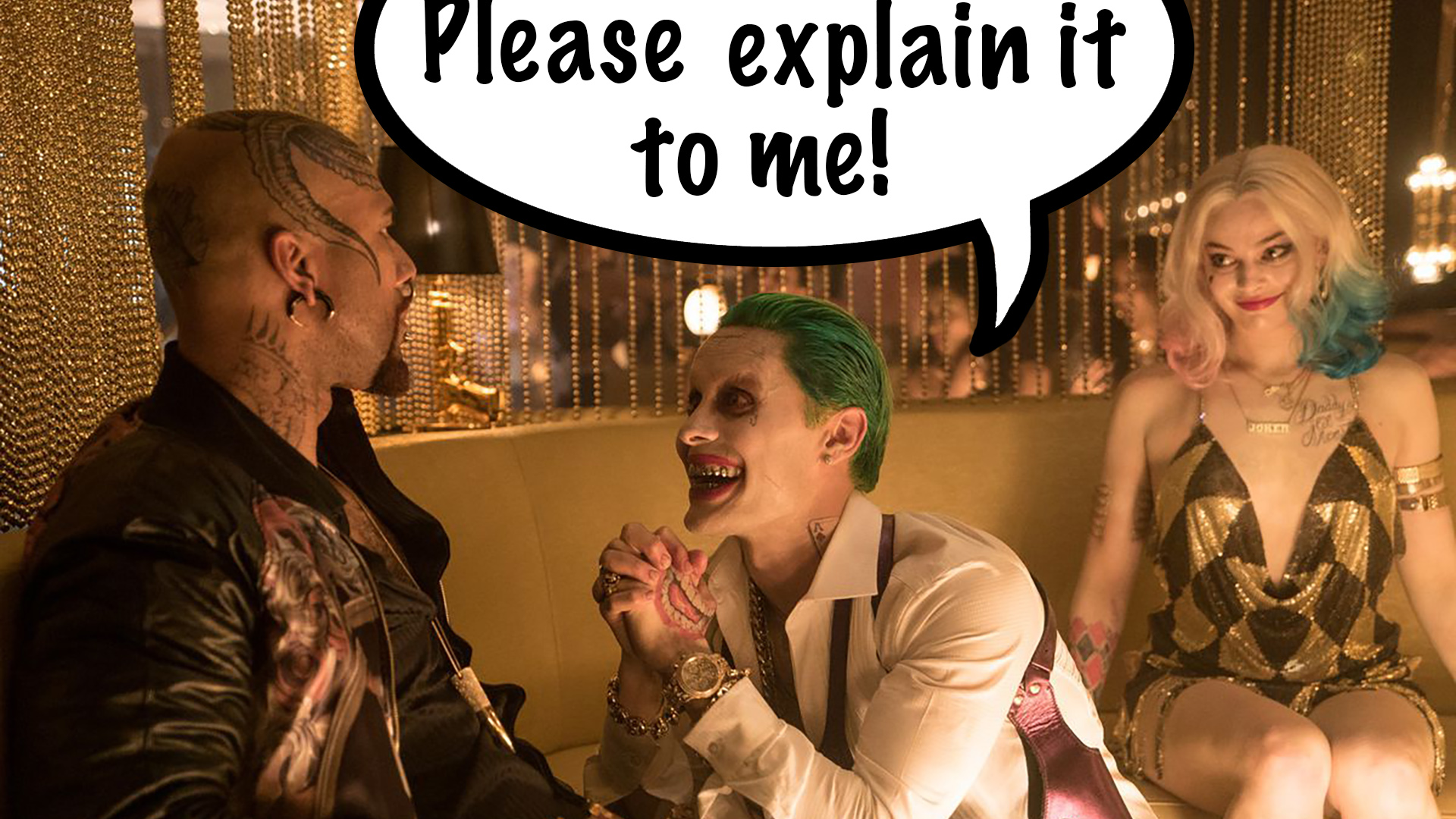 You may or may not have stopped reading by now because, seriously, what the fuck?

Here’s how one of our staff summed it up before banging his head into a table hard enough to knock himself out:

That’s six movies in planned production all stemming from what was arguably a highly forgettable movie.

Jared Leto Is Getting His Own Joker Movie[Complex]