Jurassic World: Fallen Kingdom poster has dinosaurs, is a clusterf*%k

Team Dtoid, I wanted – no, I really wanted, to make fun of this official poster for Jurassic World: Fallen Kingdom. Let’s be honest, if a Summer flick delivers a poster that’s just too confusing to understand, it is fair game for internet commentary and jaded haters like me.

Only, it turns out that this homage-like 80s recreation poster is fan work, selected by director J.A. Bayona, Universal Pictures and the producers of Jurassic World: Fallen Kingdom. The fact that a franchise, a major motion picture, would do something like this is incredibly cool. Credit is due and I’m paying it out. On top of that, instead of creating a potentially cheesy situation, they selected a legitimate fan artist, Nima Nakhshab, who was able to create something believable enough to pass for real. 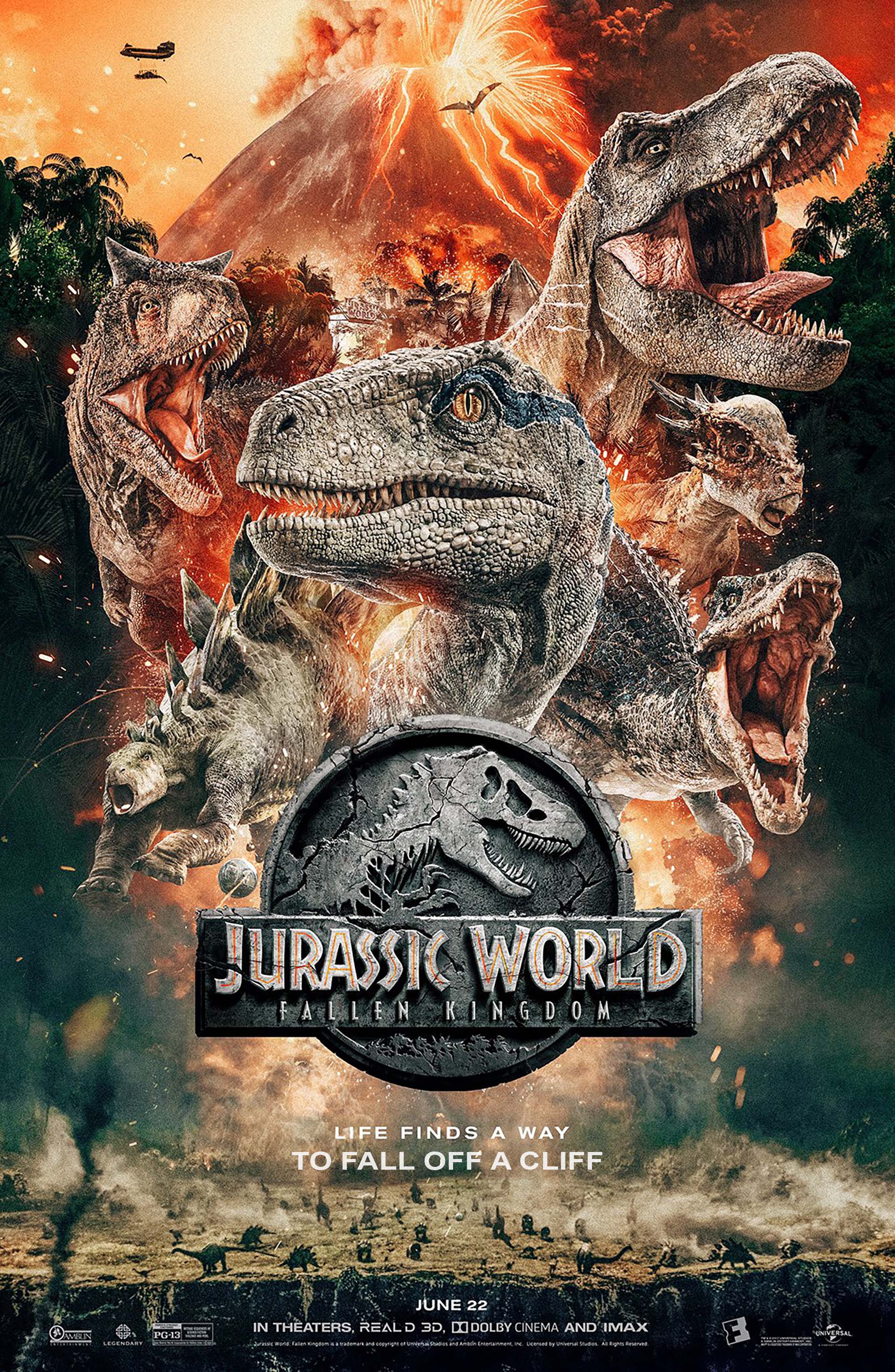 It’s like a King Kong scenario, but the dinos are both the giant monkeys and the tiny people. Then there’s the volcano which could not have been planned any better. One must wonder if the producers of JWFK are actually behind the worldwide volcano outbreak as some sort of viral marketing gone wrong.

Did you notice the Sam Neil Easter Egg, hinting at a possible return for a certain Dr. AG?

What do you think? Is it a romanticized callback to a golden age of movies that does vintage posters proud, or is it a spatially unaware clusterfuck, ignorant that posters can survive without the presence of every plot element?

We’re not sure if this ‘Jurassic World: Fallen Kingdom’ poster is a joke, but tickets are Now on sale[Slash Film]