LEGO Sonic the Hedgehog set green-lit thanks to fan submission

Sonic the Hedgehog is set to be the next video game superstar to receive his own LEGO set. A cool diorama featuring Sonic, Dr. Robotnik, and other series icons has been approved by both LEGO and Sega, and is set to go into production this year, just in time for the blue blur’s 30th anniversary.

The new kit, inspired by the Sonic Mania interpretation of Green Hill Zone, was submitted to the LEGO Ideas initiative by British Sonic the Hedgehog fan Viv Grannel. The neat looking setup received the requisite 10,000 votes by the LEGO community to be taken into official consideration, and as such Grannel’s design will now become a fully-realized release. 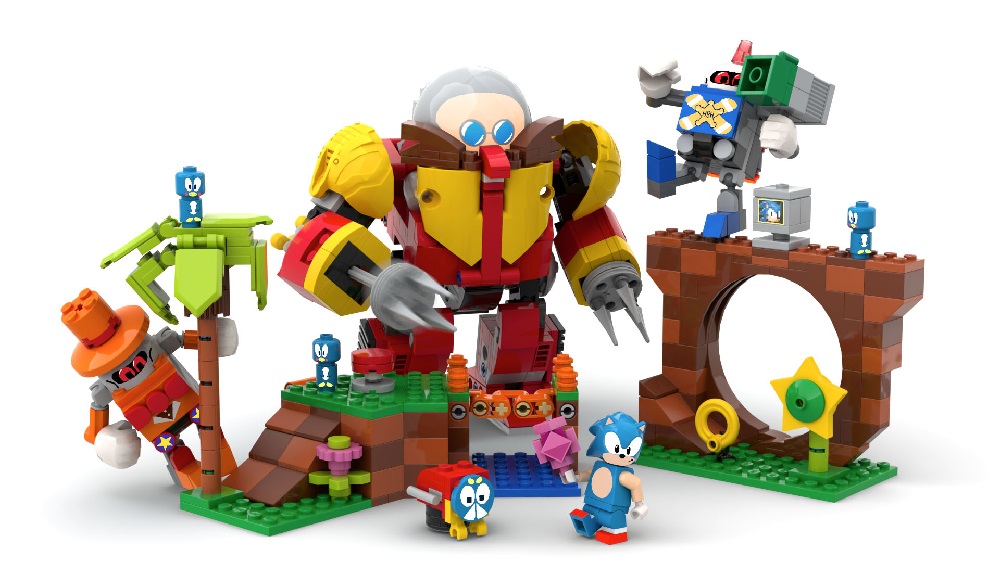 “I’ve been invested in the world of Sonic for almost my entire life, and it’s such a perfect fit for the LEGO system that I spent about a year rallying support for it to happen,” said an understandably excited Grannel in a press statement. “Having 10,000 people back my design was overwhelming enough, even with friends and family behind me, but having it be selected for further development was the most exciting secret I have ever had to keep!”

As you can see from the image above, the Green Hill Set features Sonic himself, as well as a 1-UP monitor, a Beetle Badnik, the iconic loop-de-loop Heavy Gunner, Heavy Magician, a Chaos Emerald, and other recognizable elements from the Sonic Mania. Arch-nemesis Dr. Robotnik appears in his Death Egg Robot boss form. A release date and price is yet to be announced, but we’ll be sure to let you when more information is forthcoming.