But I’m not always going to do that, and this is one of those times.

This is a time where I’m going to look at a game because it’s an easy target. Its relevance is long past stale, I’m not even in the same area code as its target audience, and I’m completely detached from its source material. It’s a game that I’m completely divorced from, and I know I’m going to hate it, so let’s dive into Mary-Kate and Ashley: Crush Course. 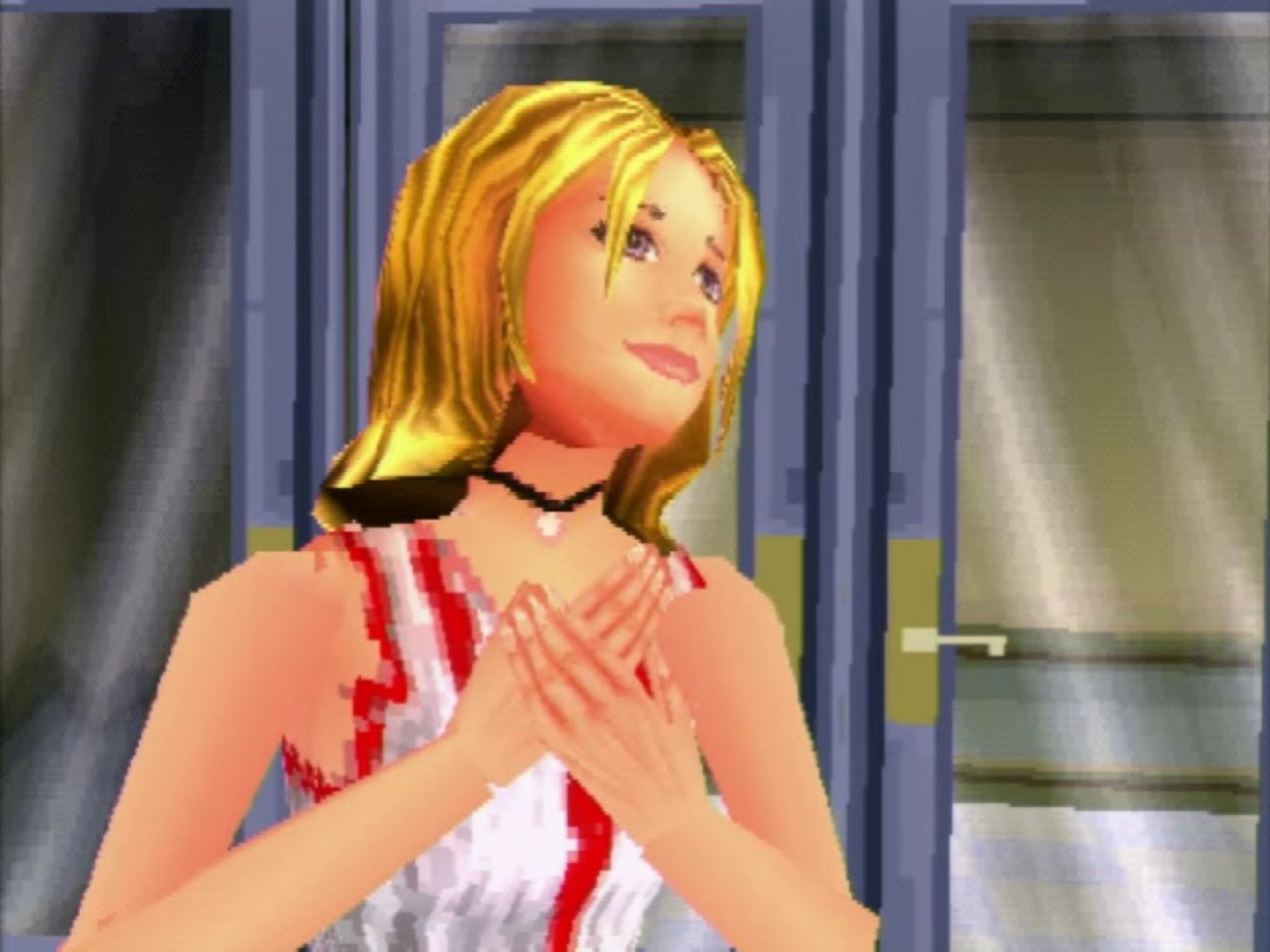 The Olsen Twins are just slightly older than me, which is probably why I had no interest in them. They were trying to depict the magic of adolescence to young women who had not yet had their dreams crushed while I was experiencing the awkward, horrific reality of it. They were going on road trips, traveling the world, and riding ponies; I was trying to convince my peers that Pokémon was still cool.

Take, for example, the premise of this game. A love letter that was stuck to Mary-Kate’s locker is ripped apart by an evil teenager, Courtney, and the twins must find the remaining parts to find out who it’s from. Is it from Chad? I hope it’s Chad! I’m not sure why Courtney is just carrying these fractured pieces of correspondence around on her person at all times rather than, say, throwing them in the garbage, but I can’t claim to understand the mind of an evil teenager.

Actually, all the boys are pretty boring. You can browse through them at the main menu, and that will reveal their dating profile. I can’t claim to know why you need to know their favorite food. Mostly, only their hobby plays into the game at all, and it’s just mentioned like, “Oh, it’s Freem, captain of the football team! What a hunk!” There’s also no dating aspect to the game, you’re just paired up with a pair of boys upon completion of the game. I can only guess that it depends on your performance, but I’m not willing to replay repeatedly to find out. The point is, you’re not going to have to take them out for burgers and sushi to win them over. 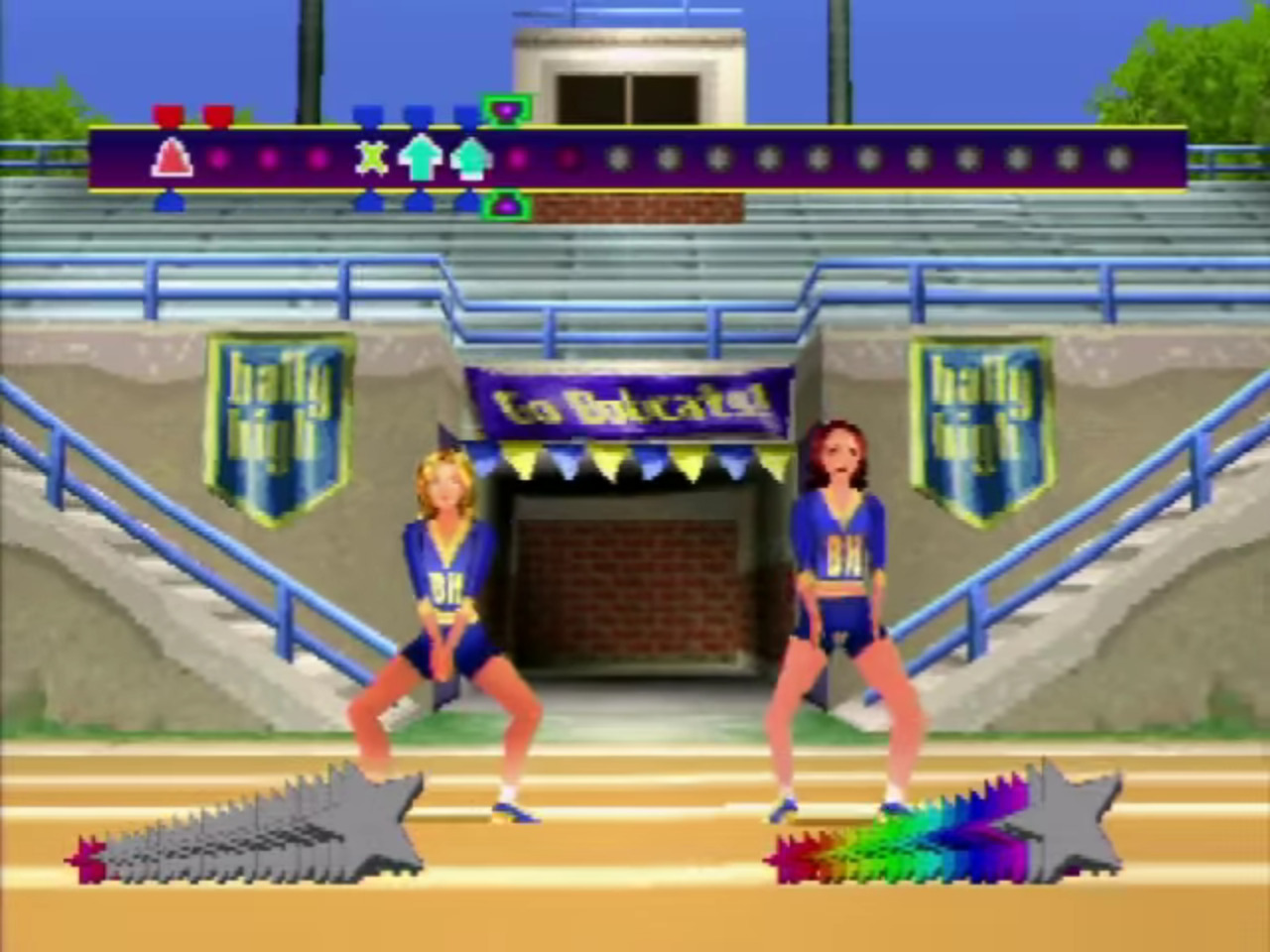 Joining me on this adventure was my husband, the Ashley to my Mary-Kate. The main story mode doesn’t actually have a two-player option, but a lot of the activities alternate between the twins, so it’s a good opportunity to share.

Unfortunately, about halfway through the game, I just stopped handing the controller to my husband. I thought I was doing him a favor, but then he complained about not getting a turn. Funny; after that point, whenever I tried handing the controller back to him, he refused. I feel like he’s not as committed as I am to finding the identities of our secret admirers.

Mostly he just sat there rolling his eyes and sighing whenever there was dialog. I must note, however, that Acclaim makes sure to mention that this is one of their “Real Games for Real Girls,” so I wouldn’t expect him to understand. He’s not a real girl. 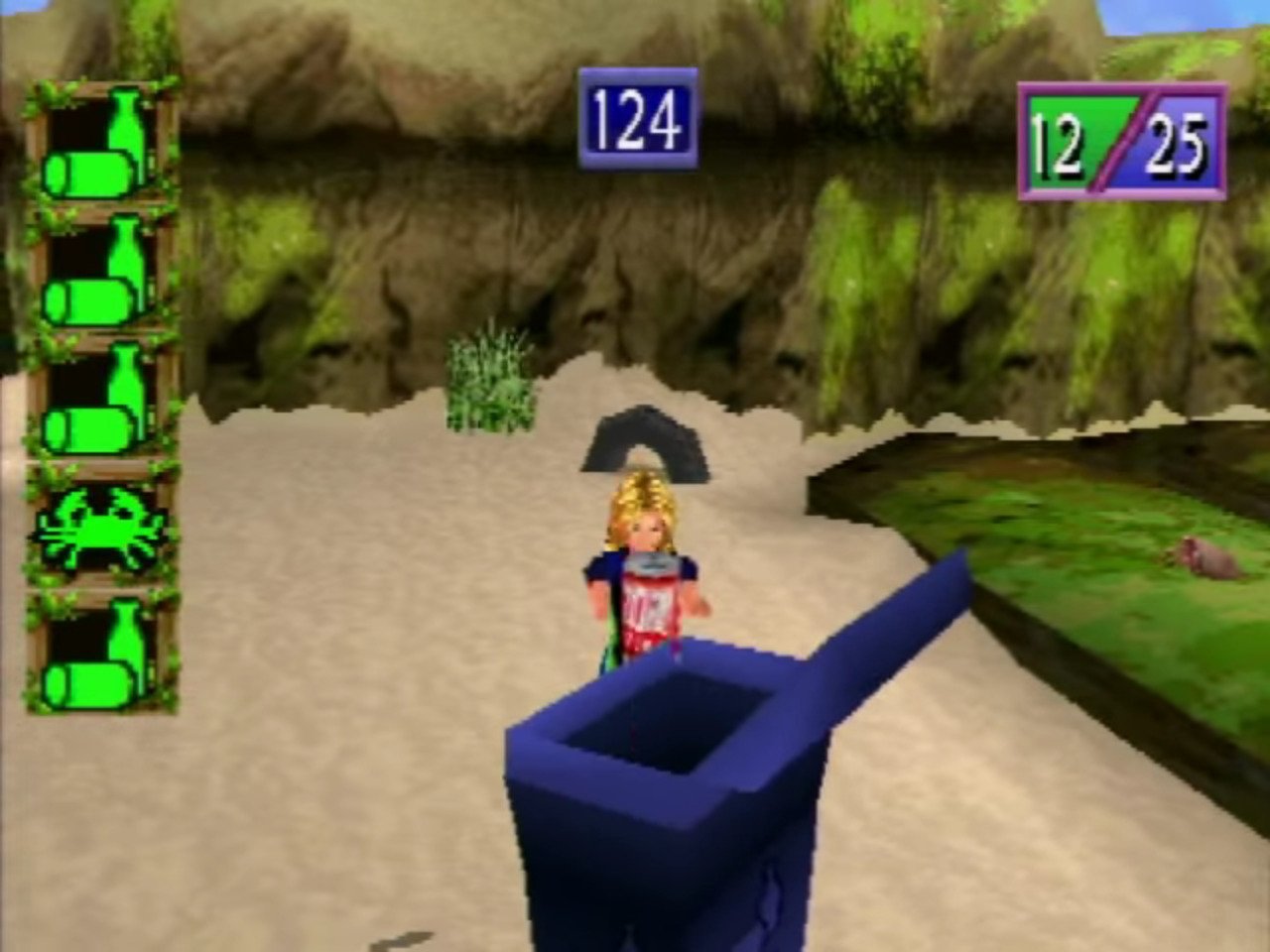 The title itself is a collection of mini-games that range from bland to annoying. The most interesting is perhaps the dance challenge that you do to try out for the dance and cheerleading team (of which they only have one opening). You basically just have to follow the commands of the teacher in a not-rhythmic rhythm game where the characters convulse to background music. I’m just a sucker for button-based sequences, which made these…tolerable.

There’s also mini-golf, which isn’t terrible. It’s kind of stupid and janky, but I’d be foolish to expect otherwise. Really, though, I wish my history and physics teachers took me out mini-golfing, I probably would have…still done terribly. Unless the mini-golf was graded.

The one that haunted me the most was the journalism assignments. Here, you have to run around the school and take photographic evidence of students being dumb and teachers being jerks. There’s no real challenge to it, aside from capturing your subject when they’re facing you. It just involves scouring the high school to find where your targets are, trying not to slip in puddles, and tolerating the twins’ infuriatingly slow running speed.

One of the stages is actually a collection of games that were too boring to stand on their own, but seriously, screw that seashell game. I don’t know why they made the dolphins such a pleasing color, but accidentally hitting one has devastating effects on your time.

Finally, you get to pick up trash. Trash and beached sea creatures. Every teenage girl’s dream. And they make you play four stages of it like picking up garbage is as compelling as mini-golf. I’d really like to know what kind of brainstorming led to this being included. Like, are the twins not allowed in shop class? Could they not try out for volleyball? Was a cafeteria food fight out of the question? Instead, the girls get community service, which I guess is a better option than serving jail time. 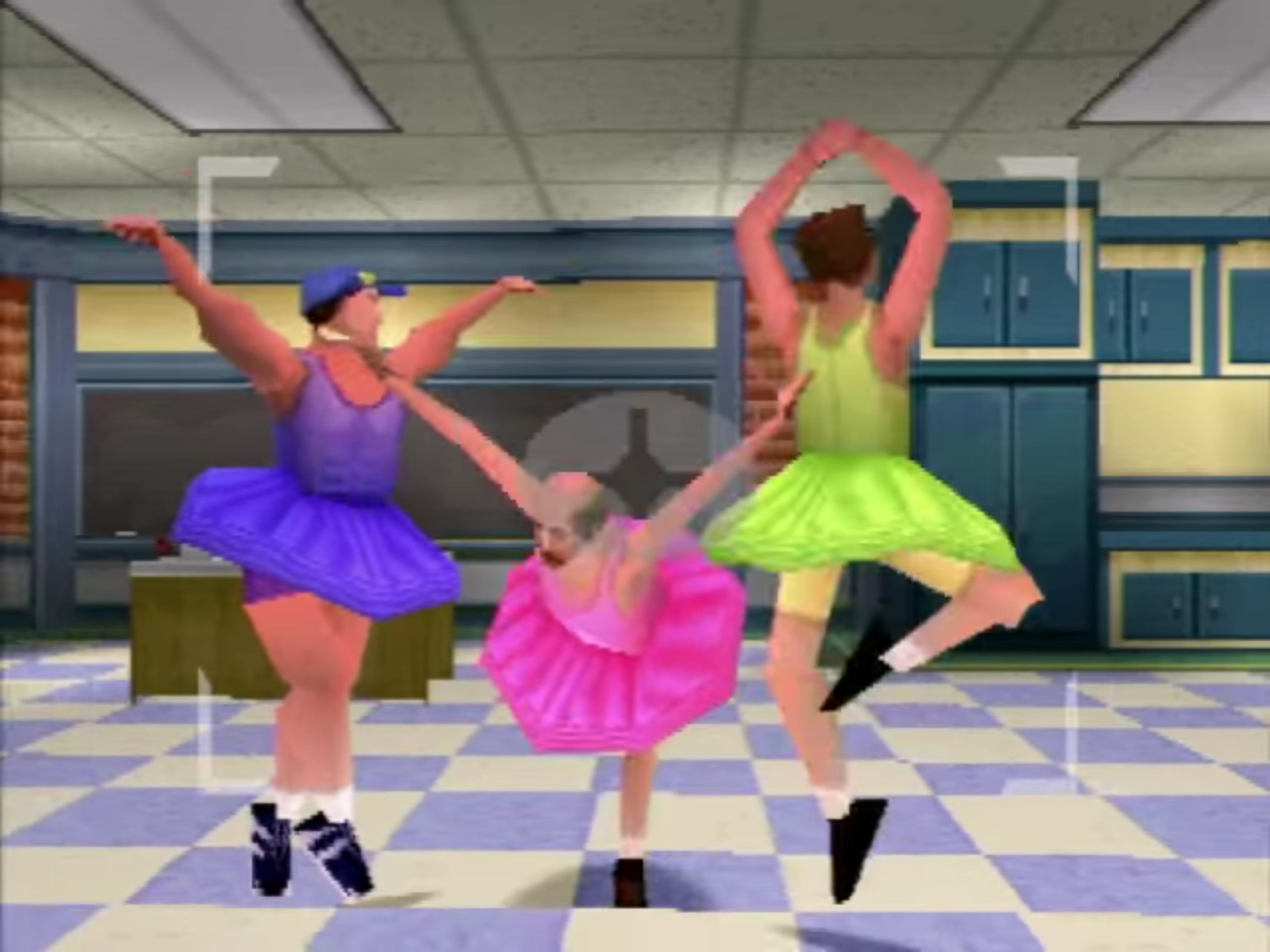 The rest of the game is the sort of stuff that’s funny if you’re completely new to the concept of humor. You know, like the overweight kid carrying around a box of donuts at all times and the science teacher blowing up the lab. Otherwise, it’s a lot of teenage girl stuff, like being smarter than the adults, using bad puns, and rolling your eyes a lot. Like, duh.

Then you get to find out who your secret admirers are and be extremely underwhelmed. Is it Beau and Nathan? Uhh…one of the other guys? Chad? I asked my husband if he could remember the names of any of the other boys, and he just pleaded with me not to start the game up again to check. It doesn’t really matter, though. Not one of them sounds interesting, but I’m not going to feel a connection to someone based on the answers to five questions.

You also get to see Courtney get her comeuppance which, in this case, is having to go on a date with the nerd. Trust me, there’s nothing worse than having the affections of a socially awkward person with passions the exist outside your own. Just ask my husband, he’ll confirm it. 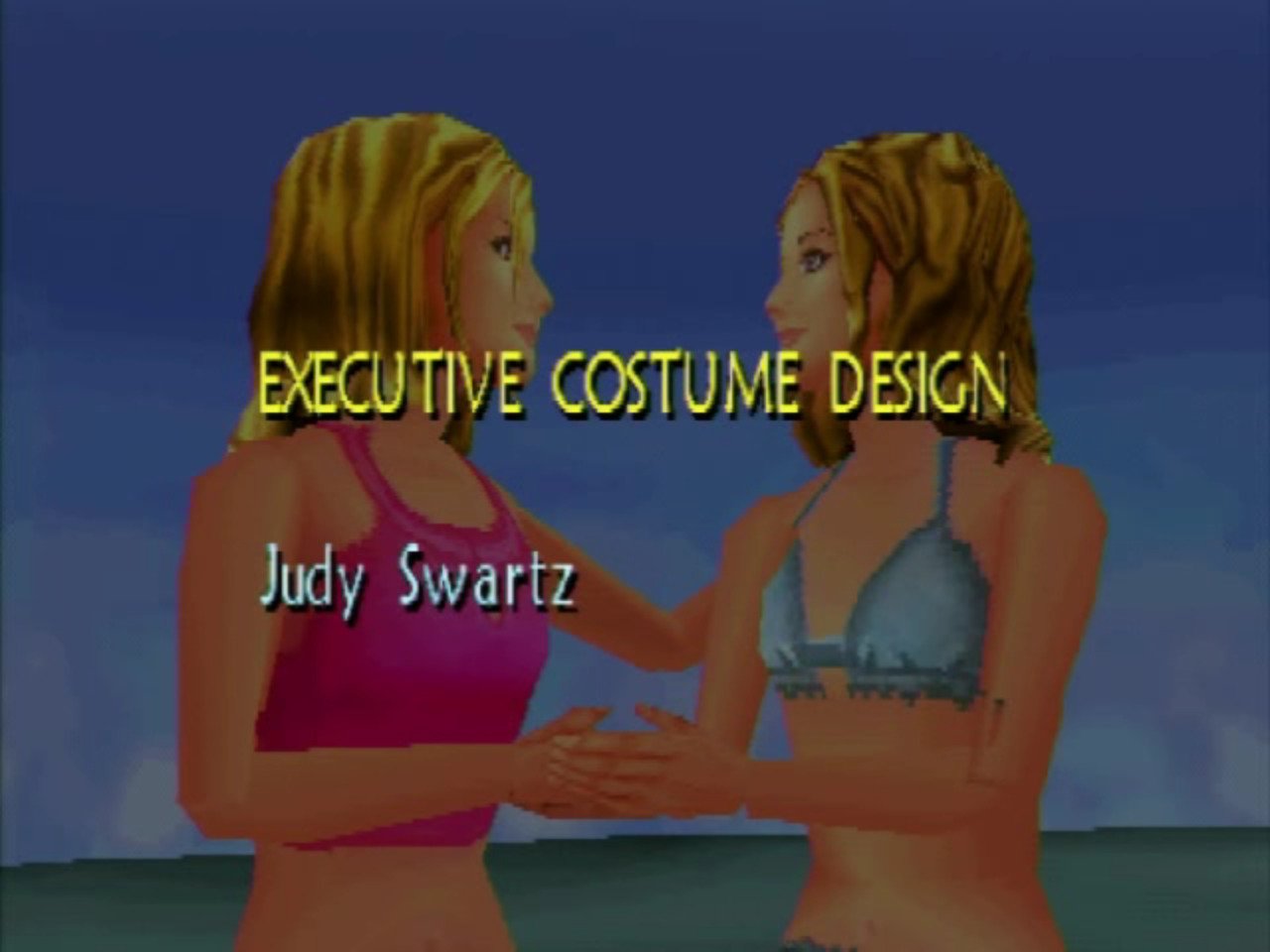 Then the credits roll over what I think is supposed to be a still image of the polygonal twins, but the developers didn’t pause their blinking. It’s the most amusing thing I saw in the entire game, it just looks like they’re frozen in place and intensely staring into each other’s eyes.

If I’m being honest, Mary-Kate and Ashley: Crush Course isn’t anything abysmal. It didn’t suck the life out of me and leave me as a dry, jerky-like husk on my couch, which gives it an advantage over some other games, but it’s also not a game that needs to exist anymore. The Olsen Twins are in their 30s now. They’ve moved on from acting and become fashion…people. I don’t think any of their direct-to-video films were transferred to Blu-ray. It was this bubble in time that popped, just like Acclaim and the AOL Online Keywords that are proudly advertised on the front of the box. It was laid to rest long ago, but then along I came with my shovel.

I’m not even sure who this game was for. Fans of MK&A, I guess? When I was a girl, I just played what everyone else played: Twisted Metal, Tony Hawk’s Pro Skater, Duke Nukem 3D. “Real Games for Real Girls?” What does that make me? A fake gamer girl? That just means the trolls were right!