It’s that time of the month again. The time console warriors are able to pull out actual facts to back up their extreme fanboyism in the most heated of forum discussions.

Taking the top spot again for hardware was the PlayStation 4. While no actual numbers are provided, we’re supposed to take Sony’s word that its system was the most valuable player of the month.

“We are truly honored PlayStation 4 is the top-selling console and No. 1 in software sales again according to NPD sales data for March 2015,” a spokesperson for Sony Computer Entertainment told GamesBeat in a statement. “PS4 remains the cumulative sales leader both globally and in the United States and we want to thank gamers worldwide for their ongoing support.”

Microsoft and Nintendo had your standard we’re not the best, but hey we’re trying PR babble in response to the final numbers.

As for software, Battlefield Hardline grabbed the top spot. While Bloodborne took second overall, it was first for a system exclusive. My personal favorite MLB 15 also popped up on the list at number six. Mario Party 10 was the lone Nintendo title to appear in the top ten.

Here’s a look at the top ten software sales for March: 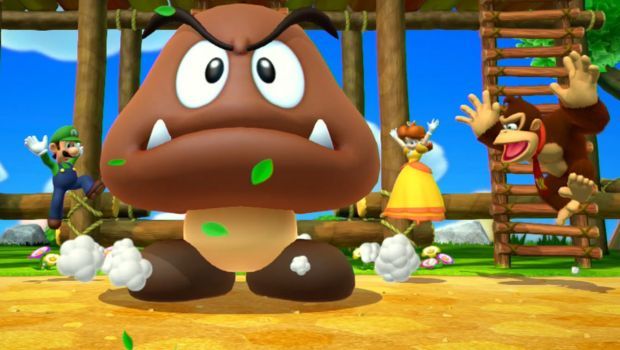