Hands-on with the songstress of Koholint Island

In just a couple of months, we’ll be celebrating the two-year anniversary of Hyrule Warriors. Released in September 2014, it was the first of four games published by Nintendo that gave the flailing Wii U what little pulse it could muster for its third holiday season. As a casual fan of the musougenre, I wondered if a game with such a short campaign would be able to keep my attention. I quickly learned that the meat of the experience wasn’t found in between the earnest cutscenes, but in the maps of the Adventure Mode.

These recreations and de-makes of classic Zelda overworlds provided literally hundreds of hours of challenges, forcing players to adjust time and time again how they tackled the increasingly difficult tasks before them. This single mode has kept me coming back to this game month after month and year after year. The $20 I spent on the first season of DLC, and the three additional maps it provided, was a worthwhile investment. The $10 I just dropped on the second season of DLC looks to already be proving its worth with the addition ofLink’s Awakeningsongstress Marin.

As the sole representative of The Legend of Zelda: Link’s Awakening, a game I continue to look back on with greater and greater admiration, Marin represents her game with gusto. Armed with the Sea Lily’s Bell, one of the eight instruments of the Wind Fish, she wields the seventh water-based weapon in the game. Her attacks and combos make quite a splash as she drowns enemies by the dozen with her walls of water.

Her B-Y and 4B-Y combos bring the rain directly to those in front of her, hitting them with a flood of wet whammies and wallops. Her 7B combo is a stretched out attack that ends with three balls of water shooting out to hit anyone she missed with her spins and twirls. Her Y-strong attack is a more powerful version of this, sending out five harmonic hits of H2O. The power of that hit is determined by her water meter, which fills up as you smack around the soldiers you face.

Not all of her attacks involve dousing her disputants. Her 2B-Y and 3B-Y combos have her skipping and spinning around, taking down any creatures directly around her. 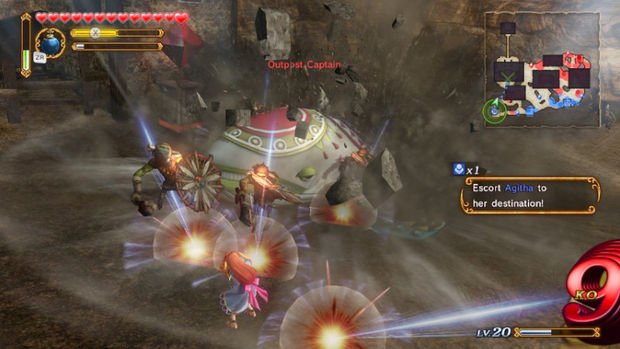 The colorful Wind Fish, deity of Koholint Island, plays heavily into Marin’s attack arsenal. He’s the final blow in her 5B-Y combo, swooping in and easily clearing a path before her. When you use her X-special attack, she calls him in to belly flop on her foes. Both of these attacks, and really all of her combos, are quite entertaining to watch. Whereas the last DLC character favored function over flash, Marin’s ostentatious onslaught brings some much-welcomed flair to the occasionally drab environments.

Now, she wouldn’t really be Marin if she didn’t sing, something the developers saved for her Focus Spirit special attack. With a captive audience and full spirit meter, Marin belts out a tune that, like Justin Bieber, absolutely punishes anyone close enough to hear it.

The one bit of disappointment I have involves her victory animation. Marin was the girl who talked of being a seagull so she could fly away to far-off lands. Famously, the ending for Link’s Awakeninghas her face in the clouds before dissolving into a seagull. I had hoped this would be referenced here,instead, she is merely greeted by a group of Cuccos. Yes, our beloved Marin is a friend to all the residents of Animal Village, but I couldn’t help but hope this little nugget of Zelda history would find itself included here. 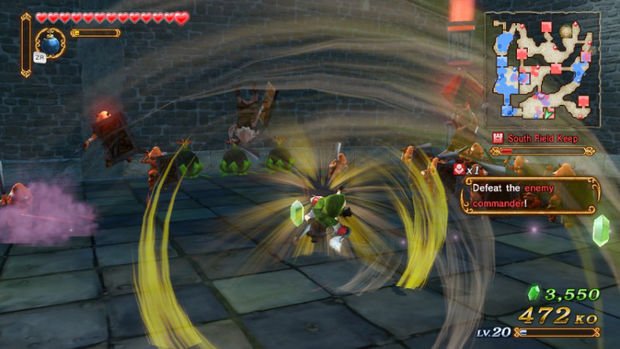 Of course, Marin isn’t the only significant addition in the Link’s Awakening Pack. While this second season of DLC for the Wii U won’t include any new Adventure Maps, we are getting new weapons. This set includes the Boots forLinkle, transforming fem-Link from a skillful sharpshooter into a martial arts master. Unlike Fi’s kicks, which carry the grace of an Anna Pavlova pointe solo, Linkle’selectric legwork captures a fighting spirit usually found in one-on-one bouts between brawling world warriors.

Combined, these two additions to an already jam-packed experience will no doubt keep the game disc secured in my Wii U for the next couple of weeks. If the rumors of the remaining DLC characters ring true, those couple of weeks could easily turn into a couple of months.