Well, that escalated quickly. At first Nintendo’s arena-shooter Splatoon 2 was happy to just use dopey topics about toilet roll and orange juice for its weekend warrior splatfests, but now the good people of Inkopolis are being plunged into a full-on civil war, at the most ridiculous time, too.

The next global splatfest, set for July 20, will ask players to choose between either the Squid or Octopus race. Pearl is backing squid, while Marina will have the corner of Octopus as the two sides wage war to discover, well, which of the two species is “best”?

The genuinely odd issue here is that the plot of the Splatoon 2: Octo Expansion is specifically about the the Squid and Octolings coming together through mutual love and friendship, despite their differences. The story embraces the theme of not placing division between those who are different from each other. So it’s legit ridiculous for Nintendo to follow up that story’s message by, immediately afterwards, asking fans to “choose a side”.

Regardless, this clear precursor to the inevitable “Pearl vs Marina” clash will go live on the weekend of July 20 and will feature participation from all global Splatoon communities. 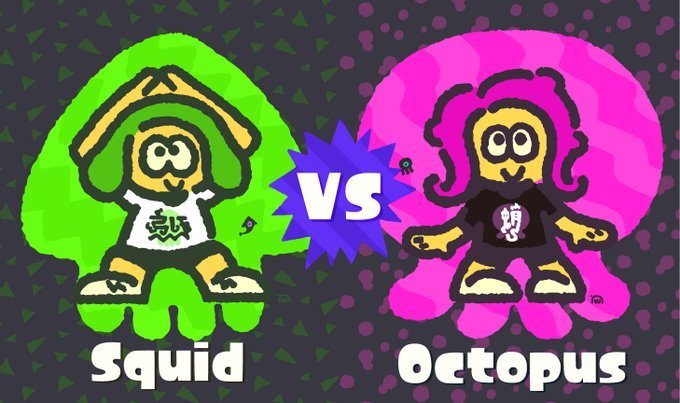