Ninjala is cute in concept but it's certainly no Splatoon

Wrigley’s Believe It or Not

I love it when developers can succinctly describe their game and capture its tone in an original way. Ninjala, a newly-announced Nintendo Switch title from GungHo Online Entertainment, belongs to the “ninja gum action” genre. Trust me, it makes sense once you’ve played it. Kinda.

Players control ninja kids who can blow giant bubblegum bubbles (which can be shot off like projectiles to trap foes in goo), create weapons out of said gum bubbles, and wail on one another with chewing-gum baseball bats while running around city blocks and even straight up the sides of buildings. I think that’s the gist of this multiplayer action game, anyway. It is, as they say, “ninja gum action.” 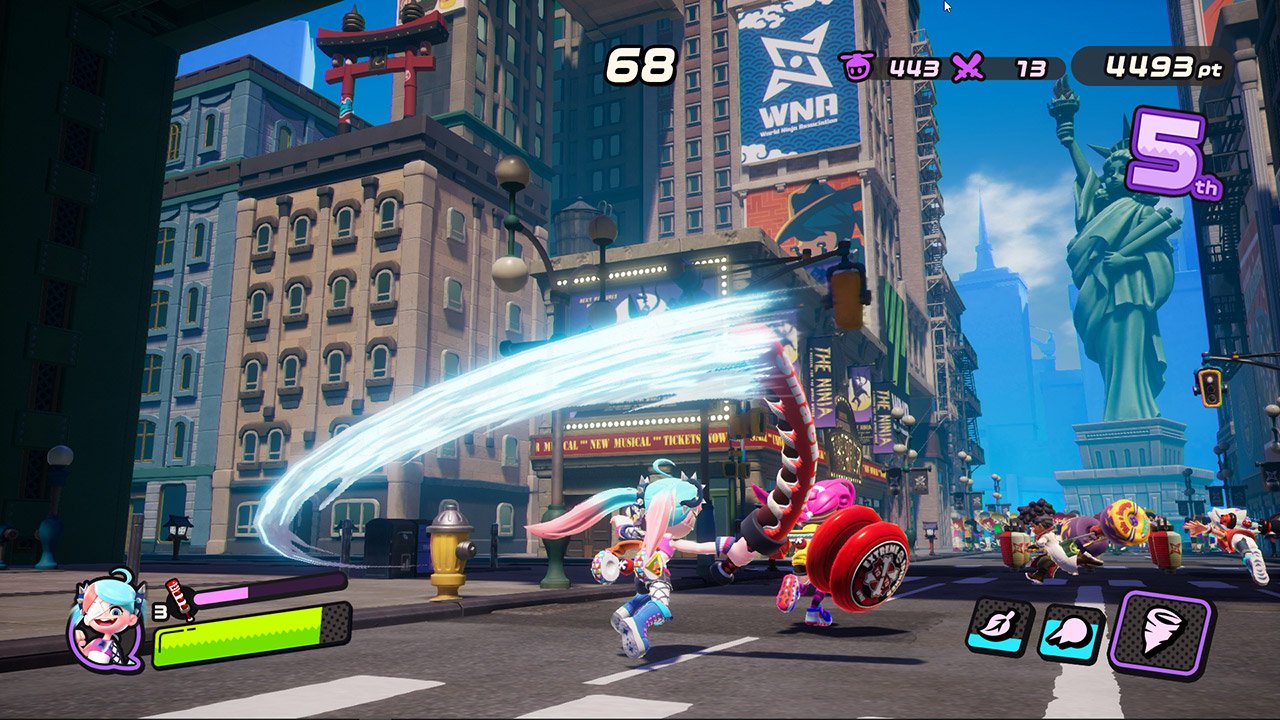 In the case of the demo I played this week at E3, only bats were available, but there will be other weapon types in the full version of the game launching next spring.

The bigger your bubble, the bigger the weapon you can fashion from it (hopefully while no other players are within swinging distance of you). Blowing a comically large bubble to make a ridiculously long baseball bat kept me entertained during both of the rounds of Ninjala I played at E3. I would’ve liked to have tested out more weapon types (like the grayed-out yo-yo), and I struggled with a lack of good lock-on options, but there’s something to this gum-loving ninja concept for sure.

It’s always tough to beat Nintendo at its own game — in this case Splatoon, at least tonally — but I think there’s plenty of room for more colorful, poppy, kid-friendly multiplayer games. The content on-hand at E3 was too limited for me to make much of a call either way, but Ninjala is worth following. If GungHo can refine the flow and feel of action a bit and come up with creative gum weaponry, I’m down.