The newly-opened American division of Arc System Works has unveiled a Collector’s Edition for their upcoming team fighter BlazBlue Cross Tag Battle. The set will be coming to North America as part of the division’s drive to increase awareness and availability of the company’s titles in the West.

The set itself includes a steelbook copy of the game, a 15-track jewel-cased CD, a 52-page soft cover artbook (featuring a slipcase with exclusive artwork) and a set of four acrylic standees of the poster character’s of the crossover fighter’s brands. These include BlazBlue’s Ragna the Bloodedge, Persona 4 Arena’s Yu Narukami, Under Night’s Hyde, and RWBY’s Ruby.

Although we do know pre-orders are set to open May 4, ArcSys America have not yet revealed a price tag for the set. The game itself will hit Japan next month, May 31, before launching in North America a few days later on June 5 and in Europe soon thereafter. 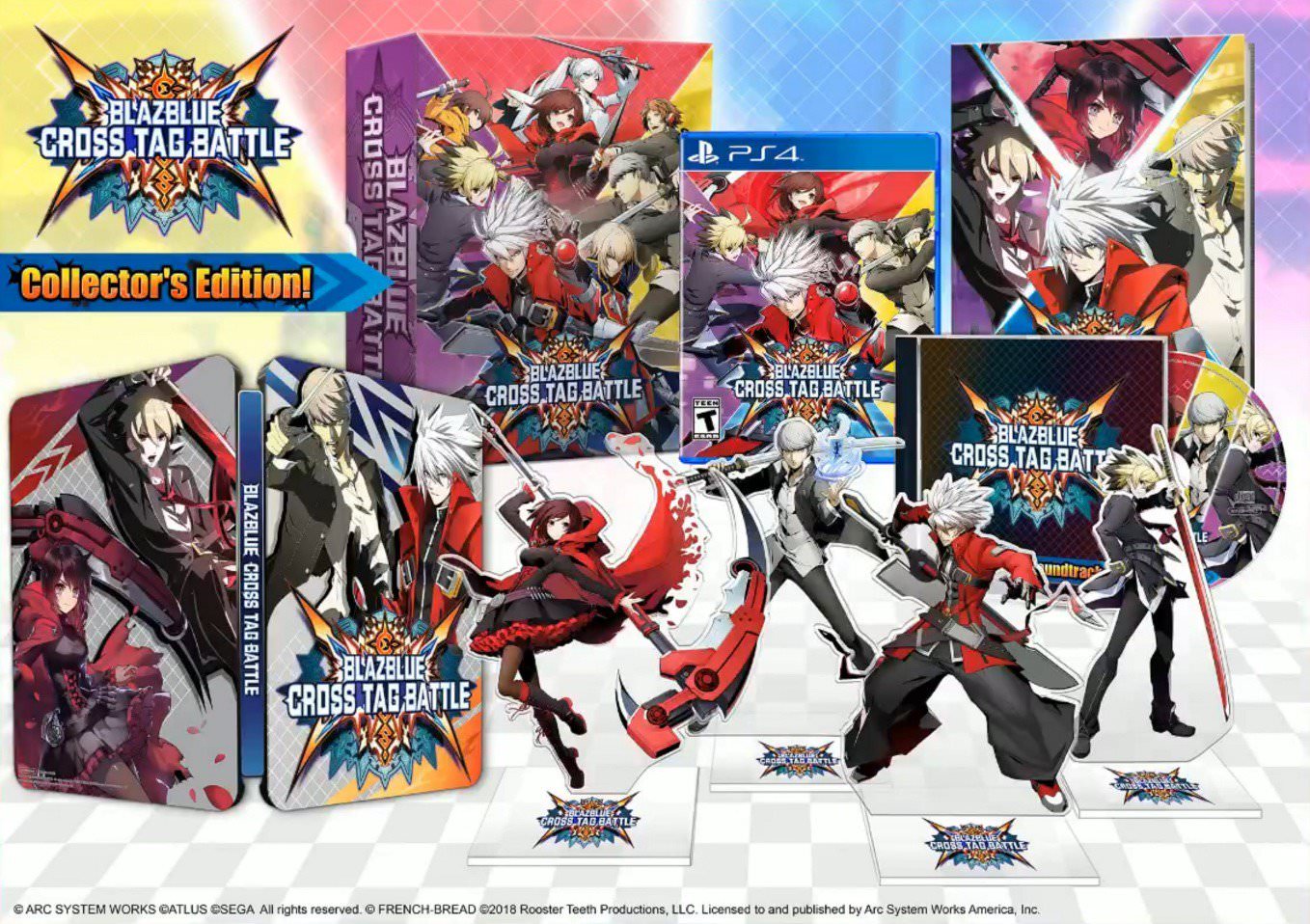