Path of Exile is messing with Harvest crafting, and the community is up in arms

Last year, one of Path of Exile‘s three-month-long leagues was titled Harvest, allowing players to grow gardens of seeds to spawn monsters and ultimately use “deterministic crafting” on their items. This meant that if players had some sweet loot that was just missing one special statistic(say, additional life), they could put in the work to get just that. Most players weren’t big fans of the gardening aspect of the league, but just about everyone loved the ability to improve their gear with specific mods.

This mechanic, like many before, has since made its way into the core game. The current league, Ritual, allows players to come across the Harvest zone while playing the endgame and get a small selection of randomly selected crafts to use on gear. Not everyone is crazy about how it is implemented, but in general, many are happy to have “Harvest crafting” back in some capacity as it allows for some great build diversity and plenty of strong gear.

(Newbie Primer: If you don’t know Path of Exile very well, here’s a quick rundown of things you need to know: The game drops currency “orbs” that can modify existing items in various ways. The in-game economy also works with these items, specifically trading Chaos Orbs and Exalted Orbs for desired items. The in-game function of a Chaos Orb is to randomly re-roll a rare item with new mods. The in-game function of an Exalted Orb is to add a new mod at random. Again though, most people just use these as currency to trade.)

As I logged into my Steam group chat with friends the other day, I was immediately asked if I “saw the Harvest changes.” I just knew that GGG was nerfing it. After reading through the changes, I thought they were pretty well justified and manageable, even as someone who loves Harvest to death.

Boy did the Path of Exile community swing the other way.

The subreddit has been basically nothing but antagonizing memes and posts towards Chris Wilson (lead developer) and the team at Grinding Gear Games. From Phoenix Wright scenes playing out the dramato singing Exalted Orbs, most players are furious about two comments made in the manifest:

In general, it seems the team at GGG wants players to use Chaos Orbs and Exalted Orbs (rare currency drops) to modify items. The problem is, not only are these very rare – Exalted Orbs especially – but landing a specific set of modifications, even average ones, often takes thousands of Chaos Orbs.

No one is going to do that. Like, ever. Especially not when most people play in the trade leagues and can just trade for the item they want for, like, 10 Chaos Orbs. And even the more expensive items would be cheaper to just buy outright (though they will be more expensive than they are now, since they’d be less common without Harvest).

This video from Path of Exile player Nervyr does a good job showing just how expensive and ridiculous Chaos and Exalt crafting can be. Keep in mind that most players will neverreach double-digit Exalted Orbs, and plenty of players will see two or less in an entire league.

This idea is so far removed from how players actuallymodify items that it’s almost insulting?

Again, I’m in the minority that thinks the Harvest changes are okay. I would have loved to have them not change at all, but I can see how GGG would disagree. I would consider myself above the casual player, though I spend more time making new builds than completing the ones I have, and Harvest is a great opportunity for me to develop very specific builds. However, the ultra-players are creating what are referred to as “Mirror-Tier items” with Harvest, and that just can’t happen, I guess.

I also can’t stress just how rare an Exalted Orb really is. Lots of players are likely to never find oneover the course of the league. I’ve played a lotthis current league, so I have found somewhere between three to five Exalts, and made about a dozen more from trading. The idea of wasting an Exalt to try for an item mod that has a less than 1 percent chance of occurring is downright absurd.

Grinding Gear Games: You want to nerf Harvest crafting? Sure, go ahead.

But don’t pretend to know what the players want or how they play. If you actually catered to the community with your changes, you would work on performance, lower the quantity of drops, reduce player clicking, kill the bloat, or maybe add a goddamn colorblind mode. But no, for now I’ll just continue using a single Chromatic Orb (changing the colors of the sockets of an item) and then pick up a gem in my inventory to let me know which ones are red and which are green.

I must also point out that this frustration comes out of love. I lovePath of Exile. I’ve spent hundreds of hours in it since quarantine. It’s one of my favorite games of all time, and absolutely one of the best free-to-play games on the market. But damn if it isn’t hard to love at times, this being one of them.

Anyway, here are some of my favorite memes from the subreddit in the past couple of days: 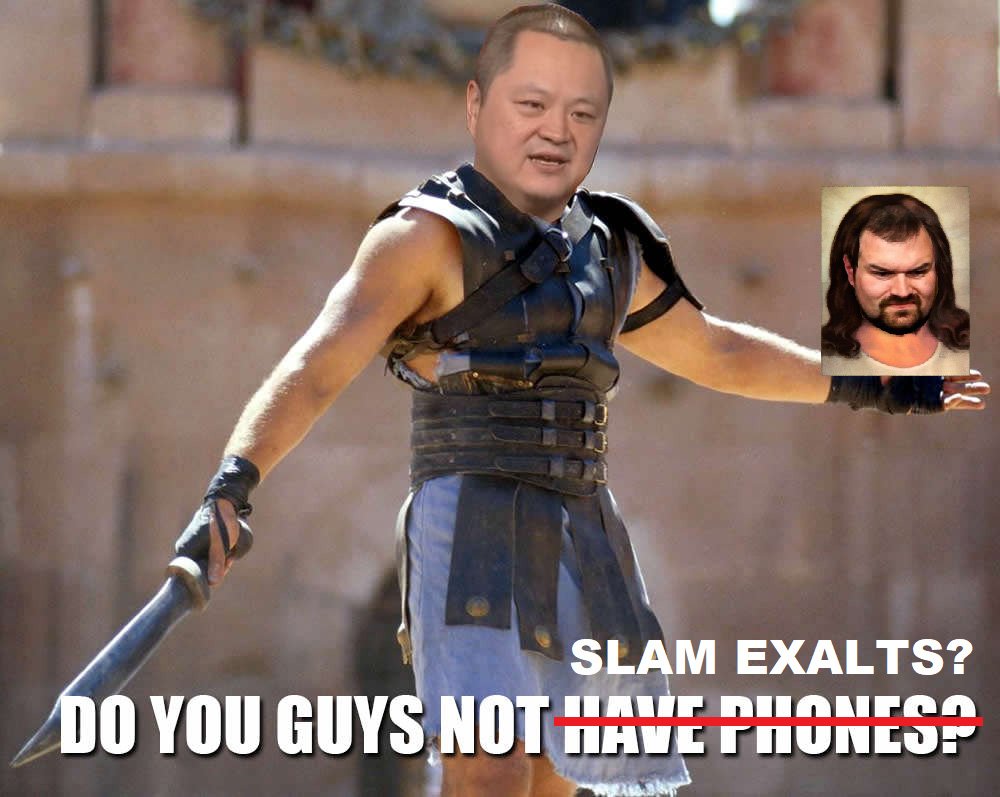 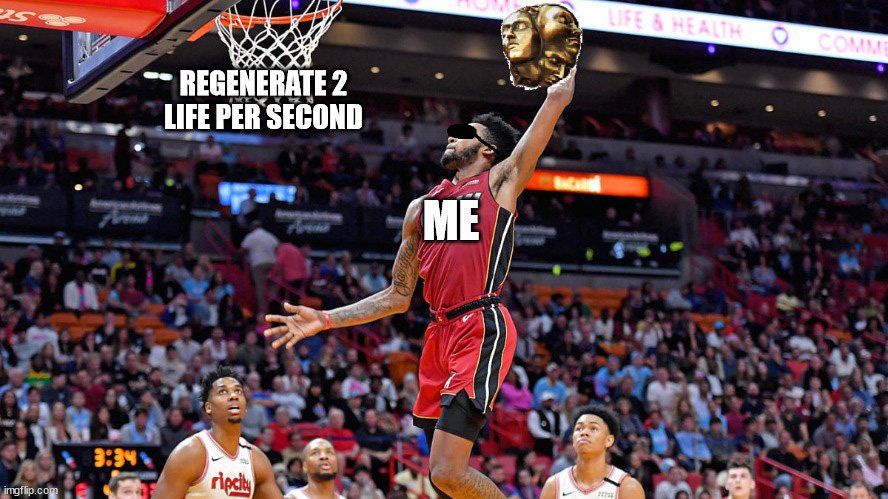 [“I love crafting this way” by theTimm69] 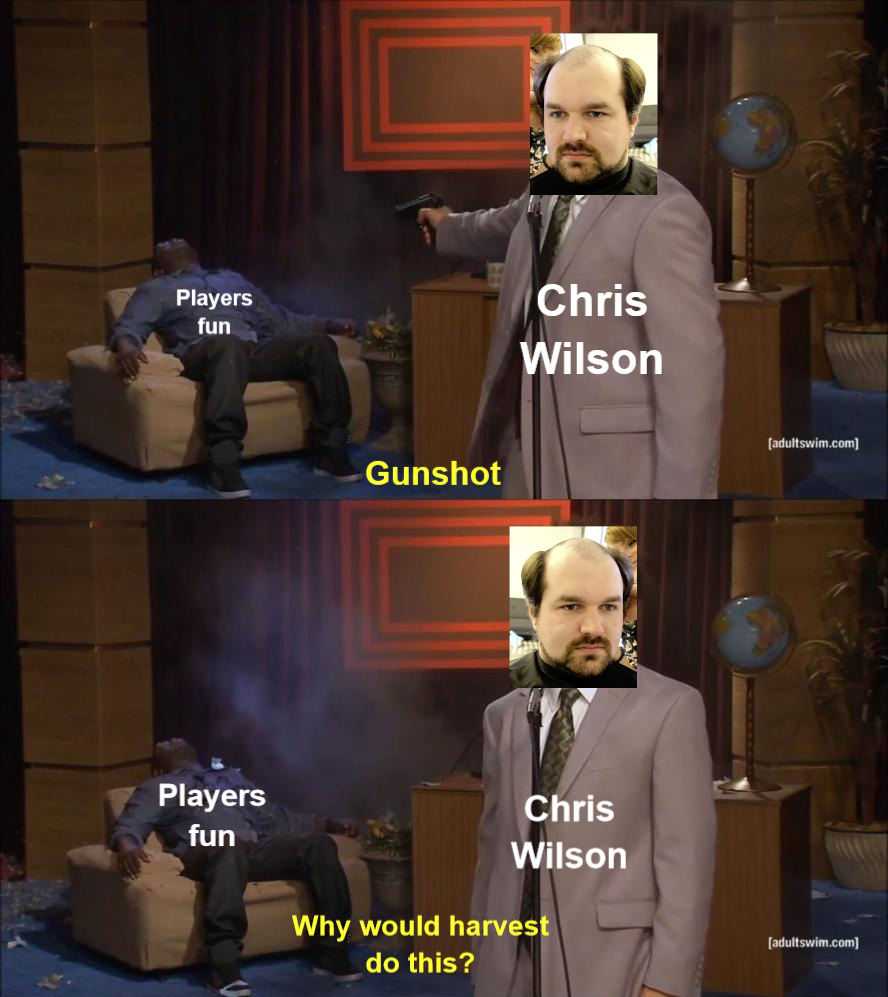 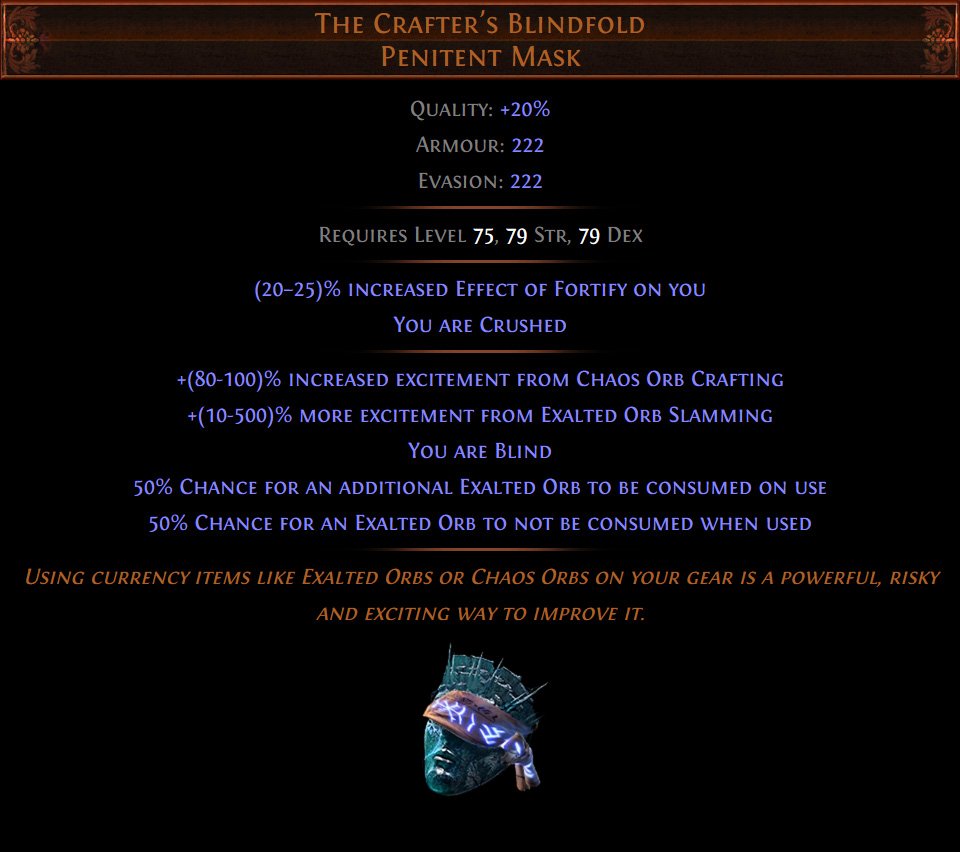 [“Unique Item leak from the next league!” by KasseopeaPrime]