And I made others’ butts rumble

“Have you guys played the butt rumble game yet?” That’s what Dale North and I were asked by a conversational colleague at IGN’s indie game mixer last night. The confused looks on our faces probably served as a blatant tell, as he followed his question with “Oh man, you guys gotta play the butt rumble game. Let’s go!”

And we did. And our butts rumbled. And the night was exponentially better as a result.

The butt rumble game, or Pig Eat Ballas I’m sure the developers would be more keen on it being called, acted as an experimental competitive multiplayer experience last night. Four players sat down on vibrating pads and partook in round after round of party games. There were plenty of objectives — from eating tennis balls to making “sammiches” — but the intention of everyone seemed to be attacking another player causing them to lose progress, and more importantly, causing their butt to rumble. 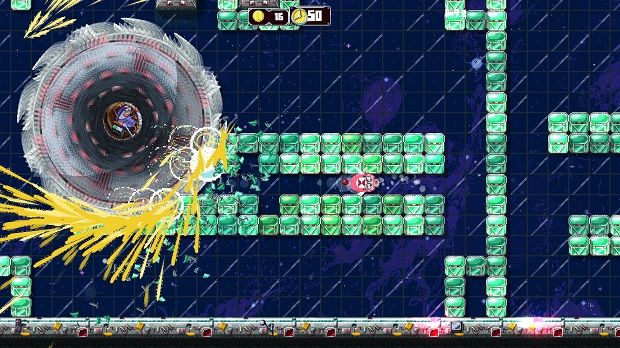 The tremoring tookus component is obviously something that Mommy’s Best Games threw in for the purpose of demoing Pig Eat Ball, as it’s not really viable to sell that peripheral alongside the game. However, the multiplayer was certainly fun in its own right. I mean, has gathering a few friends in the same room and playing Mario Party-style minigames ever not proven to be enjoyable?

If, by some chance, that’s not your thing, Pig Eat Ballhas an entire singleplayer focus that looks to be wildly different than the multiplayer. We didn’t get a chance to see it, but it seems to be an action puzzle game of sorts. For instance, there are levels where you need to eat all the tennis balls, but doing so causes you to grow and renders you unable to fit through some spaces. The solution? Vomit those balls, squeeze through the passageway, and re-ingest them once on the otherside.

Mommy’s Best Games is aiming for a “first half of 2014” release on PC, Mac and Linux. Judging by the GDC build, it’ll offer a strong showing in the multiplayer department. Regardless of which side of the game intrigues you, Pig Eat Ballseems prepared to ooze charm each and every second. Also, I got to make my boss’ butt rumble, and who on earth gets to say that?