Earlier this year, I watched through the three currently available versions of the Fate/Stay Night series. It was pretty interesting throughout, and kept my attention (Rin is best girl), but each “season” was littered with issues. A stylish and fun series with the kind of problems that wouldn’t deter enjoyment unless you spent a lot of time with it.

And that’s basically Fate/Stay Extella: The Umbral Star in a nutshell. With its Nintendo Switch port, it’s built perfectly for short bursts. But once you really sit with it, the flaws in the facade begin to show. 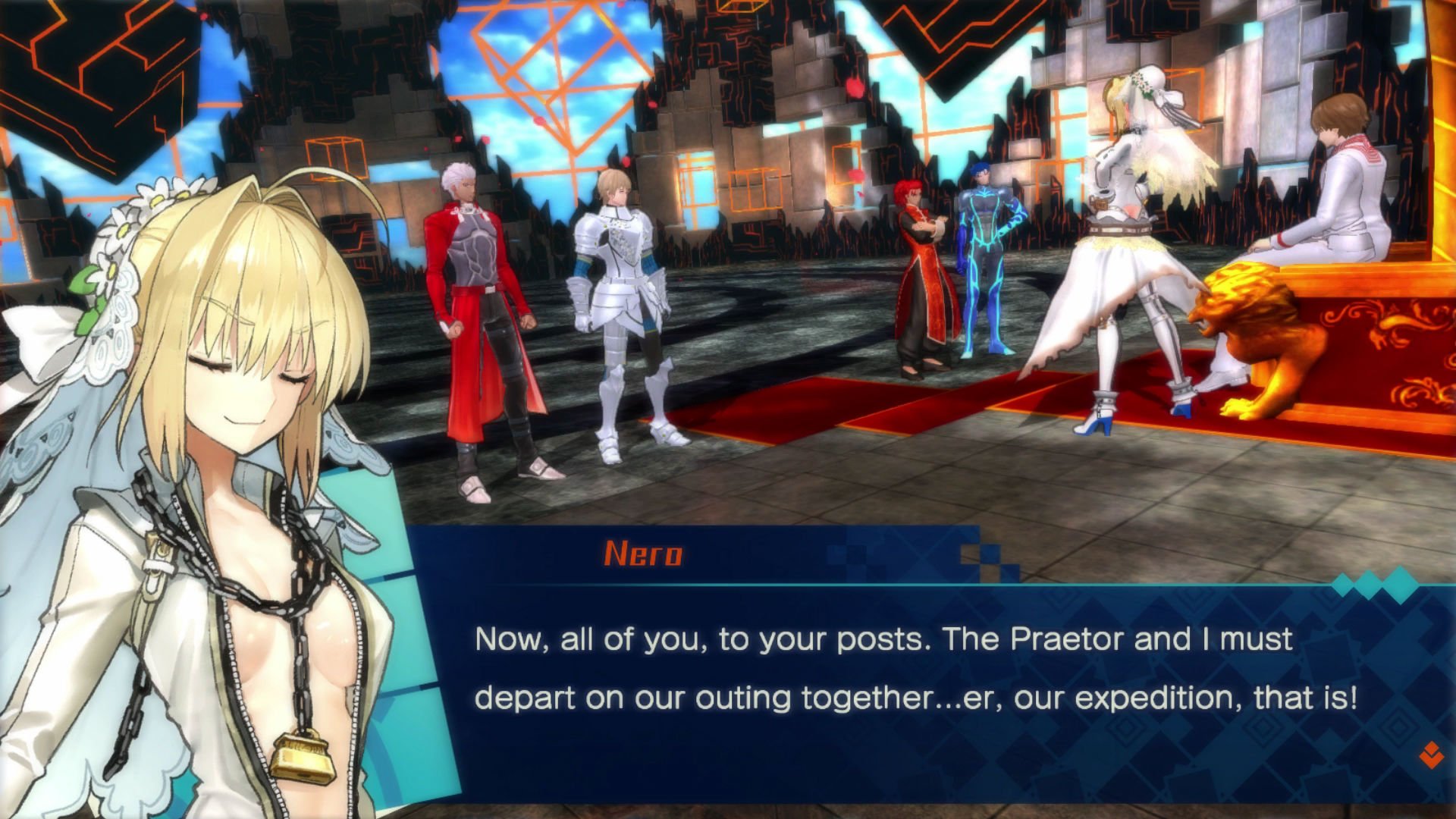 You can read Destructoid’sDennis Carden’s review of the PlayStation 4 version for the full rundown of this title, but for those just jumping in, I’ll give you a little crash course. Fate/Extella: The Umbral Star is a musou (read as: Dynasty Warriors-like) set in the Fate/Extra world after the player and their Servant, Nero, the reincarnated heroic spirit of a Roman emperor, find themselves on the moon after winning a battle between other Masters and Servants. What this boils down to, essentially, is you needing to clear room after room full of baddies in order to claim territories and secure victory.

Since each mission can take about 20-30 minutes to complete, it’s great for a Switch on the go, but don’t expect to be comfortable playing for more than that without docking it since Fate/Extella has camera problems that are exacerbated on a smaller screen. Combat is frantic, in a good way, but unmanageable in some cases. The lock-on function only works with certain bosses, so you can’t lock on to any sub-bosses or particular enemies. Since one core facet of securing territories is defeating a number of sub-bosses per area, it makes them harder to deal with when you’re constantly fighting the camera to make them out in a crowd. It’s even more egregious when fighting larger enemies, or ones in the air. Attacks may cover a large swath, but having to jostle the right stick is even weirder when using the Switch as a portable. Constantly extending my thumb down toward the right stick instead of using the attack buttons really disrupts the flow of play. It’s a huge no-no for this genre. 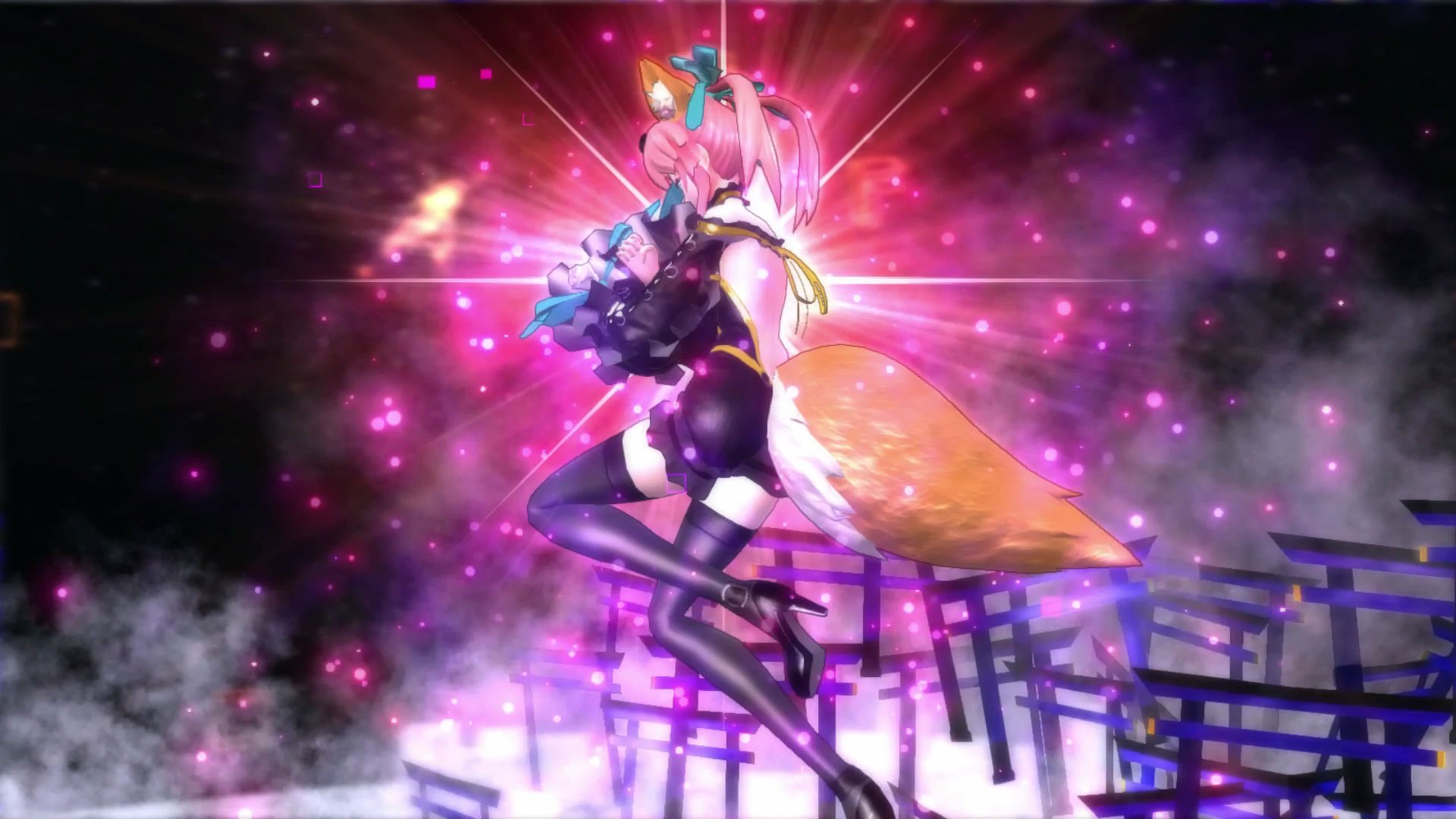 For fans of the Fate series, who also happen to own a Switch, I’d recommend Fate/Extella: The Umbral Star with a few caveats. There aren’t other hack-and-slash games on the platform at the moment, so it’ll scratch that itch, but it doesn’t offer much to those who aren’t as dedicated.

The camera problems really make the gameplay less fun in some particular moments (which definitely deflates how smooth some combos can feel). It’s also not a visual masterpiece by any means, as each cutscene looks like someone wiped the screen with Vaseline. But playing with the Switch docked does somewhat alleviate these issues.

Then again, it’s got swimsuits and Nero can fight in an obscenely anime wedding dress. There may be Vaseline covering the screen, but those outfits are always hilariously in focus.