Aban Hawkins & the 1000 Spikes was a great concept. It launched way back in 2011 on the Xbox Live Indie store for a whole dollar, and remains one of the best games on the marketplace to this day. But the folks over at Nicalis knew that it was meant for something greater — enter 1001 Spikes.

This confusingly named follow-up is set to rock on the Wii U, 3DS, Vita, and PS4 sometime this year, and if what I’ve played of an updated version is any indication, it’s worth the wait. 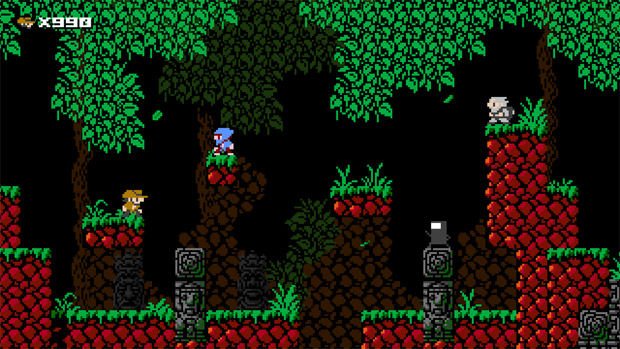 1001 Spikesis a retro enthusiast’s dream. You’ll control the titular Aban in his quest for more treasure, as the game takes you through a series of levels in the style of the world map fromGhouls ‘N Ghosts. It’s a full quest, complete with a narrative, collectibles, danger, and well crafted levels full of fiendish traps. It also plays wonderfully, most notably due to the “two button” jump system.

You can press one button to jump high, and another to jump at a standard height, like most 2D platforming protagonists would. This allows you to control your jumps and make precise landings on any platform — because, you know, they’re probably filled with spikes. It’s a simple nuance but a welcome one, and as someone who has been playing platformers for over 20 years, it feels fresh — in other words, it combines all of the good times you had with retro games with a solid framework to make it more fair.

The full game will feature nine characters, including Nyx from Nyx Quest, Commander Video, and the President Thompson/Sugimoto duo from Tempura of the Dead. My experience with co-op has been great, as there’s a slighttrolling element in this current build that allows you to throw projectiles at fellow partners to stun them. It isn’t game-breakingly annoying however like a few other titles, since the maps are generally pretty large, and the camera zooms out at a decent length to give everyone their space. 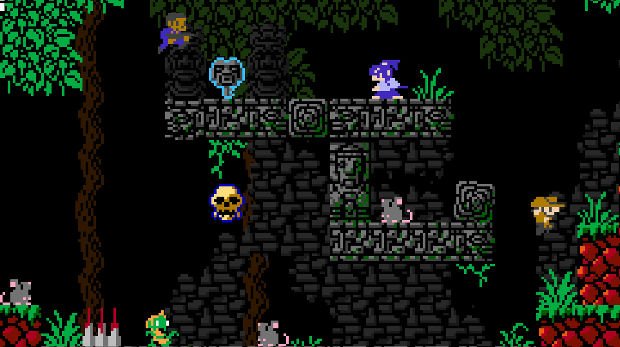 In addition to legit four-player co-op for the entire campaign, 1001 Spikeswill feature a “Golden Vase” mode (among other multiplayer gametypes) which plays similarly to Spelunky‘s deathmatch gametype mixed with Halo‘s Oddball. There’s a giant vase in the middle that drops coins as you carry it while running, but everyone else is gunning for you in one giant trap-filled map. It’s fleeting fun, for sure, but there’s a method to its chaos, and solid platforming skills will win out more often than not.

The map I was able to test had varying degrees of height, with multiple doorways to enter (Scooby-Dooteleportation style), tons of spike traps, and fire-breathing wall hazards. The spikes in particular were cool, as they triggered a trap on the opposite side of where it was stomped — so a fleeing player could run all over them to play defense even though he can’t technically use his hands while holding the vase.

The final game will sport leaderboards, as well as a sound test mode and a few other secrets (hopefully we’ll hear some more progress on the level editor). It expands upon the original game in a big way with a multitude of modes and characters, and everything I’ve touched so far has me pretty excited to try the real thing. In short, it plays like an NES game with tons of content stuffed into it, and I’m perfectly okay with that.