What does this mean for Dust 514’s future?

The exciting news out of the first keynote presentation on Friday at EVEFanfest 2014 has to do withfirst-person shooters. Maybe surprisingly, that doesn’t mean Dust 514. Rather, CCP’s working on an entirely new game at this point, for a platform that might make more sense given itsEVEuniverse install base.

This new experience is currently called Project Legion, and it’s being developed for PC. Details are a bit scant right now, as it’s only in the prototype phase. However, CCP has a pretty decent track record of taking prototypes and turning them into strong endeavors.

It’s not all that surprising to hear that CCP is moving this direction with a second shot at a first-person shooter. Jean-Charles Gaudechon, the executive producer onDust 514who’s been at CCP for seven months, was integral to the decision. He noted that this made the most sense for the team to be able to push the vision that they had forDust. 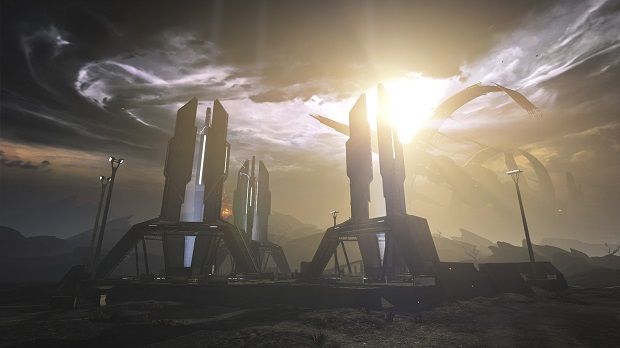 According to Gaudechon, Project Legionis being build around three pillars (videogame buzzwords!) of gameplay. The first, and probably most important for an FPS, is that the developers want to make a game that is a deep and balanced competitive shooter. Second, sticking true to the core tenets of the EVE Onlineuniverse, they’re striving to create a true sandbox in New Eden for players — one in which they’re less crafting a set experience, but instead acting as custodians of a game that allows experiences to happen. Lastly, again remaining in sync with EVEOnline, they want a player-driven economy.

Truth be told, there’s really not all that information about Project Legionavailable yet. That’s most likely because CCP hasn’t necessarily nailed down the specifics yet. It’s just a prototype, after all. Gaudechon off-handedly mentioned that CCP wants this to be a “re-imagining of what a first-person experience in EVEis,” and it’s easy to pick up on the fact that the re-imagining is still far from complete. 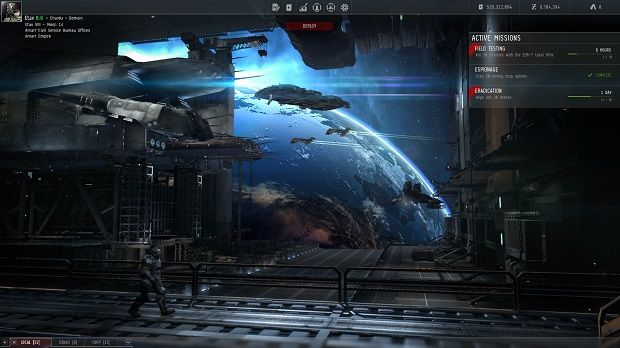 As such, there are plenty of questions still in the mix. Will Project Legionadopt the same free-to-play model of Dust 514? Are they going to attempt to integrate the gameplay into the greater EVE Onlineuniverse? And, maybe most tantalizingly, what does Project Legion‘s existence mean for Dust 514?

There’s no denying that Dust 514hasn’t exactly panned out to be all that it was hyped to be. Will Project Legion‘s release be thecoup de grâce for the PlayStation 3 title? Unsurprisingly, Gaudechon denies this, remarking the CCP is seeing a solid user base for Dust, largely attributable to the dedicated EVEcommunity. When asked if the two games will be different enough that people would be inclined to play both, he responded in the affirmative.

Despite those replies, it’s hard to shake the feeling that this very well be the beginning of the end of the road for Dust 514. It seems that CCP is looking at Dustas a learning experience, and taking that information to a new game on a platform where its players are. Regardless of what the future holds for Dust 514, Project Legionproves that CCP isn’t giving up on the first-person shooter genre anytime soon.