More of this mayhem, please

It’s the moment The Crew 2 players have been waiting for since launch: PvP is in! While it’s always been possible to goof off with other players in Ubisoft’s miniaturized United States sandbox, now we can go head-to-head. What’s more, there’s a new Demolition Derby mode, and it’s among the most fun I’ve had with the sequel. If you liked the outlandish monster truck trick events, you’ll feel right at home.

You only need to have unlocked the first HQ (which happens shortly into The Crew 2), and everyone’s vehicles will be scaled to their maxed-out level in hopes of creating an even playing field. PvP is broken into two categories: the “Race” playlist contains Street Race and Hypercar events, while the “Mix” playlist changes daily and “draws from all the game’s disciplines, except Drag Race and Air Race.”

You and up to seven other competitors will vote on a set of randomized events once you’ve selected your preferred playlist. Pretty straightforward. If a match is a real nail-biter and you want a redo, there’s a “Revenge” option. As for ranking, The Crew 2‘s PvP uses a League system spanning Bronze, Silver, Gold, and Platinum. “League points are won or lost according to your performance in events, with the exact number dependent on yours and your opponents’ current rank,” according to Ubisoft. 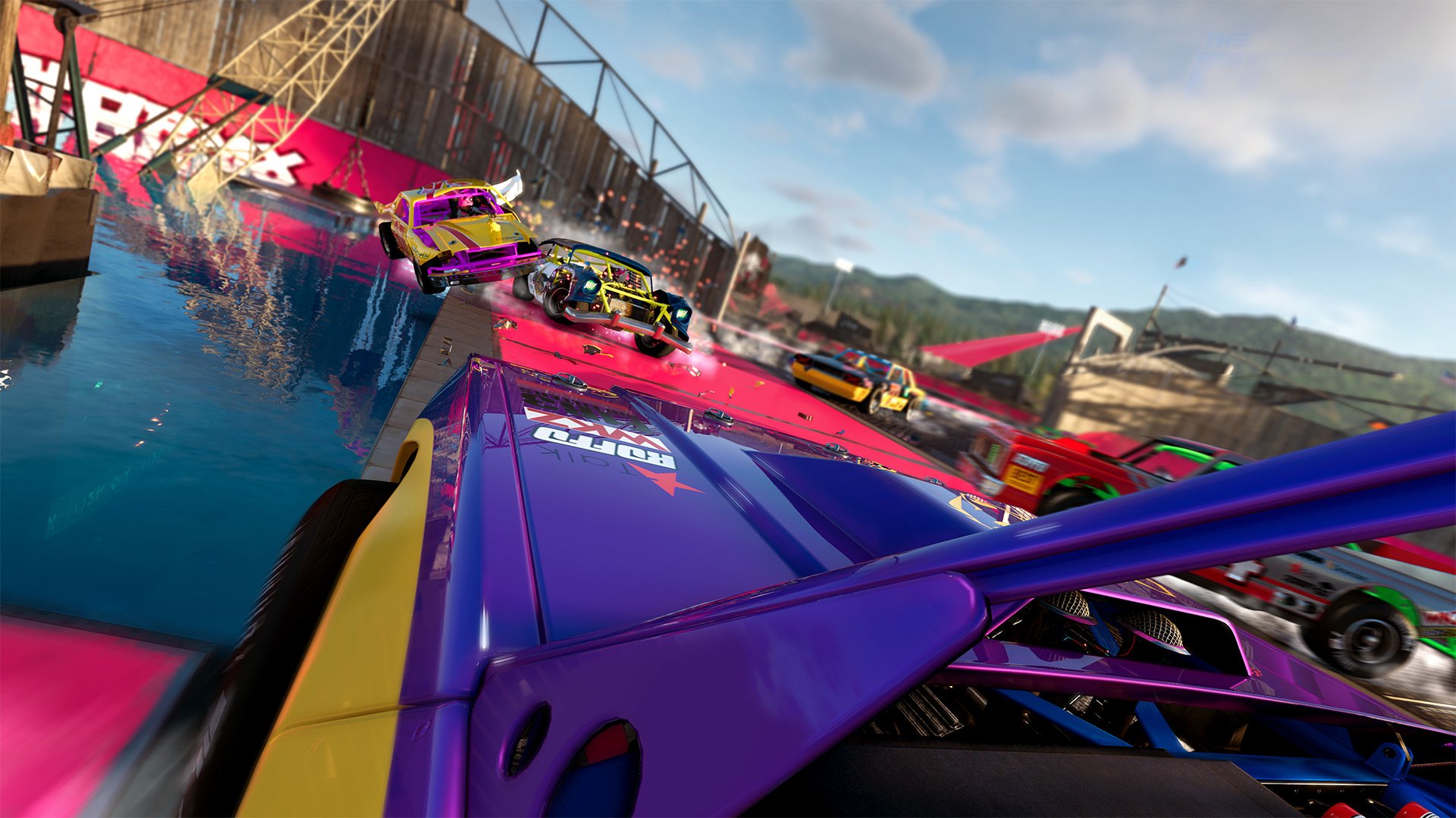 The other major feature is Demolition Derby which, again, is a blast. It’s a new discipline in The Crew 2, meaning there are multiple events under the Demolition Derby banner. The short of it is that you’ll smash into other cars until they crumble and try not to get crushed by trap-like obstacles. It’s super chaotic and arcadey. I didn’t have particularly high expectations coming in, but it delivers.

Other patch highlights include “more realistic” changes to collisions with traffic and static elements in the environment; tweaks to Rally Raid handling; a new illumination system so players aren’t totally blind at night; daily contracts that dish out credits; and full key remapping for vehicles on PC.

You can skim through the full PvP and Demolition Derby patch notes over here. They’re extensive.