Mostly for the fans

The art of the Soulsseries blows me away. It truly is an adventurous experience, because although the style is consistent, you literally never know what you’re going to walk into next. Whether it’s a series of decadent libraries or a murky, poisonous swamp, every single area in a Soulsgame looks uniquely haunting.

Dark Souls: Design Works is an art book that collects most of that beautiful madness in one place, and although it’s lacking in many areas, it is pretty much a must-have for fans of the series. 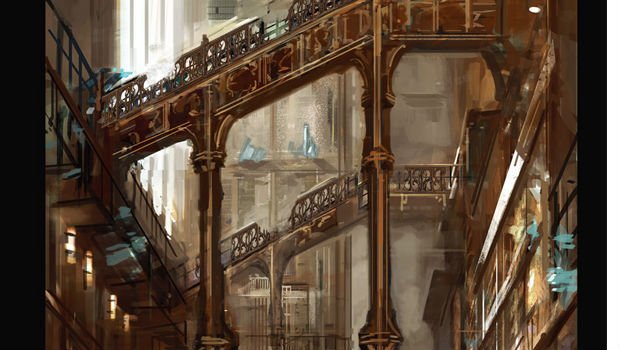 Design Works is a modest little book that mostly delivers environments and characters with little exposition. To be clear, this is a book for those who truly like to look at art for hours on end, as there’s very little in terms of expanding the lore of Dark Souls. It starts off with a number of pages dedicated to specific areas and creatures, then it moves on to the concept art, and the early designs of some bits that never made it into the game.

It’s a rather full artbook with 112 pages of pure art, so there’s plenty to flip through. It is a hardcover book, but the silver gloss printing on the front looks a bit cheap (like it would rub off), and the quality of the book itself isn’t all that impressive.

As for the art, most fans will be able to recognize obvious bosses like the Gaping Dragon, but there’s a tiny bit of text next to each character to identify them. Despite hitting most of the major facets of the game, what the book decides to focus on is uneven, as some minor creations get a lot of love like Havel the Rock (who sports a full page), but others like Frampt get one tiny box.

It’s a bit puzzling and might be because it’s the only bit of artwork they could get their hands on for the book, but you should be prepared to be underwhelmed by some of the inclusions. Sadly, a few areas are erroneously marked in the process to localize the book, like the case of the Mimic (a treasure chest monster) and the Serpent Mage, who are mismatched.Bosses are shown off in all their glory however, and the art for foes like the Four Kings is phenomenal. 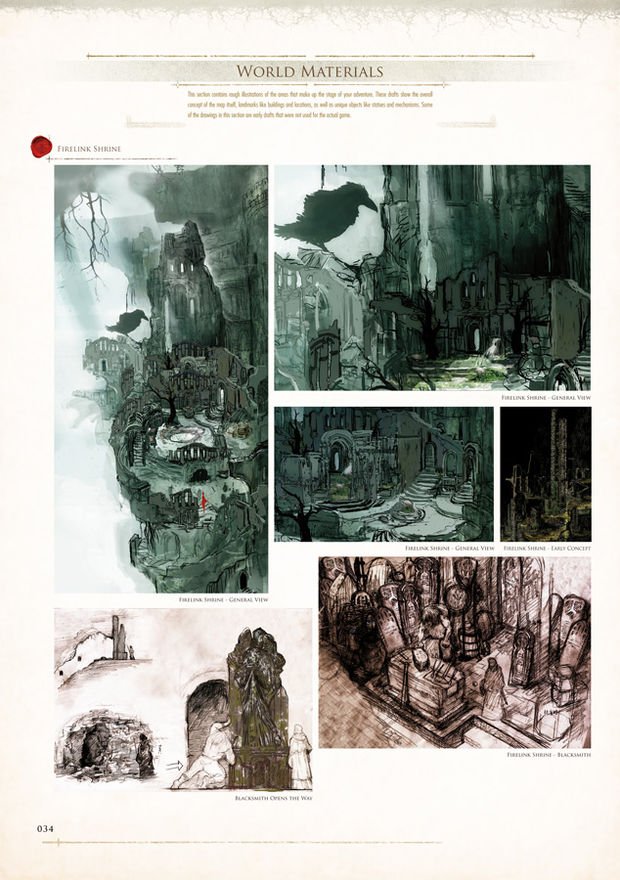 Next up is the weapons and armor section, which displays an impressive array of equipment — but if you don’t play the games, they’re going to look all the same to you. One area I was particularly disappointed in is the lack of unused material, or art we haven’t seen before in some fashion. Flipping through the hardcover guide that launched with the game, I noticed that a lot of the same pieces were re-used, so I was really looking forward to the concept art. There’s some interesting unused areas and characters to ogle at but not much. Poor Artorias (one of my favorite characters) is lumped in this section, before he ended up heading up his own DLC campaign.

To cap it all off, there’s an interview with director Hidetaka Miyazaki and four From Software designers (Daisuke Satake, Hiroshi Nakamura, Masanori Waragai, and Mai Hastuyama). It’s 12 pages altogether (with tiny print to boot), and pretty in-depth. It’s from December 2011, but it’s still pretty insightful, and sheds a few facts like how bosses are created (unlike the rest of the project, these are apparently done in isolation with a singular artist in charge of a boss), and how each map and layout was achieved. 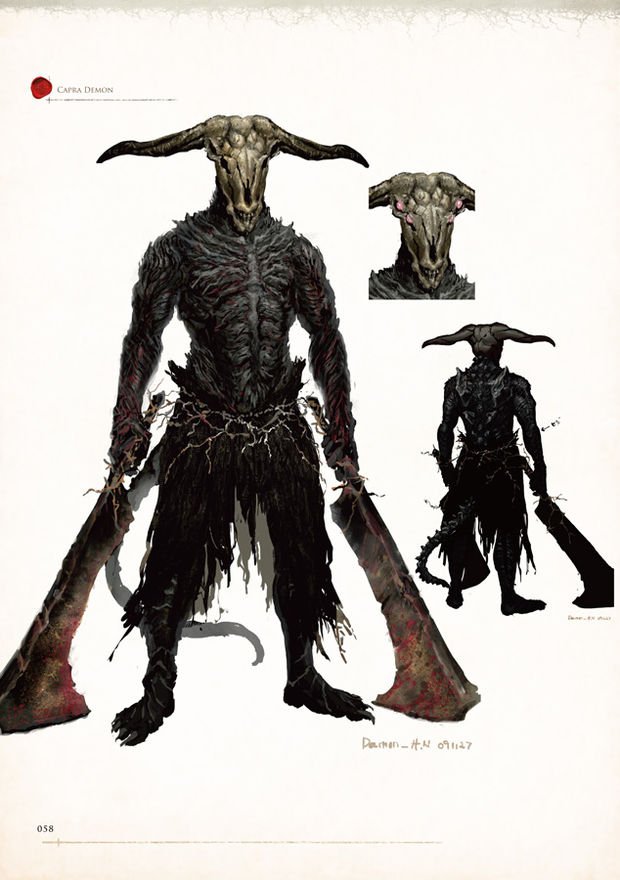 Story-centric origins are also discussed, and I particularly liked the bit where the Ceaseless Discharge’s backstory was revealed, despite the fact that it wasn’t outright explained at any point in the actual game (barring some item-centric lore). There’s even talk of influences and a whole lot of anime is name-dropped, including Record of Lodoss War, Saint Seiya, and Jojo’s Bizzare Adventure. This is easily the best part of the book, and I wish there were more sections like this peppered throughout.

Unlike Hyrule Historia, which contained multiple interviews and tidbits to shed some more light on Zelda‘s massive universe, there aren’t a whole lot of extras here to augment your enjoyment of the Soulsseries.Dark Souls: Design Works could have been a lot more expansive, but at a discount price (it’s approximately $25 on Amazon), it’s mostly on the mark for those of you who can’t get enough of this franchise.