So you read about our experience with Cyberpunk 2077so far, right?

Well, now you can read about our hands-on experience. Let’s dive right in! 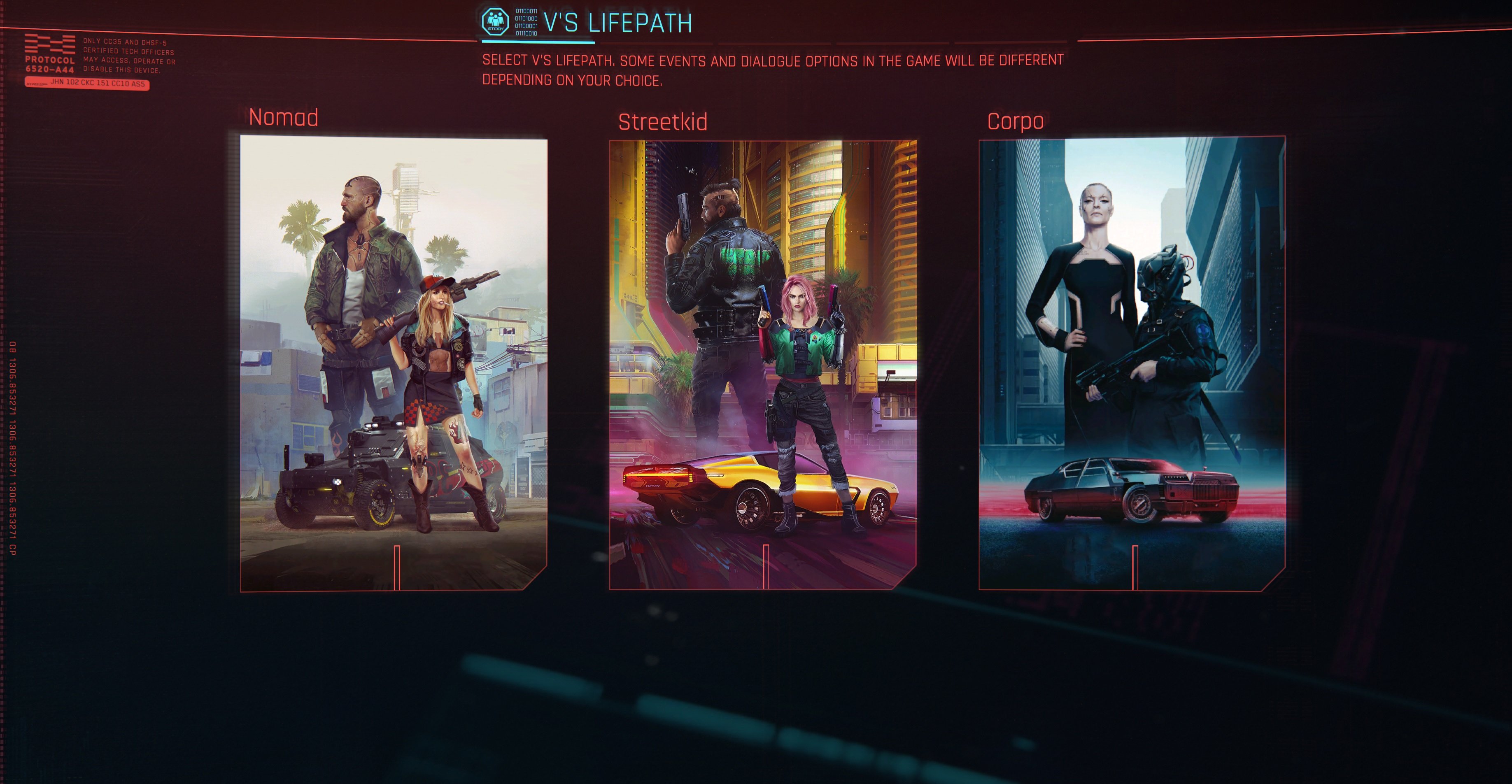 I’ve been waiting for a fully-featured, AAA Cyberpunk game for a long time. No, not a lower-case c, as in, the genre: a Mike Pondsmith Cyberpunk universe adaptation! Over the years, playing theNetrunner and Android: Netrunnercard games only made that wait worse. Based on my time with it so far, CD Projekt Red delivers on that aesthetic and lore-filled vision, with mechanical and design holdups along the way.

We need to get this out of the way before your astronomical hype sensors get too off the charts: it’s important to note that there’s basically nothing here that you haven’t seen before. The big culprit:clichéd AAA action setpieces. There’s a lot of moments on the critical path that are supposed to feel like high-octane trips, but are mostly just scripted sequences. Very early on Cyberpunk 2077features several low-stakes, frankly slow car chases that have your partner yelling obscenities every few seconds in an attempt to make them more exciting. It’s groan-worthy.

It feels like CD Projekt Red inserted these portions to add a “AAA action” allure to the game, and as a result, come across as inauthentic. This forced tone is also accentuated with some really tryhard iconography(including a gun shop called “2nd Amendment”) and dialogue, which stumbles to try and communicate the “anti-corporate” tone in a mature way. It’s edge for the sake of edge. It’s odd that CD Projekt Red felt the need to do any of this, because the real joy of Cyberpunkis exploring the world and just chilling out in it.

With cybernetic implants you can scan random citizens, find wanted targets, and just generally dick around in the open world. Riding in the car listening to random radio stations reminds me of any number of games just like it; but the aesthetics of Night City and the denizens within are worth it. The side quests blow away basically everything I’ve experienced in the campaign path so far. I’m looking forward to splitting my time between them. 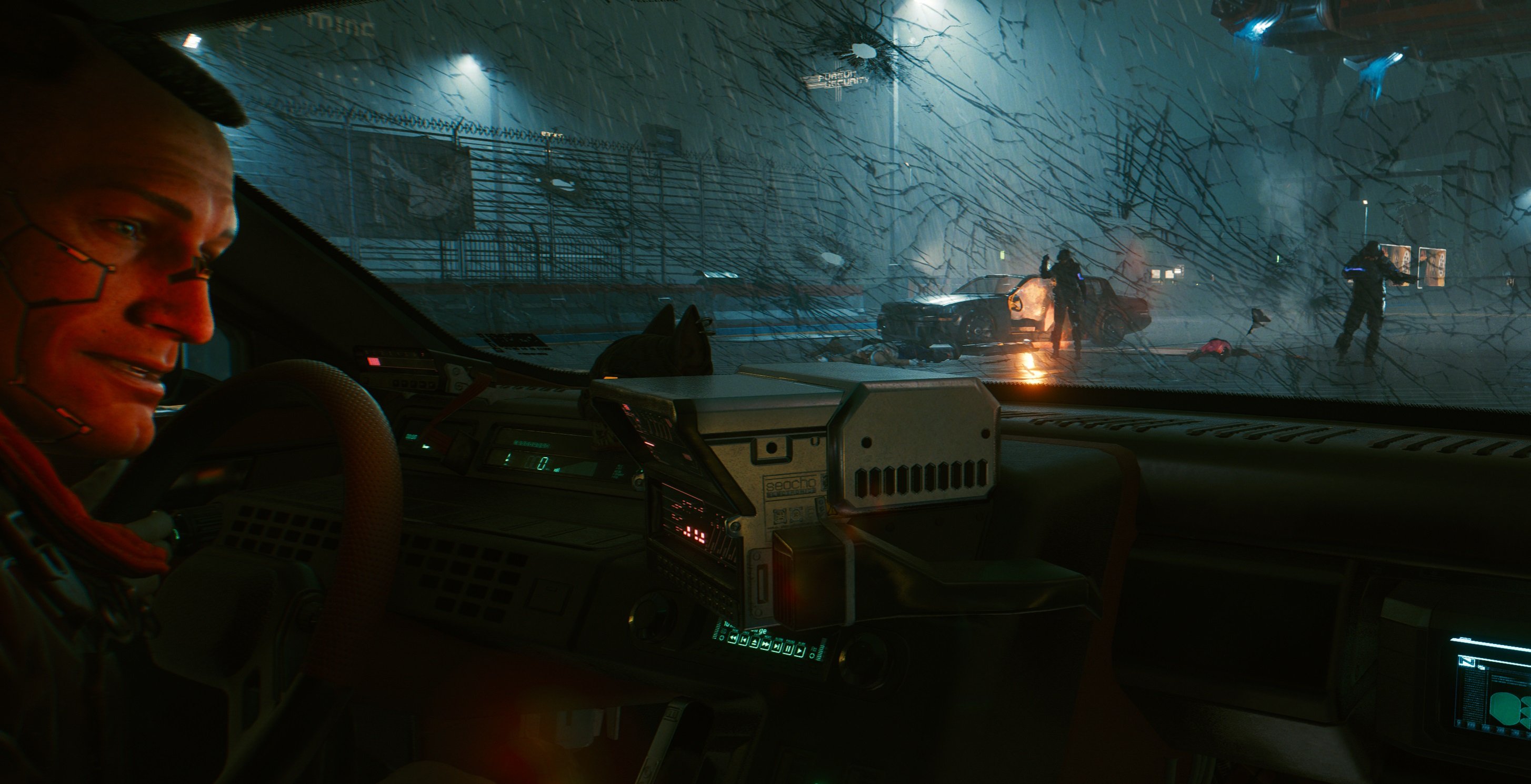 For as bad as it is at some other tonal nuances though, Cyberpunk 2077isalso decent at making you feel like a lowly everyman (I went with the Nomad path, one of three options). The conversational upgrades and backstory dialogue choices are a bit more subtle, seeking to add some natural flavor to events instead of completely dominating them like a few other RPGs would. Things like complimenting someone on their PC setup or telling a buddy how to upgrade their motorcycle is all fun little fluff.

I use the term RPG lightly because it can barely be considered one thus far, with mostly menial status upgrades to juggle sometimes, and rear-view crafting. As it stands, I basically just upgrade a few numbers here and there and make with the shooting. Gunplay works similarly. You hit someone in the head, bigger numbers fly out due to a headshot (it’s not simulated, it’s real-time FPS action). Occasionally you fight a big bad that has a health bar. A lot of this is straight out of an open-world Ubisoft shooter.

Consider me shocked, but I’m playing it on PC, and haven’t noticed any major or game-breaking glitches so far: just a collective of little problems that show a lack of polish. Things can get wonky, especially with NPC movement and pathing (the big thing is non-responsive enemy NPCs that just sit there and do nothing every so often), but I haven’t had a hard crash or a critical mission bug yet. I’m getting roughly 10-second load screens on an SSD too.

Cyberpunk 2077 is all mostly fine: not nearly as sweepingly epic as a few entries in their back catalog. CD Projekt Red has always had a penchant for world-building though, and keeps that legacy going. Over the course of this review period I’m going to be taking my time with it, sifting through various side missions while making my way through the critical path. That’s not just to avoid crunch; it’s arguably the best part of the game so far.