This sin is twice as original!

While I definitely loved the first Original Sin, it did leave a lot to be desired. Needless to say, I was excited when the sequel got announced and even more excited when I found out the game took place 1,000 years or so later so I didn’t have to try and remember all the details of the first game.

So far, the sequel is good enough to completely erase any memory I had from the first one, because this is the game I wanted the whole time. 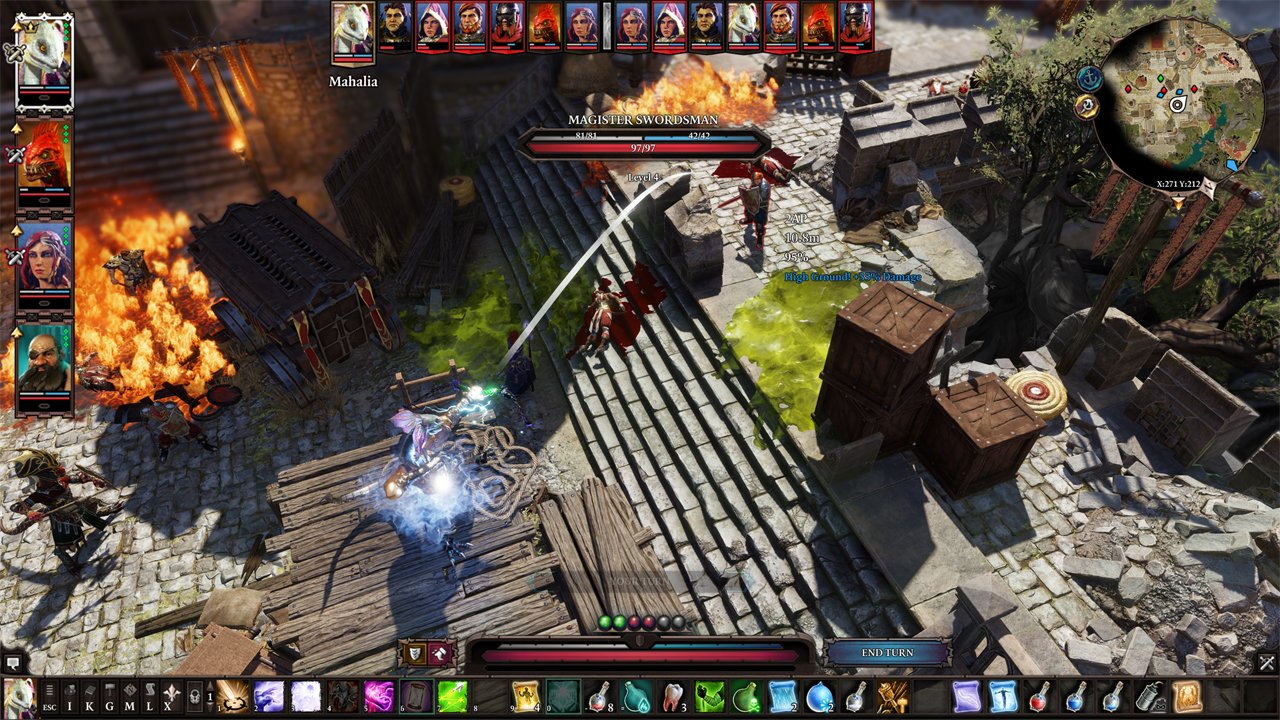 I was worried headed into Divinity: Original Sin 2because it has been so long since I visited the first game. I remember how enjoyable the first town was in the original and the basics of the world, but not much else. The characters and overall plot felt a bit weak for an RPG. If you asked me to name the companions, I couldn’t. So I wasn’t sure what to expect from the sequel: would they focus more on the overall plot? Character dialogue and personalities? The answer has very clearly been both.

Now, I’m only (“only”) a couple dozen hours into the sequel, but holy cow the improvement is noticeable. The verybeginning does a great job of keeping the player interested, but there’s a particular conversation/event that happens with a certain apparition (I won’t go into more details for spoiler reasons) that completely hooked me. I was already interested to see where the game was going, but once it revealed to me the truedirection, I couldn’t stop thinking about the game; I always wanted to be on my PC, advancing the story.

I love the companions that I’m adventuring with as well. The Red Prince, Lohse, and Fane are quite the trio of personalities. I almost regret rolling my own character as the fourth, since I was disappointed when I dismissed Sebille to make room for Lohse. A personal choice for sure, but running with four of the premade characters also sounds like a great time. That being said, I’m enjoying being an undead dwarf who can polymorph into different shapes while taking no guff from any damn NPC!

While the quest log still leaves something to be desired, the sidequests are as engaging as ever. A lot of this (and the story’s overall quality) has to do with everything being fully voiced. Generally, you’ll know if someone is important if they either 1) have a voice actor or 2) have a portrait. The latter has been phased out in recent RPGs that simply show the model in the dialogue pane, but the former has almost always been true. “Hey, that guy is actually talking, I bet he has a quest for me!” Now, I honestly don’t know if the person I’m about to talk to has some sprawling sidequest or is just complaining about life in Fort Joy.

It is genuinely exciting to talk to someone, see what they have to say, potentially trade with them, and either help them out or kick their ass. At one point, I walked up to play a game of cards with some strangers, placed down a card that always wins according to the game’s rules, and then killed all the other players as they got pissed off at me for having that card. I also lied to a dog about his friend to spare his feelings, because damn it I couldn’t bring myself to tell him what had happened. 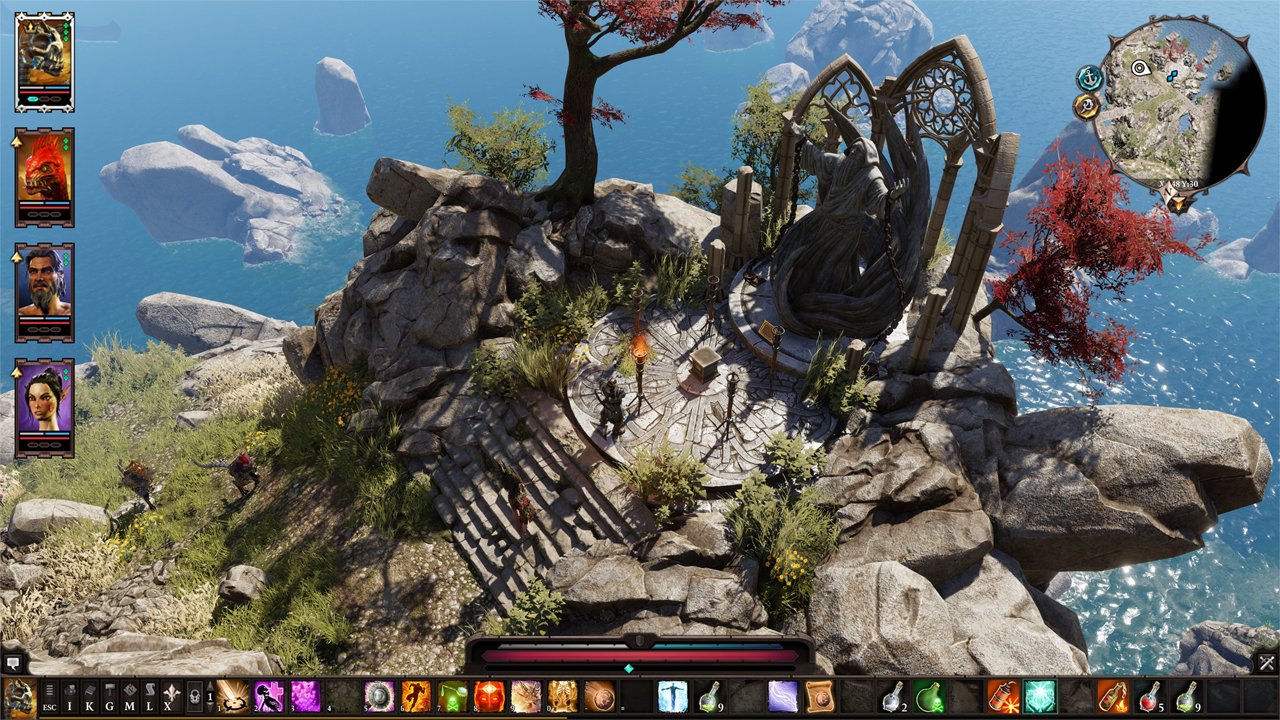 Combat is just as tough as ever, though streamlined to remove a lot of the tedium. There were times in the first game that turns felt like they were going on forever. AP is now capped at six, and while there are ways to regenerate AP with spells, the battles move much quicker. There is still a large emphasis on weather effects and spell combinations, which continues to force players to think out their actions before taking them. If you aren’t looking at the map before taking any turns, you’re bound to get screwed at some point in the battle.

The addition of the physical and magical shield bars are excellent. These stats act as a damage buffer when getting attacked. This not only affects what kind of loot you’ll pick up and equip, but how you approach each fight. If someone has a ton of physical armor and little magic armor, then it’s best to send your mages off in that direction. Ignoring these stats will make battles a complete hell, so again, always scan the battlefield before committing!

There are a lot of small things that continue to bother me as I play. The AI’s world map pathing is often complete shit. Your party members will go to great lengths to not walk through fire or poison, despite the fact that they will not be affected by it because of their magic shield. The only way to circumvent this is to unchain each party member and manually guide them through the obstacle. I also encountered a bug that forced me to replay over an hour of gameplay; I’m not sure why the game does not autosave at key moments to prevent this, but now I just mash the quicksave button at all times.

Divinity: Original Sin 2is already leagues ahead of the original, which was great in its own right. I’m genuinely invested in the story as well as the plight of my companions. Sure, there are a handful of nitpicks I can make, but rarely do they detract from what is quickly becoming one of my favorite RPGs since Dragon Age: Origins.