Coming to you from beyond the veil

Whelp, Bethesda isn’t sending out review copies before launch anymore, even though it saw fit to send copies to YouTubers. So here we are at the launch ofThe Elder Scrolls V: Skyrim Special Edition, and I’ll be taking my time to go back through the game.

For now, here’s some thoughts. 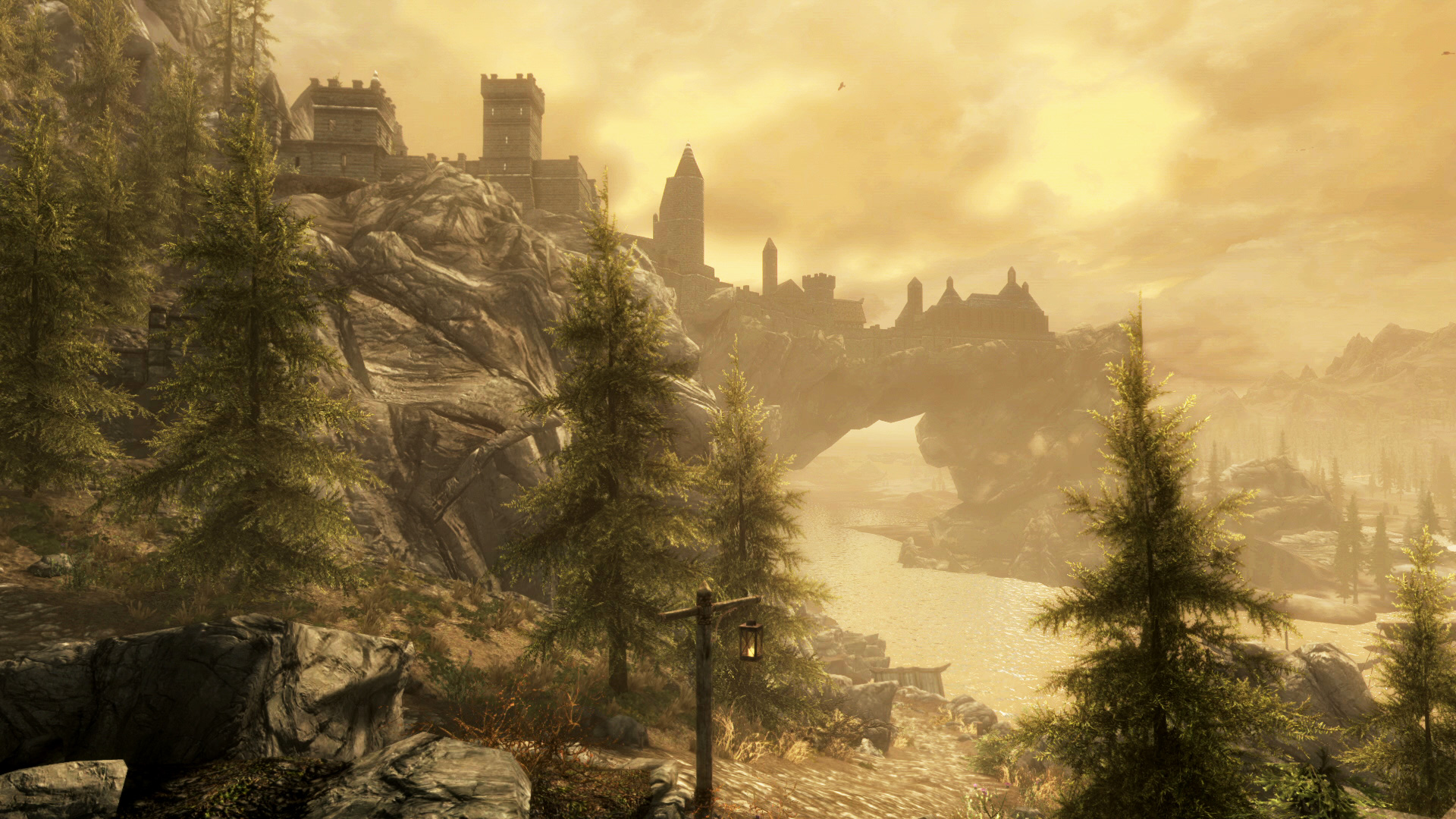 It’s been years since I started a fresh story in Skyrim. I mostly piggybacked off of my insanely overpowered character that I started way back when, jumping back in to check out the latest total conversion mod and the occasional DLC release. But even during that high point I could never shake the fact that the realm of Skyrim itself wasn’t as impressive as other areas of Tamriel, an observation that’s still true today. The main questline is a lot less satisfying the second time around, and begs the question if it was ever good enough to warrant all of the “Fus Ro Dah” memes.

But like most Bethesda games with a mediocre core plot, it’s all about the journey. The side quests and role-playing aspects are still phenomenally good. I love the interaction between races, and that while playing as a Dark Elf, folks constantly reference the providence of Morrowind. The lore is deep at this point, and it’s wonderful, no matter how many times I’ve ran through the town ofWhiterun. The faction quests (like the Dark Brotherhood) are still some of Bethesda’s best work, and randomly fighting (or fleeing) dragons is thrilling. So is the concept of practicing a skill to augment it, and that feeling of hitting that first open-world vista while the soundtrack booms after finishing the intro.

Does the Special Editionlook all that improved though? Not really. Even doing a side by side comparison with the 360 version, the devil is in the details. The coloring is brighter and stands out more, especially in the menus. The draw distance does look slightly better, and contains less instances of pop-in. I’m also getting less than three seconds of load times on the Xbox One on average, which is a plus. I didn’t really notice the“volumetric god rays” and “dynamic depth of field” effects, and the character models look hella dated (comically so), but the engine gets the job done.

Where I’m really noticing issues though are (cue the drum roll) the bugs. I’m still encountering nearly all of the same glitches I did 2011, including clipping problems, getting stuck in walls, and having quest NPCs not always appear where they need to. There doesn’t seem to be much effort here on that front from Bethesda, so if you’re going in assuming that a magic wand has been waved over its long history of buggy launches, you’re going to be disappointed, even with a re-release.

Don’t get too excited for mod support on consoles either. Just like Fallout 4you’re mostly going to get ancillary type stuff like costumes and other slight alterations, as everything has to be officially sanctioned by Bethesda anyway. On PC as always you can grab those total conversion packs that people work on for years (and sometimes never finish)like Skywind, so I recommend going that route — console mods are a bonus, not a system-selling feature. Speaking of mods, I have not tested out the PC edition, but my previously purchased copy did automatically upgrade on Steam, so expect some comparisons as I work my way through both versions in the coming days.

My plan is to complete the main story, all of the DLC, and a number of sidequests as I re-assess Skyrimfive years later. Truth be told I’m still a Morrowindfan at heart, because while Bethesda managed to successfully move each future iteration into the action realm (and far away from the dice-rolling nature of past titles), it sacrificed a lot of what made the series special.

[This review is based on a retail build of the game purchased by the reviewer.]