Down in the underground: a land serene, a crystal moon

As always, the reception to World of Warcraftebbs and flows.

When Legionwas released two expansions ago, it was praised as a marriage of new and old school WoW, uniting fans everywhere as a success. But when Battle for Azerothsubsequently hit, it was seen as a misstep. Now, Legionwas a better expansion overall. But a lot of the backlash for Battle for Azerothwas a natural result of some players recycling in and out of the game: a process that will continue throughout its lifetime.

Shadowlandshas the potential to recapture some of that magic of Legion. Let’s see what it’s got. 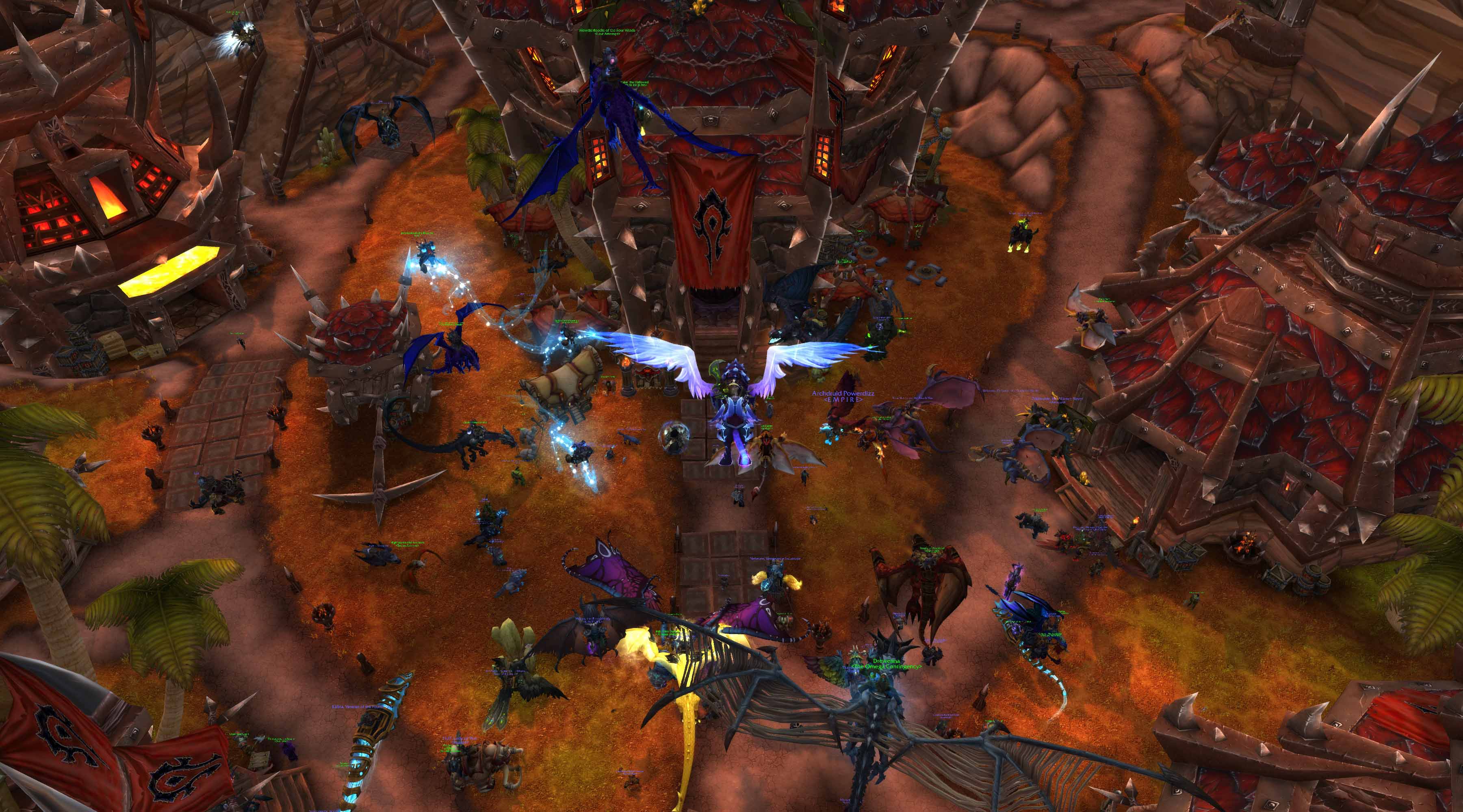 Minute one: queues? Not this time! For me, at least.

Blizzard delivered this expansion server-side, so if you’re already logged into World of Warcraft, you should be able to just…accept the Shadowlandsquest at 6PM ET. In theory. I had issues logging in ahead of time with my Blood Elf Demon Hunter (who was one of the characters I took through the last few experiences) around 5PM ET, but at 5:30PM ET, I was in the game and pacing in Orgrimmar with a large crowd. Some people in global chat were noting issues with using hearthstones and triggering load screens, but everything was OK for me.

Right on time, I began my quest to usurp Sylvanas and save the world from being merged with the afterlife: the crux of the expansion’s conflict. Just as Legionused tinges of nostalgia from Burning Crusadeto sell it, so too does Shadowlandswith traces of Wrath of the Lich King. It’s smart, as these are two of the most popular expansions to date, filled with some of the most iconic Warcraft characters in the series’ history.

Although the opening zone (The Maw) is a bit rushed and hokey at times, Shadowlandscontinues the strong narrative focus of the last few expansions. Voiced in-game lines help augment some of the flashier cutscenes, and mask some of the finicky first few quests. So far, I’m enjoying that wave of familiarity, thoughShadowlandsis definitely laying on the new stuff thick. 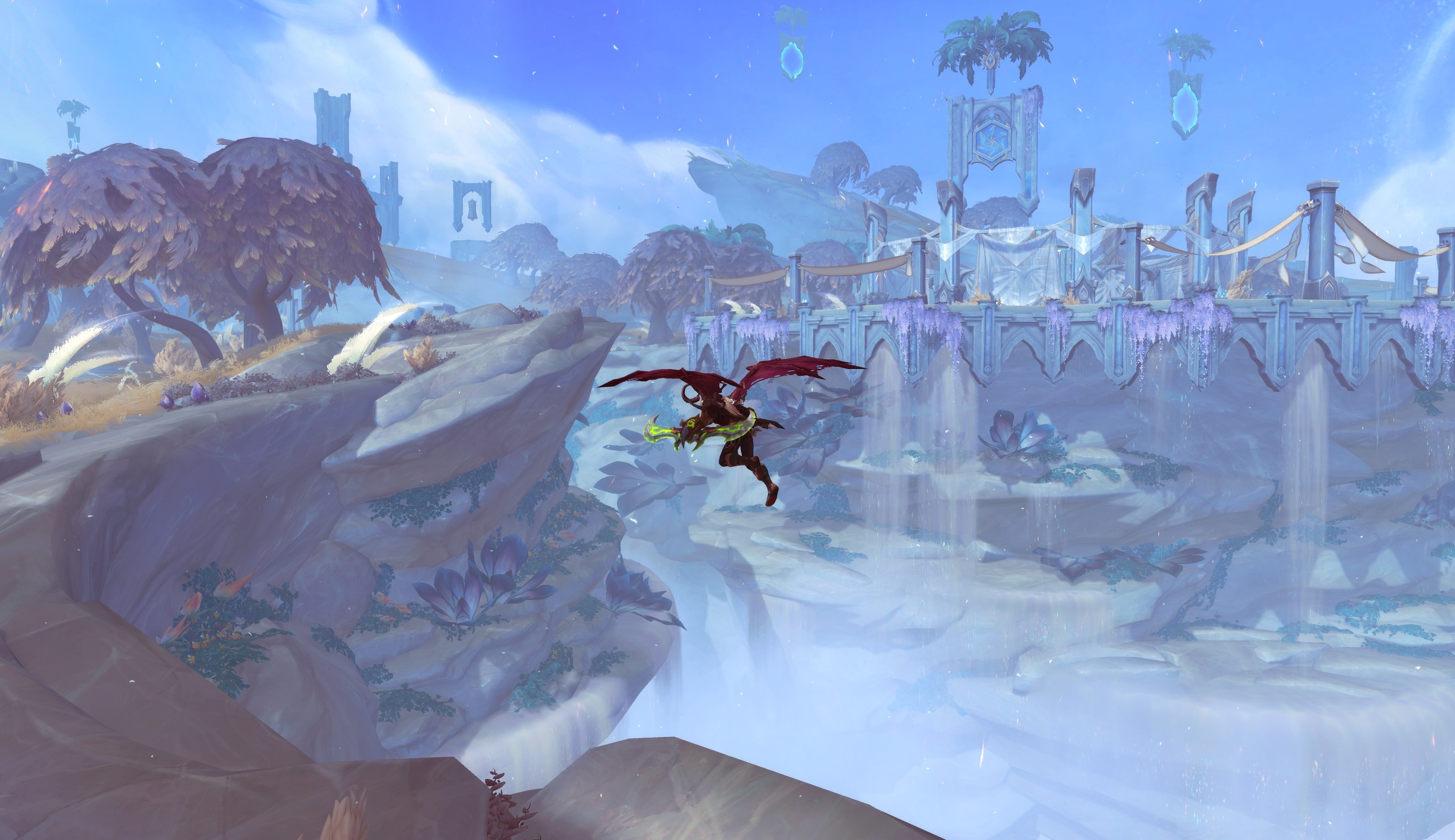 Oribos, The Eternal City, is giving me bigShattrathvibes. The stakes are also pretty big here this time around; before a future update comes to tell us that something reallymatters. Oribos serves as the beating heart of the afterlife of World of Warcraft, where a being called the Arbiter essentially judges and filters souls into various regions in accordance to their worth. Those four areas are the zones you run through in this expansion (levels 51-53, 53-55, 55-58, 58-60).

It gives an immediate weight to the adventure, and the Overseers, the mysterious beings that run Oribos, are fascinating in their adherence to their own dogma; and how your mere arrival muddles their religious code. This is a little more esoteric and nuanced than a direct conflict between mankind and the forces of the Burning Legion, or “Alliance versus Horde.” Even the denizens of the new zones seem confused by the events of the expansion, which rules, as you get to uncover the murkiness of it all right along with them.

I’m currently fighting my way through Bastion: the heavenly realm of theKyrian Covenant. It’s already a bit of a culture shock, heading from the despair-filled pit of The Maw into a bright and plucky realm full of angels. Hilariously, there’s even a Disney-like “welcome to the afterlife” quest to help you acclimate to Bastion; whose people have puritanical undertones throughout. I love it. Say what you will about ongoing support at any given moment, but Blizzard is still killing it with leveling content and the sheer star power of their zones.

World of Warcraft: Shadowlandsseems promising thus far; but then again, so did Warlords of Draenor in the first few hours. Stay tuned for our eventual full review after we’ve completed the expansion.