When I opened the box for the PlayStation Gold Wireless Stereo Headset there was a big, black hair waiting for me. A greasy one. 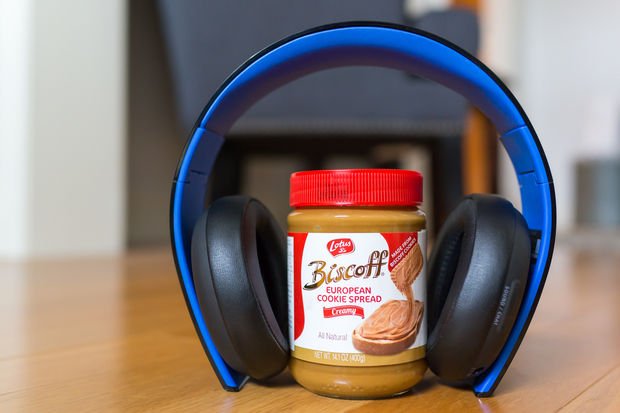 But the headset is fine. Great, in fact. Sony’s Gold Wireless Stereo Headset is a nice all-arounder, though I don’t know if I like it quite as much as I did its predecessor, the Pulse. The sleek, rounded design of this new set is a bit of a move away from the Pulse’s black gloss and metallic trim, though that doesn’t mean it’s bad. It just doesn’t look as fancy, and it feels slightly less substantial in the hands.

But it feels fine on the head. Nice and light. The earcups are huge and squishy, though the padding is thin enough that you can feel some hard plastic edges near where the cups meet their backing. It’s a set that may not look like comfortable, but it is. 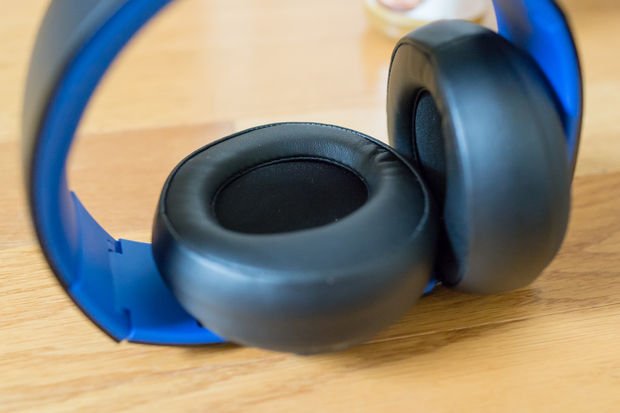 The Gold works with the PS4, PS3, and PS Vita, covering all of your PlayStation bases. For the consoles, plug-and-play means hassle-free usage: simply pop the small dongle into a USB port and turn on the headphones to get going. Small is nice for the on-the-go gamer, but it’s not nice for folks who easily lose things.

Volume, mute, and other functions done from the headset’s controls get on-screen confirmation natively, just as the Pulse headset did. 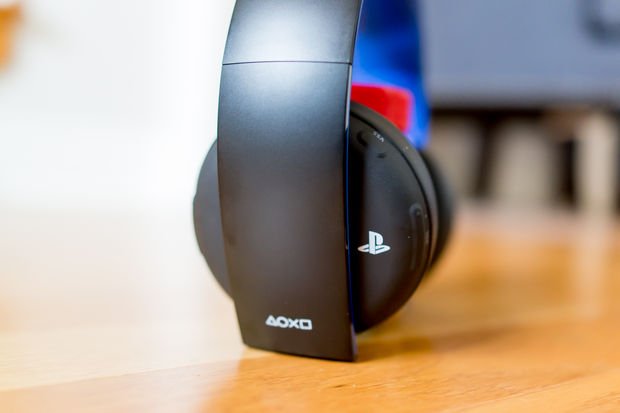 A Headset Companion App is available on the PlayStation Store, and it works with both the Gold and Pulse headsets. With it, you can select factory sound profiles to be uploaded to the headset, or even create your own with a three-band equalizer. There’s not a lot of room for customization, but it’s still nice to be able to tune the sound to your liking and save it as a selectable preset. By switching the power switch beyond the standard audio profile notch, you’ll be able to hear your custom preset.

For the Vita, the Gold headset works in passive mode through an included detachable 1/8″ headphone jack. And with this same cable you’re able to connect it to mobile phones, tablets, and other portables. The headset’s mic functions in this passive state, and seemed to work pretty well in both a test call and a Skype meeting. 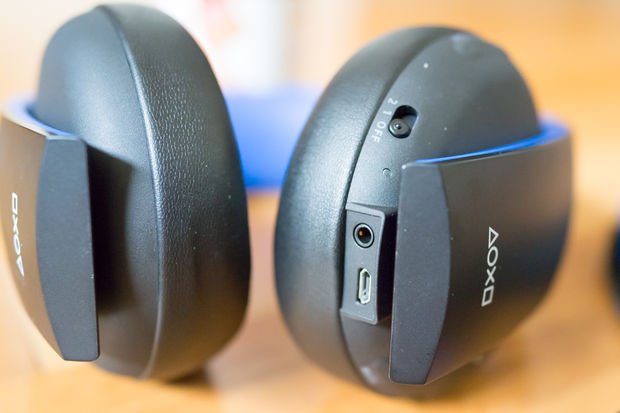 The PlayStation Gold Wireless Stereo Headset sounds nice. It hits the marks that I’d expect a $100 quality set of headphones to hit with its clean, balanced sound. In my tests, it gets nice and loud, and even at its top setting is free of audible distortion.

Virtual 7.1 surround can be toggled on and off by holding in a dedicated button. The sound was wide and crisp in test sessions of Strider and The Last of Us: Left Behind. This was some of the best simulated surround I’ve heard in a gaming headset.

But I think the headset sounds much nicer overall with the virtual surround sound mode off. Again, the VSS seems to work just fine, but the nice, full-frequency response takes a small hit with it on. It’s switched on by default, so if you’re wondering about the sound right out of the box, that’s why. 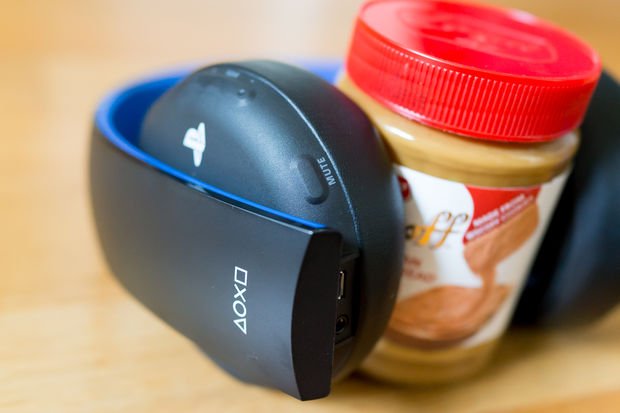 The Gold Wireless has a raised volume rocker on the rear of the left ear cup, and a sound/chat balance rocker on the front. The mute button is just below the volume rocker, but it’s so smooth and barely raised that it’s kind of hard to find by touch.

The bottom of the left phone features a micro USB port for charging (a very short cable is included) and an audio input jack for passive use. The battery charged to full out of the box very quickly, but after draining it following a full day of use, it took a few hours for the charge light to shut off again. I got more than seven hours of use on that first charge. If you’d like to charge while you play, the DualShock 4 micro USB cable works fine. 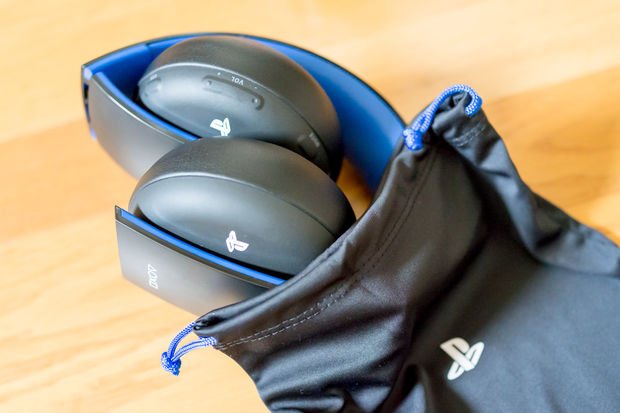 The ear cups fold inward toward the headband for portability’s sake. Closed up like this, the headset fits nicely in the included drawstring carrying bag. The faceplates are also easily removable (they slide downward and off) and customizable. 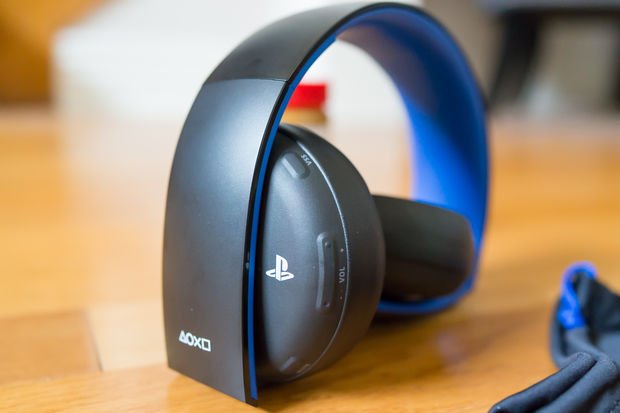 If you’re a PlayStation-only gamer, you’re getting everything you’d need in one $99 headset with the PlayStation Gold Wireless Stereo Headset. It’s not as classy looking as its predecessor was, but it’s comfortable, works well, and sounds great.