$100 Collector’s Box does not include game

Not only have Rockstar Games confirmed the pre-order bonuses, that briefly popped up online this weekend, they’ve also gone and unearthed a range of releases for their six-shooter sequel, Red Dead Redemption 2.

Red Dead 2 will indeed feature the War Horse, Cash Bonus and Outlaw Survival Kits for all of the game’s digital pre-order customers. Rockstar have also opened pre-orders on a Special Edition, Ultimate Edition and Collector’s Box for the anticipated open-world adventure. Hope you like DLC extras, pardner.

The Special Edition ($79.99) includes a copy of the game and a bunch of story content, including exclusive horses, weaponry, outfits and in-game events. Also included are character stat, cash and gameplay boosts. One of the story extras is a “Bank Robbery Mission”. Imagine a game, set in the wild west, where a bank robbery is a DLC quest. 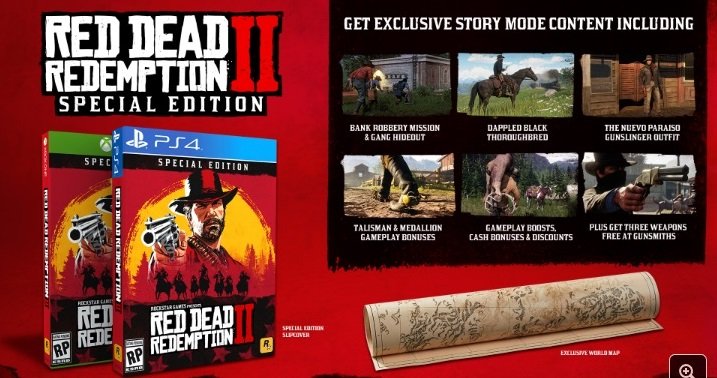 The Ultimate Edition ($99.99) includes the game and all of the aforementioned Story Mode extras, plus more DLC content, specifically for use in the game’s online modes. These include another horse, along with more outfits, weaponry and a “Survivor Camp” theme. Also included is a Rank Boost to allow you to get your gunslinger up to level 25 faster. 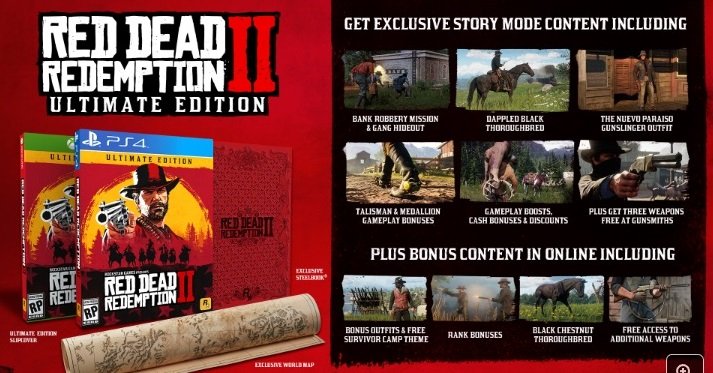 Finally, the Collector’s Box ($99.99), which comes packaged in a cool, lockable treasure chest, contains a plethora of physical goodies. These include a jigsaw puzzle, a set of themed playing cards, a bandanna, a set of pin badges, a treasure map, a collectible coin, 12 cigarette-style cards and a replica of the in-game “Wheeler, Rawson and Co.” catalogue. However, you do not get a copy of the game itself. 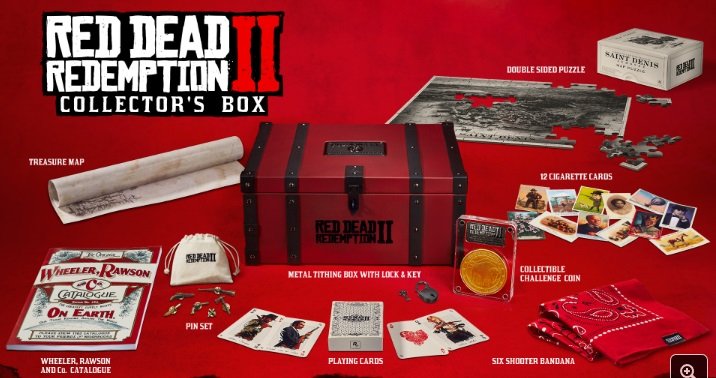 The Special Edition and Ultimate Edition are available to pre-order now. The Collector’s Box can be pre-ordered from the Rockstar Warehouse, and will be available at select retail outlets.