Can never have enough farming in my life

3DS-to-Switch ports are something I never thought I wanted in my life, but when the wait for the next great game in your favorite franchise is months or years away, they’re actually wonderful stopgaps, reminding you of exactly why you love a series so much to begin with. Case in point: Rune Factory. The action-RPG spin-off of the Story of Seasonsfranchise hit big out of the gate, spawning three handheld sequels, one fantastic Wii game, and the so-so Tides of Destiny.

We know Rune Factory 5is on the way, possibly coming to Japan next year. In the meantime, there’s Rune Factory 4 Special, an HD port of the 3DS game. Published by Xseed Games, it’s set to launch in the west later in 2019. This week at E3, I took the Switch port for a spin and found that life as a farming princess never gets old.

Like the original game, Rune Factory 4 Specialcasts players in the role of a prince or princess, as decided at the beginning of the game, who rules over the town of Selphia while also tending to the garden, completing requests from townsfolk, and adventuring out into the wilds around town. The E3 demo cut out most of the opening narrative, letting me choose the gender of my protagonist and giving me free reign of the game. Immediately, I ran to my garden and started cleaning it up, harvesting crops, tilling the soil, and sowing some seeds.

The controls are a bit loose but nothing vastly different than what I remember on the 3DS. The quick select button for my tools and inventory is a godsend throughout my play session as it makes farming a snap and combat a breeze. I’m not able to do much adventuring outside of the walls of Selphia, but what I am able to experience is the type of solid gameplay that has made the Rune Factory series so revered by fans. Also, the ability to quickly teleport back to my bed at the end of the day when I’m nearly out of energy is a real time saver. 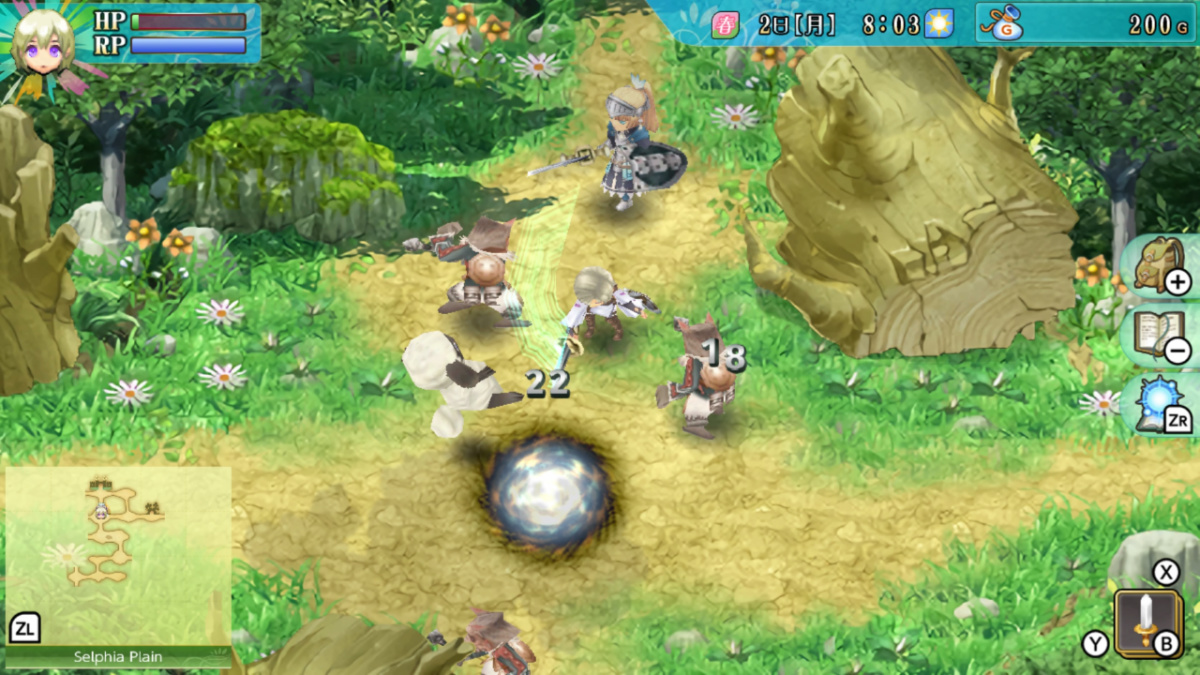 Fans of the game should be happy to know that so much of what made Rune Factory 4so wonderful on the 3DS holds up on Switch. The art direction is stunning in HD, even if the character models lack the detail found in other games on the console. I was worried it might be hard on the eyes, but it is anything but. The character portraits look absolutely crisp in high definition and the town of Selphia is a beautiful mix of eye-popping colors and gorgeous architecture. While I still love the look of it on my New Nintendo 2DS XL, there is no way I can go back to it after seeing it on Switch.

As for what’s new in this port, Rune Factory 4 Specialwill feature new story cutscenes, a “Newlywed Mode” that’ll allow players to strengthen their relationships after they’ve tied the knot, and a “Veteran” mode for returning players. Even without those additions, it’s been so long since I’ve had Rune Factory in my life that this is just what I need to satisfy that unique mix of farming and combat I crave.